Searching the Sunless Skies For A Reason To Care 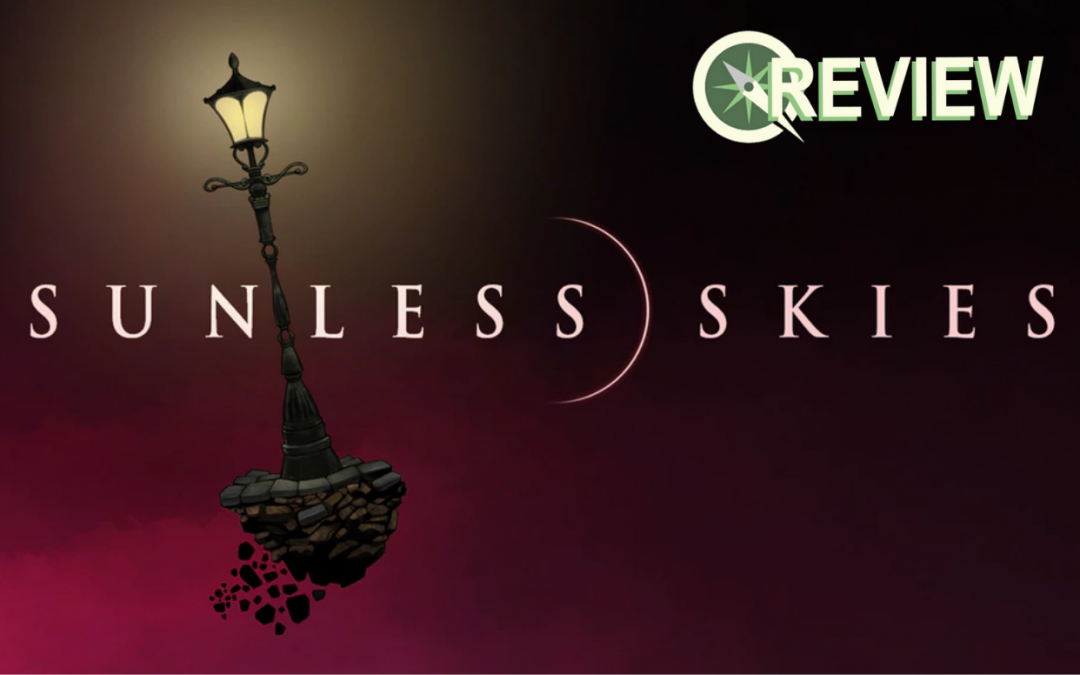 I’m frustrated by Sunless Skies. Not just in the “it’s difficult and I’m tired of dying” way (it is, and I am), but in the “this could be so much more than it is” way. At five hours into the game, I’m unable to make it past level three, partially because every time I die my new captain starts at level two. I can sometimes make it exactly to level three, only to then lose that progress to four swarms of Chorister bees attacking simultaneously.

Don’t get me wrong, I like the game. I keep going back in, hoping to grind for just a bit more, hoping to get just a couple more things, but I come away feeling like I’m playing it wrong, somehow, because I can’t seem to make any progress at all. The losses with each death are too great; and when I start with a new captain, I start at the same port, with all the same quests, no matter which ones I’ve already finished. For all that I’m living the life of a new captain, it feels more like Groundhog Day; my identity doesn’t change save for a few numbers here and there, and a slightly different character portrait. Everyone interacts the same way, everyone wants the same things. It’s monotonous. The Incognito Princess seems like she might have an interesting story; I wouldn’t know because I can’t get far enough to find out. I’ve seen this exact recruitment screen about five times, though.

The game’s construction is meant to give you a sense of isolation; you’re exploring the darkened skies, looking for your fortune. But what, exactly, are you exploring? This map is full of established civilizations that aren’t that far apart from one another. Why does this map need charting? Surely with all of these ports, there should be established sailing routes? I don’t feel isolated when I die aboard my ship far from port; I feel annoyed that the inhabitants of this world are so bad at navigating it. If I were the one establishing ports, that would be a significant change, I think; there would truly be a sense of the unknown involved, a sense of discovery. As it is, I’m playing one captain after the next, sleepily chugging along to find places I should already know how to get to. Much has been made of the game’s sense of dread, but I’m not getting that. There’s nothing here that frightens me. Dread is just another number ticking in the corner of my screen, a resource to manage. Am I meant to fear death? I don’t; I’m only inconvenienced by it.

I come away from Sunless Skies with the question, “Why a video game?” Everything story-wise is delivered as text on cards, there are level mechanics, inventory management; this is a tabletop game masquerading as a video game. I suspect I’d like it a lot more if it were actually a tabletop game, as the only isolation I feel in Sunless Skies is the isolation from friends whom I’d rather be sharing this adventure with. I want the ability to make characters who feel like they matter, who have story and investment and aren’t just a collection of stats next to a mildly customizable silhouette. The dread would land for me then, I think. If I cared about my captain, I’d care about losing my captain. Madam McAdam does have a nice ring to it, though.

The game plays largely like Sunless Sea, and like Fallen London before it. It’s a series of clicking through story beats with random number generation determining your success. The ease of RNG is affected by your stats, just like in those games. The only real differentiating factor is in the movement, and even that isn’t too different. It’s still a top-down navigation system welded on to the original mechanics that Fallen London led with. Combat is a lot of circling enemy locomotives, using your side thrusters to dodge their attacks whilst waiting for the moment to fire your own. If your hull’s reduced to zero, you die.

Actually, that’s another point that bugs me. Why is it always the captain who dies when the hull’s breached? Your locomotive is recovered and your new captain assumes command of it, with the same size complement of faceless, identity-less crew members. It feels like a basic health mechanic that was given some flavor text that somehow caused it to make less sense; a hull breach causes you to be sucked into the void and perish, so does your crew die with you? Are they new faceless crew members each time you roll a new captain, or the same ones? Are they just cycling through them, each grist for the mill? That would certainly fit the aesthetic of the world, even if it wouldn’t actually provide a lot of motivation to pursue a career piloting a sky train.

Honestly, the thing that saves Sunless Skies is that for all of my frustration, I like playing it. I don’t even know why—it’s a mediocre update of mechanics that Failbetter has been working with for a few years now, and frankly I’d been expecting more. It needs something new or exciting to offer, and it doesn’t have those things. It needs a multiplayer function in order to share adventures with friends. It needs to give the player a reason to care.