Grief in Gris is Gentle, Immersive, and Limited 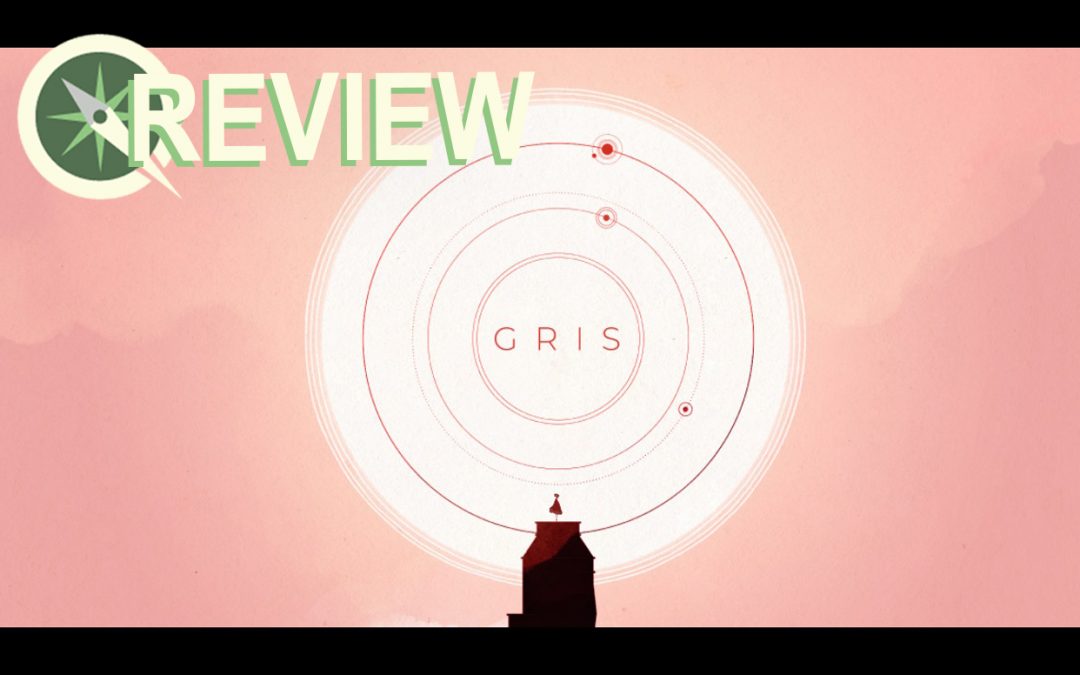 Gris is beautiful, haunting, and sweet. It is a story about loss and the ensuing grief, and—more importantly, I think—about recovery. The game guides you gently through a beautiful, fantastic world, full of watercolor textures; simultaneously barren and full of quietly chittering wildlife. Gris holds itself at strange inflection points: it is somehow full of soft sharpnesses and comforting desolations.

In Gris, you play a young girl or woman who the marketing copy tells me the game is named for (and I have to look to the marketing copy here, because the game is itself is almost entirely free of written narrative: the only language in it is the title, the deliberately sparse menus, and small checkpoint notifications that appear when you’ve finished a chapter or found a certain kind of area). When you, the player, embody Gris—the girl, not the game—she has just lost something dear to her. She is despondent, practically limping through the flat white landscape.

Press B to jump, I think. I press B. Gris collapses to the ground, sits a beat, and then slowly drags herself back up. I try A, she collapses, and she stands again. This was good, for me. Over the course of the game, Gris collects stars, rediscovers new colors, and slowly regains her agency in the world. She learns to jump, to fortify herself, and to glide (among other things). I get the sense that she had these abilities before, but in grief she lost them. She didn’t forget how to do them per se, but they were lost to her, and only through time and exploration (and, for the player, some light platforming and puzzle solving) could she gain access to them again.

This was good for me, too. I’m lucky to have never experienced true, heart-ripping grief, but I have been very sad and nearly broken, and when I was I seemed to lose the will for things that I hadn’t strictly forgotten how to do.

Gris carries her grief through a truly impressive hand-animated world. The linework is scratchy and layered, but polished in that way pen sketches can be, and every single environment introduces new visual delights. Floating stones and crumbling castles are laid over splashes of beautiful watercolor, and the game’s palette gains delightful complexity as you progress. Between the lovely soundtrack and absolutely stunning sound design (the first time I dove Gris into deep water I gasped), the game was able to grab hold of my consciousness and let me set my anxiety aside for an hour while I played. I played on my Switch, curled up in bed—which, let me tell you, was great for the cozy factor—but there are some moments where the game pulls the camera way far out, which would have probably been both easier and more arresting to see on a larger screen. On the other hand, that may have made the dissonance between how characters’ lips moved and the sound of the songs they sang more pronounced, which. Well, it felt weird, in a game where voice and song are so important.

Gris’s strength is in its setup, and in the world it weaves. The metaphors of the desolate but rebuilding world, and of Gris’s powers returning as she picks herself back up, are poignant, resonant, and hopeful. But the game’s ending takes that hope perhaps a step too far, and in doing so steals some of the wind from its own sails.

(Now I am going to talk about spoilers, sandwiched between two images for your convenience. Scroll on past the image with the swirling black eel if you don’t want to know details about the story progression, or how the game ends.) At the beginning of the game, Gris clearly loses two things: her voice, and a giant stone lady who she seems to like a whole lot. The stone lady crumbles, and Gris’s voice curls up and dies in her throat. Gris falls, falls, falls, and when she lands she cannot sing, cannot jump, cannot even run. The world is white and gray. Gris is very, very sad.

The game goes through a series of chapters. Each one represents a stage of grief, flagged by an achievement notification when you find the right statue, and in each one Gris regains an ability and reintroduces a color to the world. In the final one, the only one that does not end with a new color, Gris regains her voice.

I liked all of that. As Gris heals and learns to live with her loss, she is able to regain her agency and see beauty in the world again. Eventually, she regains the ability to do the thing that brought her the most joy: her voice comes back, and she can sing. She is allowed to be happy, and bring happiness to the world, even after the loss of someone unspeakably dear to her.

And then the stone lady reforms, and the story resolves with Gris having lost nothing but some time.

In January, Sidequest spent some time talking about endings. We felt that good endings are consistent, and that they carry emotional weight. Good endings to sad games are not necessarily happy, but bittersweet. In giving Gris back her love, Gris undoes its central lesson: that even with loss, you can go on living. The sadness is real, but the world is full of good and lovely things that are good and lovely outside of or alongside that loss.

In real life, the reward for accepting loss is not the chance to get back the thing you lost. The reward is the acceptance itself, and perhaps the chance to enjoy other things again. (Or maybe thinking of there as being a reward is still reductive.) In a game that has built itself around deeply resonant metaphors for grief and loss, the happy ending didn’t feel like a good one. Ultimately, Gris is a beautiful game from a promising new studio. Even with my disappointment regarding the ending, I would buy it again—it’s well worth the four or so hours of immersion in the beautiful world and lovely soundtrack. If you’re looking for a true puzzle platformer, the game maybe isn’t for you, though; Gris’s platforming feels a lot more like something to do with your hands while you explore the environments than quote-unquote “exciting” gameplay. Similarly, if you want a more open world, the game will miss the mark: while the world is gorgeous and ripe for exploration, it’s difficult to do so after finishing an area without going and selecting the relevant chapter in the menu, thus breaking your immersion in the world.

Regardless, I enjoyed my time with Gris (the girl and the game, both). I hope it does well. I want more like it.

I played Gris for #9 of the #SidequestChallenge: a game without written narrative. See what other people are playing here.