#SidequestChallenge: 20 Games to Play Before 2020 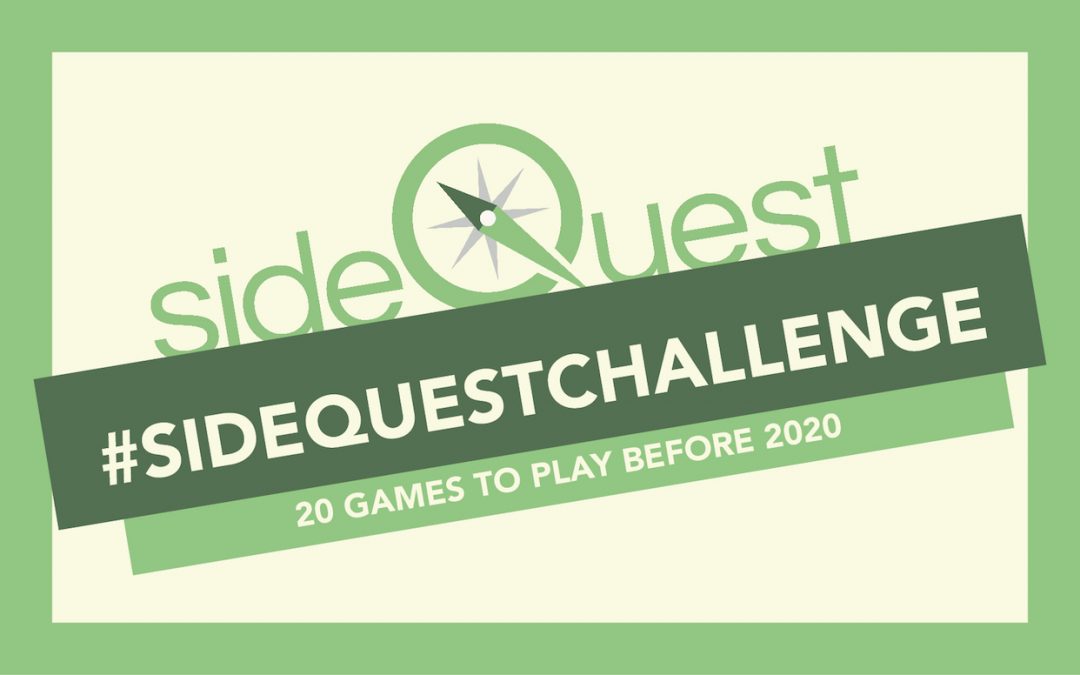 Well, against all odds, we made it all the way to 2019, and what better way to kick off the year with the right goal-achieving attitude than… making a list! (A lot of us are planner nerds and it shows.)

But player, do not worry—this isn’t a “spend all my money on games” challenge. Tabletop, mobile, and free-to-play games absolutely count, and there’s a wealth of inexpensive or even free indie games you can support on Steam, itch.io, Humble Bundle… you name it. Conflating two or more requirements into one game alone is also valid, because we’re all busy and tired and it’s only January. Download a PDF of the list and let us know of your progress and your chosen games on Twitter or Instagram using the hashtag #SidequestChallenge! And if you have extra spicy (or glowing, or thoughtful) thoughts on a game, reach out to us—we’re always looking for fresh reviews and pitches!

Have a great gaming year, everyone!

Note: This Challenge was inspired by WWAC’s and Bookmarked’s challenges, on comics and books respectively. Don’t miss out on those!