Review: What Can Be Found In What Never Was 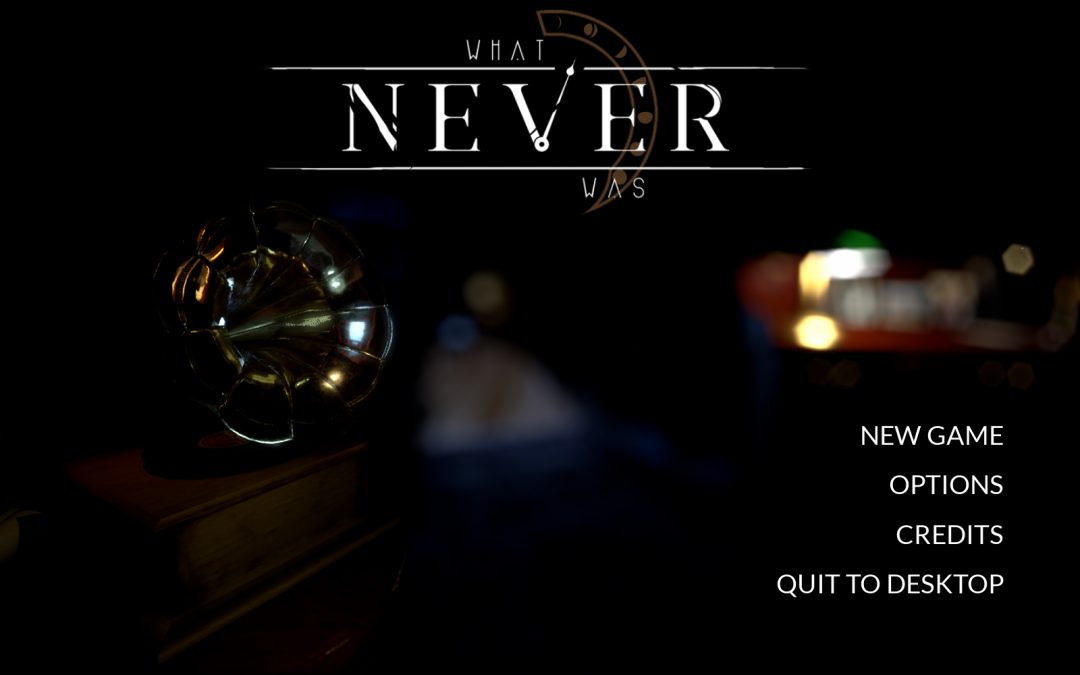 All you have to do is look.

What Never Was is a first-person exploration game that puts you in control of Sarah, a young woman faced with having to clear out her late grandfather’s attic. In doing so, she uncovers that the man she knew has seen and learned more than what she bargained for. The things she finds there could lead to answers about the mysteries of her grandfather’s life. Sidequest was provided with a copy of What Never Was for PC in exchange for a fair and honest review.

What Never Was is confined to one room: the attic. From Sarah’s perspective, you maneuver through the small space and click around to examine the numerous relics and other curious objects her grandfather has left behind.

What appears simple is not all that it seems, and soon enough you are thrown into some puzzle-solving and item-collecting in order to progress. For instance, you will uncover an incomplete diary, and completing it is vital to provide clues in solving other puzzles.

What Never Was seems to draw inspiration from other titles of similar genre, such as Marie’s Room and What Remains of Edith Finch. And like these other games, it tests the question of what interactive narrative means, given how much the player is prompted to actually do compared to the standard adventure game experience.

What Never Was‘s current iteration is very short and can easily be completed in under half an hour. Gameplay is quite minimal, and much of the experience comes from drawing your own conclusions about Sarah and her grandfather rather than stressing your brain over completing the puzzles.

But ultimately, What Never Was will leave players asking if there is more to it, and the game proves that this can be both a good and bad thing.

What Never Was concludes on an anticlimactic note, easily prompting many eager thoughts of what will come next. I was personally left feeling that Sarah and her grandfather’s story was not resolved, and more questions than answers came to mind. The game explores the complexities of who Sarah’s grandfather may actually be, but it doesn’t quite explain the value of the items you uncover. The deliberate ambiguity clouding Sarah’s grandfather and his life, on the other hand, thoughtfully provides players with room for their own opinions on what exactly is going on. However, even if What Never Was is technically incomplete and is part of a much bigger picture, this ambiguity overshadows and sacrifices Sarah’s closure.

Given it is a very brief, free to play experience, What Never Was is still something that is worth trying out. As a possible prelude for what else is to come with this developer, it is something to keep a lookout for, perhaps as part of a bigger, more developed narrative.