The Best Thing About Fantasy Football Is Annoying Your Coworkers 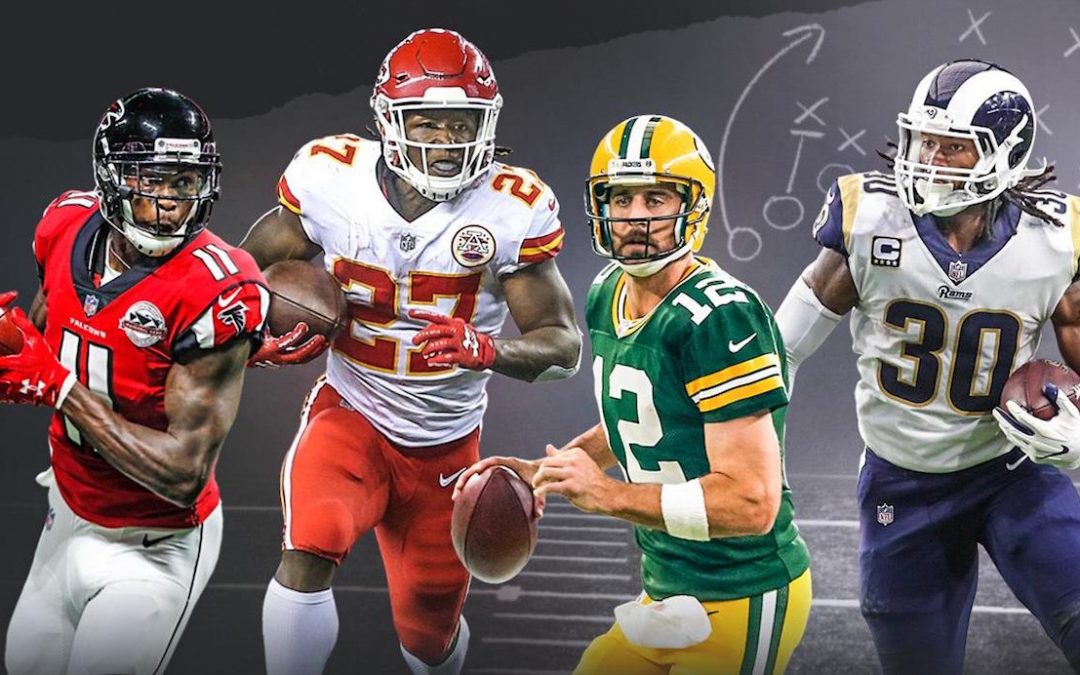 My introduction to Fantasy Football wasn’t particularly glamorous. I was asked, rather desperately, if I might be interested in joining the fantasy league at my small company, because you can’t play unless you have at least eight people. Seeing as I know a little bit about football and I have a passion in this life for sports shit-talking, I was happy to agree. Plus, a Chipotle gift card was on the line for the winner, so clearly it was pretty high stakes.

I like the idea of Fantasy Football. I’ve heard it described before as “Dungeons & Dragons for jocks” and while I don’t necessarily think that’s actually true, it makes me hopeful for a day where enthusiasts of math-based hobbies could all get along. When my fiancé looked at my fantasy roster, he scoffed at it a little. “You said this was fantasy, but I don’t see any wizards on your team.” I told him that I didn’t appreciate him making unfair assumptions about the Pittsburgh Steelers’ capacity for magic.

In honor of the shitposting I intended to do, I named my team “Show Me The Ketchup” and made my profile picture a low-res jpeg of a Heinz ketchup bottle. This was primarily a reference to a tweet that I think about entirely too often. But ketchup also has another meaning for me, as a football fan in Buffalo, NY! The “Ketchup Man” is a minor local celebrity for those of us who tailgate at Buffalo Bills games. Honestly, you don’t have to know shit about football to be able to play fantasy effectively. If you’re playing online, all of the numbers are right there, laid out for you. All the players are ranked. Everyone has an estimated score for the week. (I say “if you’re playing online” as if there’s any other option, but I have no idea how anyone managed to keep track of all these numbers before the internet, it sounds like a nightmare.) There’s a lot more nuance that you can get into, like how strong the opposing team is against certain positions, what the weather is going to be like in the city where the game is happening, and if they’re playing in a covered stadium or not. Honestly, the amount of nuance makes Fantasy pretty fascinating to me as a game, but luckily, all of that information is also laid out for you so you still don’t have to be an expert even if you want to take that deeper dive. (I played on Yahoo! Sports but I assume that other fantasy platforms are similarly helpful.)

I ended up making all my decisions mainly based on the “percentage owned” statistic, which refers to how commonly a player is owned across all of the Yahoo leagues. I assumed other people who play fantasy are smarter than me at this and I should just copy their decisions if given the option. With a little luck, and as long as you remember to keep an eye on your roster to switch players out on their bye weeks or if they get injured, you can make a pretty decent showing with this strategy. In fact, I hovered around second or third place all season, which meant that my shit talking was pretty choice (and often condiment related). I was happy to end the season in 4th place, squeaking into the playoffs. And I was thrilled to win in the semi-finals against my boss, the first place team at the end of the regular season, who changed his team name to “Buffalo’s Nightmare” in a failed attempt to intimidate me.

This is the gif I sent him after I knocked him out of the running.

At that point, I had cinched my place in the fantasy Super Bowl and I felt like the little shitposting team who could! Unfortunately the Chipotle gift card was still just a pipe dream. I lost in the finals by an infuriating margin of less than 4 points, all because my best player, Todd Gurley, sustained a last minute knee injury. Such is life in the world of sports, I guess!

Overall, the best thing about Fantasy Football is that it’s an intensely social activity. It gave me something to bond with my coworkers over, which is particularly valuable for someone like me who works from home! I texted my friends who were in their own leagues and asked how their week was going. I suddenly cared about the football games that were playing at the sports bar because I could look up and see how my players were doing. When my friends invited me to their family’s Thanksgiving dinner, I immediately had something to talk about with all their cousins, even though we didn’t share a primary language. Fantasy Football brings people together.