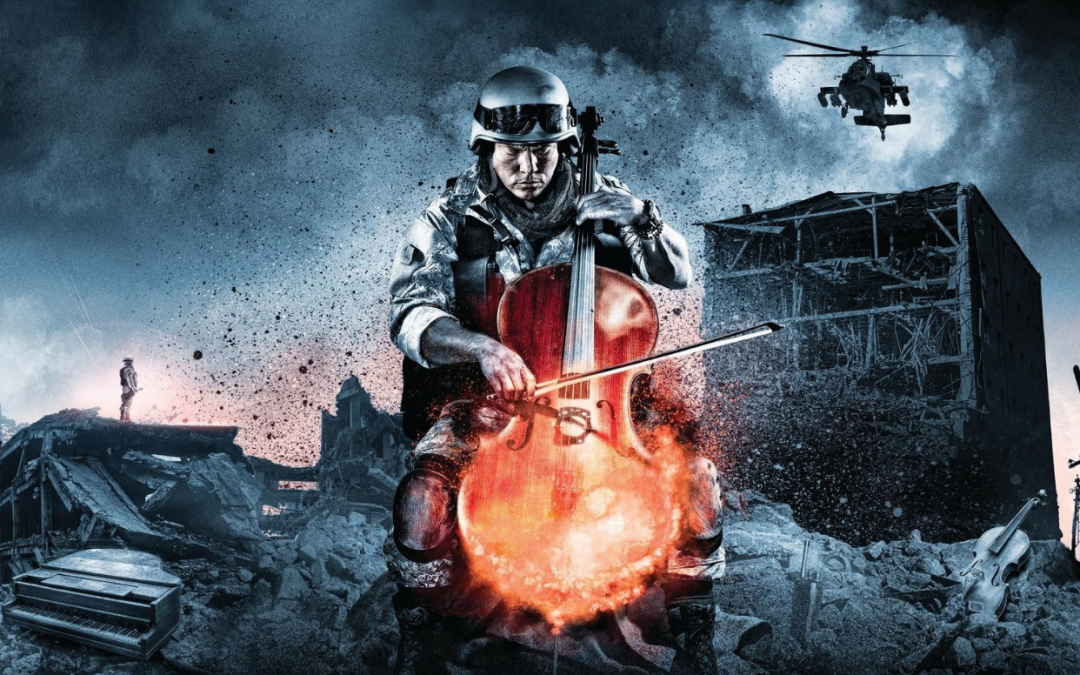 Now, to be fair, I’ve never actually sat down to play No Man’s Sky while listening to podcasts. But as I was thinking about this, and all the other things I do while playing games, I realized that there’s a not insignificant part of my gaming history intertwined with the music I was listening to while playing. So, as always, I asked the Sidequest crew what they thought!

What music or podcasts do you listen to when playing games?

Melissa Brinks: To be honest, I don’t listen to music or podcasts when playing, much. I prefer narrative-heavy games, and listening to stuff that isn’t meant to go along with the game often distracts me. I do have an Overwatch-specific playlist, however, because I like destroying the enemy team while listening to Carly Rae Jepsen.

Emily Durham: I agree, Melissa; I also tend to prefer narrative-heavy games. And a lot of the video games I play have amazing soundtracks already, so I don’t feel the need to add extra music to them. That said, I do enjoy listening to music and podcasts when playing board games! I’ve been listening a lot lately to Rachel and Griffin McElroy’s podcast Wonderful!, which is so sweet and charming and positive. (I am in general a huge fan of the McElroy family’s various podcasts.) But it’s important while playing board games that I can zone out to focus on strategy, then tune back in when there’s downtime. So in a board game context, the music/podcast itself can’t require too much of my attention.

E. Forney: For video games, I almost never listen to music that isn’t the soundtrack or ambient noise from the game. Although, some mobile games have minimal or repetitive music that you can turn off (Pokemon Go, Holedown), so in that case I just listen to Spotify or the radio while I’m playing. For board games, my friends listen to electro-swing a lot, especially Caravan Palace. That or the genre of music I like to call “inoffensive indie rock” or the kind of things you’d hear in the background at a cafe.

Madison Butler: I have never listened to music while playing games! Part of the experience of playing video games for me is listening to the music in the game, especially when it comes to the Final Fantasy series. I’ve never thought to put music on when I play Magic: The Gathering.

Nola Pfau: I’m with Maddi! The in-game music is part of the experience for me—so much so that I’ve done things like fire up Final Fantasy Tactics and just leave the overworld map music playing while I clean. (This was, obviously, before the advent of streaming music.)

Do you set the mood for tabletop sessions, and if so, with what?

Melissa: Ha ha ha that would require me to actually schedule sessions, wouldn’t it. But even if I did, I feel like music might be a distraction for my group—I wholeheartedly embrace silliness in my campaigns, and I actually feel like mood music might take things to a place that’s a little too serious, if that makes sense? Maybe I just can’t think of the right music, because all that’s coming to mind is “Concerning Hobbits” and while I am an unashamed Lord of the Rings fan, that song never fails to give me the giggles.

Emily: I haven’t ever personally set the mood with music when running my own tabletop RPG sessions, but I’ve been a player in a few games where the GM did set the mood! For example, a few of us playtested the tabletop RPG some of our friends are developing, Aeronauts, and during our playtesting sessions we would pull off heists and fight epic airship battles to a playlist of background music our GM had curated before the session. It was fun to have that extra layer of music to help set the exciting swashbuckling mood! That same GM sometimes runs Ten Candles with dark lighting and quiet creepy background music to keep the players in a spooky headspace. It’s amazing to play with a great GM who has a great sense for what music will strike the right tone.

Forney: I am currently playing a bard character in a D&D campaign who plays a stringed instrument called a balalaika (a Russian lute, more or less). I have a YouTube playlist of some music played on balalaika and similar stringed instruments. Including Despacito, which apparently my character wrote in-world, haha. I haven’t GMed anything myself, but incorporating music, lighting, and physical real-world aspects to set a tone is really intriguing to me.

Nola: I haven’t really done it during a session, because switching tracks seems like one more thing to focus on and running a game is hard enough. I have been known to create opening crawls tailored to my Star Wars game, though, with the appropriate music included there. Haven’t you people ever heard of closing a god-damn door?

Is there any music you’ve listened to while playing enough that you always associate it with a particular game?

Melissa: Panic! at the Disco’s A Fever You Can’t Sweat Out is the soundtrack to Final Fantasy X‘s Calm Lands as well as the entirety of X-Men Legends, as far as I’m concerned. Whenever I’m listening to that album (I never grew out of my pop punk phase; sorry, Mom), I am seventeen and playing my PlayStation 2 again.

Emily: I was a weird kid, musically. I am the child of two musicians, so I grew up with an unusual amount of exposure to unusual bands like Primus, Oingo Boingo, and The Don Ellis Orchestra. When I was 12 or 13, I had a particularly strange phase where I really liked the band Chicago, and I was playing a lot of Jak and Daxter: The Precursor Legacy at the time, so now I associate songs like “Hard Habit to Break” and “25 or 6 to 4” with that game.

Nowadays, video game soundtracks tend to be so great that I usually don’t put extra music on when playing video games (shoutout to Manaka Kataoka, Austin Wintory, Tomáš Dvořák, and all the other incredible video game composers out there). However, when playing board games, my friends and I will usually throw on Pandora. I now get “Take It All Back 2.0” by Judah and the Lion stuck in my head every time we play 7 Wonders.

Honorable mention: Floex’s song “Forget-Me-Not,” which I now inextricably associate with Ursula K. LeGuin’s book The Dispossessed. Floex is the solo electronic music project of Tomáš Dvořák, the composer who did the soundtracks for Machinarium, Samorost 2 and Samorost 3, and Pocustone. I became totally obsessed with the song “Forget-Me-Not” while I was reading The Dispossessed, listening to it on loop for hours and hours at a time. So now whenever I hear “Forget-Me-Not” I feel the same very specific feelings I did when I was reading about anarcho-syndicalist space rebellions.

Madison Butler: Final Fantasy XV has forever—not ruined “Stand By Me,” but it has made it more difficult to think of anything else when I listen to that song, which I do often. The song is in pretty heavy rotation in the rare days I listen to music at work.

Nola: The Tony Hawk soundtrack. I hear any of those songs and think of the game. Some of them (like Motörhead’s “Ace of Spades”) were pretty popular, so that became a regular occurrence.

How about you, dear readers? Are there songs or podcasts you love to listen to while playing games? Do you have an incredible tabletop playlist you want to share? Let us know in the comments!