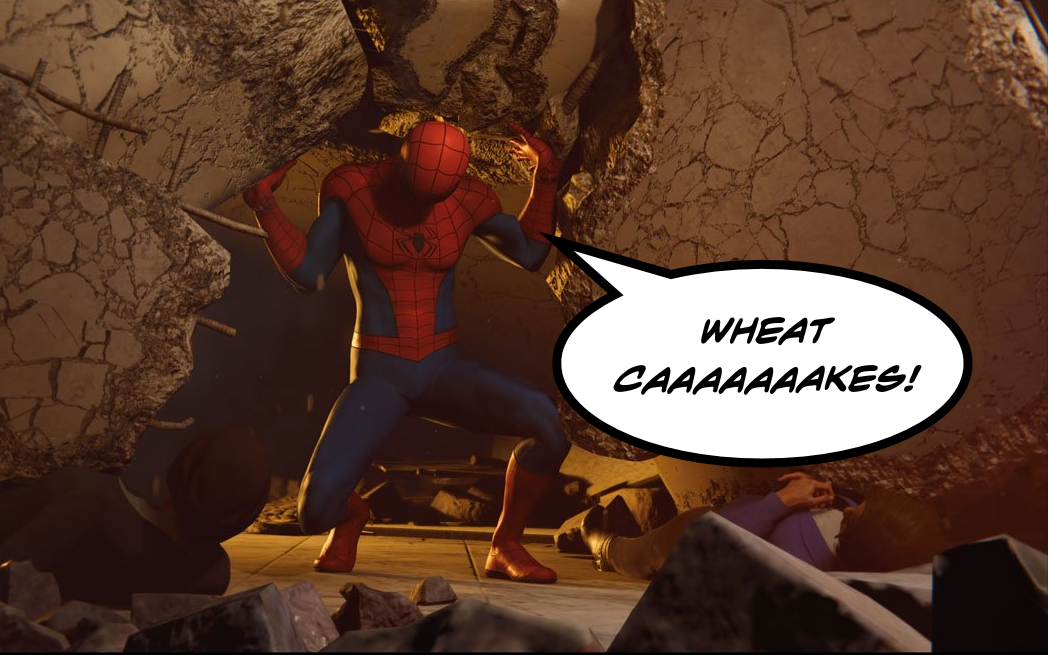 One of the first tasks you take on as you’re playing through Spider-Man for the PS4 is the collecting of backpacks webbed up in various locations. These backpacks contain some of Peter Parker’s old things; little artifacts of his life, both civilian and heroic. How those backpacks are staying webbed up when everyone knows Peter’s webs dissolve after an hour is a question for another time, though. Right now is the time for food, because one of the artifacts found those backpacks is an index card containing the recipe for Aunt May’s Famous Wheatcakes.

Look, I have never said no to breakfast food in my life, so I immediately called my husband into the room and showed him the recipe. “Let’s make these,” I said, and not to undercut the suspense, but we definitely did.

May Parker’s recipe calls for two different kinds of wheat, zero sugar, and entirely too much attention devoted to a pair of eggs. Here’s the recipe, verbatim, so you don’t have to do what I did and take screenshots on your PS4, then post those screenshots to your activity feed, so that you could then load the activity feed on your PlayStation app on your phone, where you could then download those screenshots (hey Sony, maybe give us a little more flexibility regarding image storage). 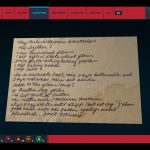 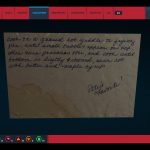 In a separate bowl, mix 2 cups buttermilk and 2 tsps molasses, then set aside.

Whip two egg whites until stiff (but not dry!) then fold them into the batter gently until blended. Don’t overmix!

Cook on a greased hot griddle or frying pan, until small bubbles appear on top. Then turn pancakes over, and cook until bottom is lightly browned, serve hot with butter and maple syrup.

May’s recipe could be organized a little better, but it’s solid. One thing to note is that the batter will not look attractive when you’re ready to cook them. It’s grey and lumpy, and just looks very unpleasant. Don’t worry though, that’s how it’s supposed to look. The pancakes brown nicely when cooking, and smell great. It looks like cement, right? It’s not just me?

How do they taste, though? Pretty good! They’re denser than regular pancakes, and not as sweet, due to the complete lack of sugar (don’t worry, the molasses helps here). They’re more filling than regular pancakes too, given how thick they are. May’s tip about the butter and maple syrup is perfect (I know, syrup and pancakes, shocking); the cakes have a strong buckwheat flavor, and because they’re not as sweet, it makes the presence of the syrup more obvious, which is quite nice. Overall? May’s official recipe is good enough that we’d definitely make it again, and we’re keeping it around just in case we feel like it. If you want an extra little bit of flavor, you could try adding cinnamon or nutmeg, or if you’re like we are in this household (PUNCH US IN THE FACE WITH FLAVOR), you could add more molasses to the batter so that the taste of it really comes through. Give them a try though, they’re pretty good!