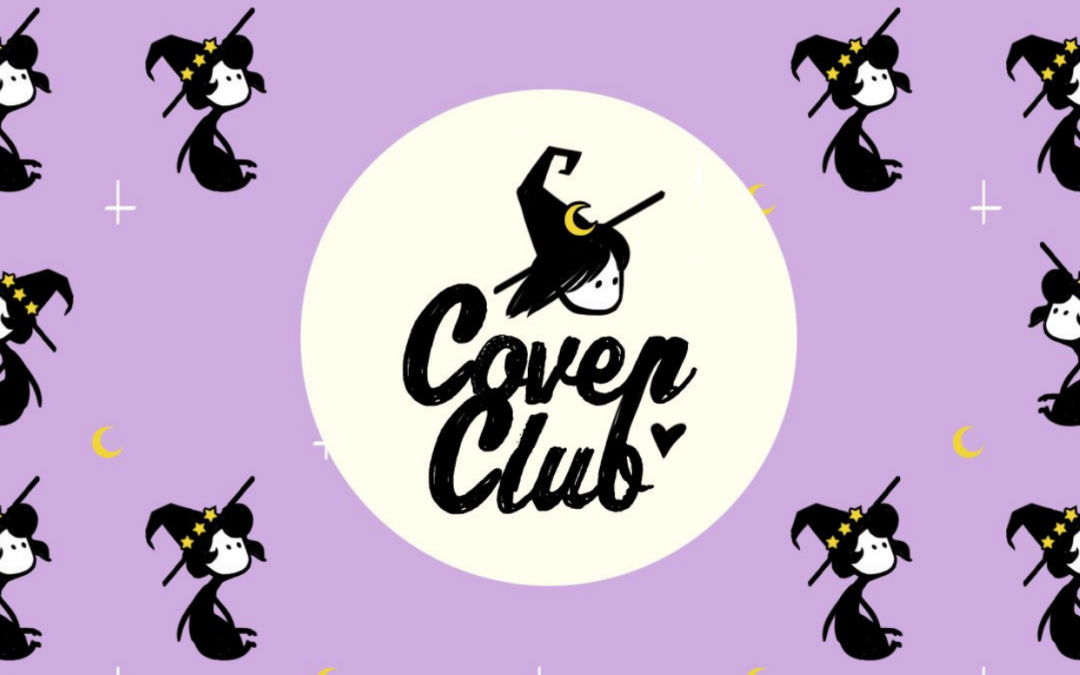 Weather Factory producer Lottie Bevan recently announced the formation of Coven Club, a monthly London event for women in the games industry. Known for her work with Failbetter Games on titles such as Fallen London, Sunless Sea: Zubmariner, and Sunless Skies, Bevan more recently left Failbetter to launch Weather Factory with her partner, game developer and Failbetter Games founder Alexis Kennedy. Weather Factory successfully Kickstarted and created Cultist Simulator, an innovative card-based narrative game of delving into the sorts of weird and transcendental horror that give the various Failbetter titles their distinctive mood.

From her announcement about Coven Club: “Coven Club is a new, monthly London meetup for women in the games industry. It aims to help women form friendships and networks with other ladygamers by providing a free venue and that incredibly supportive, well-wishy atmosphere you find at women-only events.”

Bevan was kind enough to answer some questions for us. Was Failbetter where you got your start in the software and/or video game industry? If not, what other fun stuff did you work on before that?

I actually started at an advergames studio, interning as their content producer (read: I ran the Twitter feed). When I became producer there, I worked on a couple of, er, interesting games—one 3D racer for an insurance company which taught people very bad road safety; one Teenage Mutant Ninja Turtles-inspired surfwear game featuring, of course, rats; and a non-violent underwater horror game for an independent client, to name a few. But advergames didn’t feel as soulful to me as commercial games, and I’d been a big fan of Failbetter for years. Getting a job there was a dream come true.

Failbetter is a fairly small, indie studio, but with Weather Factory, you’ve gone ever further in that direction. What was it like to make that leap? Now that it’s just the two of you against the world, is it playing out how you imagined?

I was umming and ahhing over co-founding Weather Factory for months. Alexis is one of the most talented and hard-working devs I know, but being my own boss and responsible for everything from day-to-day money to things like pensions was such a big leap of faith. I finally concluded that this was an opportunity I wasn’t going to get again, especially as I’m still quite early in my career. I figured that on my deathbed I’d rather have given something a shot than not even tried, so I went for it—and it’s been the best thing I ever did. And not *just* because I get to work in my pyjamas.

As I understand it, Weather Factory’s workflow is essentially Alexis howling unspeakable words and code into the fathomless void, and you poking him with a cattle prod to keep him going in the right direction while packaging his beautiful nonsense into something people will pay money for. Is that at all accurate? How would you describe your process?

This is 100 percent the most accurate description I have ever heard. It’s actually been very eye-opening: production’s role is facilitating a team of people, which means there’s a lot of emphasis on process and figuring out the midpoint which makes everyone 80 percent happy (rather than a few people 100 percent happy). At Weather Factory, as we’re so small, the process needs to be built around one developer, which is a whole new exercise in dev psychology and setting up scalable processes with only one datapoint… it’s been really interesting! When in doubt, though, the cattle prod helps.

Speaking of process (readers love process), you do a lot of the visual design, art, and/or art direction, right? Can you tell us a bit about your process, what tools and software you use, stuff like that?

I do! Our original art direction was devised by a very talented freelancer named Catherine Unger, and we also work with the two-person team Clockwork Cuckoo for the sheer volume of art we actually need. I’m in charge of the later art direction, draw a bunch of the icons, and do all the graphic design for sites/ads/whatever. My process is basically ‘carve out a day for art,’ then put on a true crime podcast, bring up some 1920s reference images for, like, pathogenic dance shoes or atrophied ghost hounds or whatever totally reasonable item Alexis has decided to put in the game, and get on with it. I work almost exclusively in Photoshop, with a Wacom graphics tablet and a whole lot of tea.

Coven Club is just the latest move in your campaign to improve the lives of women in the games industry. Could you tell us about an earlier initiative you’ve been involved with, perhaps one you’ve felt was particularly effective?

I’m a STEM Ambassador, which focuses on speaking to school-age girls about potential jobs in games and getting them just to have the possibility of techy jobs on their radar. As the acronym implies (science, tech, engineering, and maths), games is weirdly a non-presence in a lot of these established feminist initiatives: it’s still such a relatively new, unknown space. So I’ve always had a really great response from the girls I’ve spoken to about games—usually they’ve never even considered it before, or thought there were no women there. There’s also not much awareness about the variety of games roles out there, from artists to musicians to voice actresses to whatever. I think whole lives can change from one realisation that there’s this weird niche job out there that sounds a lot like you—when I left university I didn’t have a clue about what jobs there actually were, beyond what the adults I knew already did. So I’m a big, big STEM fan—though I’d prefer to go with the lesser-known ‘STEAM’ focus, which emphasises the importance of art interacting with all the traditional STEM-subjects too. That’s really the place games sit, I think.

So Coven Club will be a free monthly gathering for women in the gaming industry (who happen to be spatially situated in London at the time of the meeting). You mention it’s specifically not a formal networking event, but rather a have-good-time-make-friends sort of thing. What made you decide to go that route?

There are a number of yay-women events already out there, but they tend to focus on networking and/or cluster around industry events. Firstly, some people find Official Networking quite stressful, and I wanted to do something which would be as friendly as possible, where people could actually be themselves and make more meaningful relationships than purely ‘this person is influential or useful to me, I should befriend them—I also believe business is built around masculine preferences, and I wanted Coven Club to get out of that masculine mode. A lot of my female friends, if given the choice, would want to hang out in a comfortable hipster-ish cafe-bar and drink wine with other cool people, so that’s what I’m aiming for here!

Why is it called “Coven Club?”

I have a whole page of terrible, terrible game-specific alternative names. I realised fairly quickly that all the game-specific stuff that’s not already taken is a bit lame—certainly the stuff I was coming up with was. I chose ‘Coven Club’ because it has a lady-centric meaning without being too in your face about it, and it gestures towards attendees being more than just women who work in games. Too often women in games are described as counterpoints to the norm: you don’t hear about ‘men in games,’ you hear about developers, for example. So again, I wanted to sidestep that whole issue with something that felt unique, attractive, and let me draw a fun witch for the logo. Plus, magic and moonlight and little black cats are rad.

I also write for WWAC, and this is an issue we’ve had to clarify over the years: Is Coven Club open to and/or intended for nonbinary folks?

Coven Club is built upon the shared female experience of being in games, so if people feel that they’ve had that experience, I would absolutely love them to come! What I’m trying to avoid is the typical thing of being a minority at a game-centric event where most people you talk to won’t ‘get’ the issues you experience on a day to day basis—not because they don’t care about them, but because it’s just not the same if you haven’t had that experience yourself.

The female-only events I’ve been to in the past have really had this buoyant sense of support and understanding that I’ve not felt in general events. I’m reluctant to use the word ‘sisterhood’ because it’s a bit, I don’t know, 60s flower child, but there’s definitely something in it.

If you could have any one person, living or dead, show up to a Coven Club meeting, who would it be?

I’ve already fangirled at Robin Hunicke [founder of Funomena and professor of game design at UC Santa Cruz] on a pirate’s ship while the Game of Thrones theme tune played at 292594358439543 decibels (don’t ask), so I think I’d have to pick Jade Raymond [founder of Motive Studios and Ubisoft Toronto]. If she were to ever appear I’d probably stammer out something incoherent and immediately spill wine over myself. So we should probably all pray that she never hears about Coven Club.

More info about Coven Club is available here, and the latest updates can be found at the related Twitter account. Anyone interested in attending can find an RSVP link on the Twitter account’s pinned tweet. The first Coven Club meeting was fully booked shortly after reservations were opened, but there is a waiting list, and future dates will be announced via Twitter.

Perhaps we’ll get to see Bevan lose her cool over meeting Jade Raymond. Until then, let’s hope more women and other marginalized folks in the gaming industry follow suit and create structures to support one another.