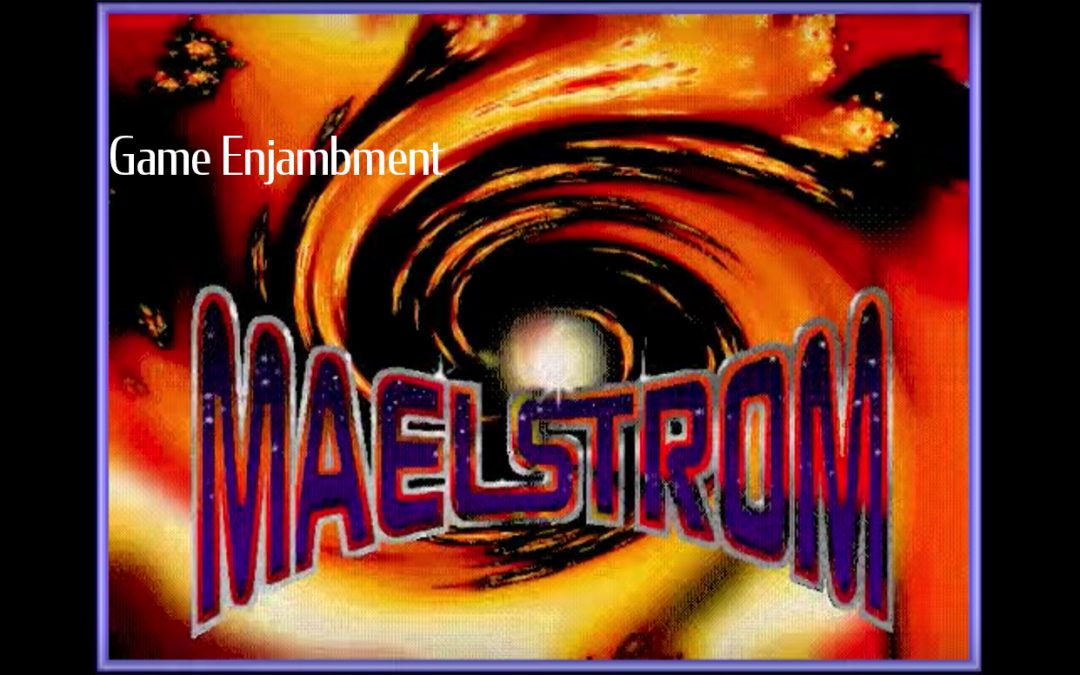 Maelstrom, a remake of the classic Atari game Asteroids, was released for MacOS in 1992, the year I was born. As I grew up, my dad would play Maelstrom in the room adjacent to my bedroom.

I hated it. And then I needed it.

Editor’s note: This poem is meant to be read alongside the sounds of Maelstrom. Press play to start.

waking me.
I can’t sleep for your space purge
trickling through my walls.

Two drones: rocks splitting
as you plasma-cannon threats down.
You try to muffle the trouble, but I can hear it.

I place my bear to my ear,
try to drown the two drones in the dark,
soundtrack to my slumber.

There are millions of asteroids.
Shattered remains of planetesimals,
bodies rich and volatile,

homing in on us as we sleep.
You stay up on watch,
fighting the storms back.

Thousands in my home, thousands of bodies,
deflected and burst. This whirling of sound,
tempest in my ears, drones circling,

I can’t sleep for the silence
trickling through my walls. At least
the two drones were steady.

Small and crushable,
I climb out of bed, enter your room.
Pilot the ship, I ask. Keep up the fight.