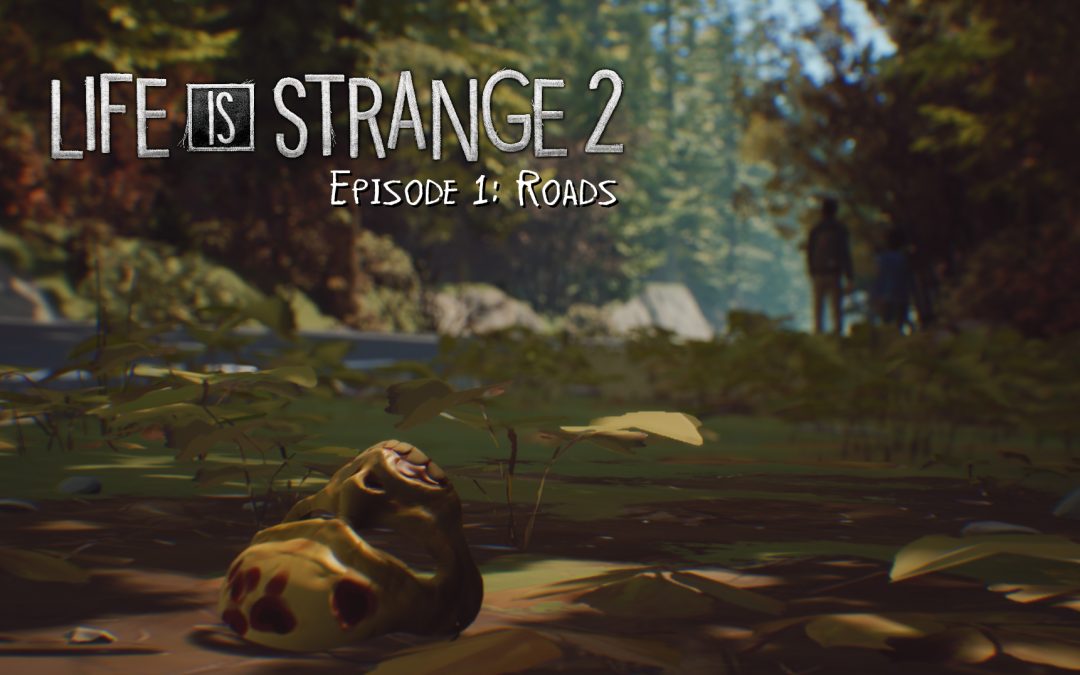 Life is Strange is one of my favorite games in recent memory. I’ve played better games, I’ve played more interesting games, I’ve played games I connect with more, and yet my heart still skips a beat when I think of Max, so much like me, and Chloe, so much not. It was filled with shortcomings, with scenes that downright offended me, and yet it had so much heart—DONTNOD has an earnestness I admire, even when the game sometimes had me rolling my eyes.

Sidequest was provided with a copy of Life is Strange 2 – Episode One for PC in exchange for a fair and honest review.

Life is Strange 2 – Episode One

It’s too early to say whether Life is Strange 2 is going to live up to that standard, but it’s clear that DONTNOD is trying to tackle difficult subjects in their second game in the series.

This time around, the player steps into the shoes of Sean Diaz, a Mexican-American teenager from Seattle. Within the first 20 minutes or so, you’re encouraged to explore Sean’s house to get to know him as he hunts down supplies for a party he’s heading to. You can take some time to sketch, confirming the game’s protagonist as another artist—thus far, sketching seems to work as a collectible in the same way as Max’s photos in the first game, or Chloe’s graffiti in Before the Storm. Text messages on Sean’s phone reveal that this is just a few short weeks before the 2016 presidential election. He and his friends talk candidly about their fears for the future, immediately positioning them in contrast to Sean’s white, flag-toting neighbor.

As you explore the house, you run into Sean’s younger brother, Daniel, with whom he seems perpetually irritated, as well a his too-good-to-live father, Esteban. Though the tension between Sean and Daniel is too much to call the family idyllic—I’m an only child, so take this with a grain of salt, but Sean’s dislike for his brother initially made it hard for me to get into Sean as a character—it’s such a relaxed and peaceful home that it becomes immediately clear that something will shatter it like a brick through a window.

That something is a police shooting. A white officer misreads an altercation between Sean and the aforementioned white, flag-toting neighbor, shooting and killing Esteban. As hinted at in the game’s trailer, something happens—from the officer’s dashcam, we see a supernatural blast (which we later find out originated from Daniel) that sends the officer flying, potentially dead or injured. Sean and Daniel don’t stick around to find out his state—Sean fears that he’ll be sent to juvie and Daniel to foster care. It doesn’t matter that they didn’t intend to hurt anybody, nor that they’re innocent of any crime; they’re not white, and Daniel knows how they’ll be viewed. They head south and away from the conflict, not entirely certain where they’re going.

As in the first game, it’s clear that DONTNOD is trying to say something here. We know Sean and Daniel are innocent—even if Daniel hurt the cop, he clearly wasn’t in control—but nobody else does. The people they meet as they travel south are immediately suspicious of the brothers because they’re not white, with responses ranging from microaggressions to outright, violent hostility.

But once again, I find myself wondering whether DONTNOD, a French studio, is the right one to tell this story. They’re a talented team—Life is Strange is one of my favorite games for its earnestness, even if it misses many of its targets—but it takes a clear plan and a diversity of voices, particularly the voices of those you’re trying to represent, to stick this landing.

My fear with Life is Strange 2 is not that it will be a game that is entirely disrespectful or offensive. I believe in DONTNOD’s ability to tell a captivating and empathetic story, especially with consultation from Steve Gaynor and Karla Zimonja, two of the Fullbright Studio’s co-founders. But why is it DONTNOD’s story to tell? Why make a game that stands to profit from the experiences of people of color in America with a team that includes few—if any—American people of color?

Games as empathy machines is a hotly debated topic in game studies and criticism. I believe games are powerful storytelling tools, but I also wonder whether a studio making money from an oppressed demographic is something I can truly praise. And I do want to praise it—I enjoyed the first episode, finding much of it, particularly its demonstration of racism in Washington (which is often erroneously seen as some kind of progressive utopia), to be both powerful and true. The Seattle Police Department has long been criticized for brutality and racist policing, and our rural communities are notoriously racist, as in many other parts of America. We like to pretend that neither of these things are true, and Life is Strange 2‘s truthful look at the rotten whiteness beneath the Pacific Northwest’s beautiful green facade is important for those of us who want to look the other way. The role model mechanic, too, gave me pause. There’s no time travel or backtalk in this game, with both replaced by difficult decisions weighing legality, morality, and necessity against one another. I like it, especially because players understand that what the brothers need is not always legal, even if it’s not morally wrong. But I also wonder how it’ll end; if Sean doesn’t effectively lead his brother in legality and morality (by choosing not to steal to keep them from starving, for example), will the narrative punish either of them for it? Will there be value judgments made on the decisions Sean makes to save them both, like stealing or begging from racist white people who wish harm on them? While Max’s decisions haunt her in the end because she can’t decide whether her actions were selfish or not, the stakes are much higher for Sean. Given games’ frequent lack of nuance in exploring morality, I wonder whether this system will have unfortunate implications in the end.

Again, it’s not that I think DONTNOD can’t handle this. It’s not even that I entirely believe they shouldn’t. But I am skeptical of whether or not they are the right choice, something that could easily be abetted if I knew, with certainty, that there were Mexican-American writers or consultants on the team.

My biggest fear is this: we laughed and criticized the first game for its inauthentic representation of teen girl slang, in part because it was largely penned by adult men. Will we raise the same fuss over a narrative based on the very real pain and ongoing trauma of marginalized people if it’s ineffective? Will this criticism, so much more important than the improper use of “hella,” also be ignored because they “did the research?”

I liked this first episode; I found its characters well-written, its story engaging and truthful. But despite my love for the first game, I can’t help but think of its flaws, and feel apprehensive about how such sensitive, current issues as racism and police violence will be handled by a team that largely isn’t affected by them.

I hope they prove me wrong.