Welcome to My (Simulated) Life 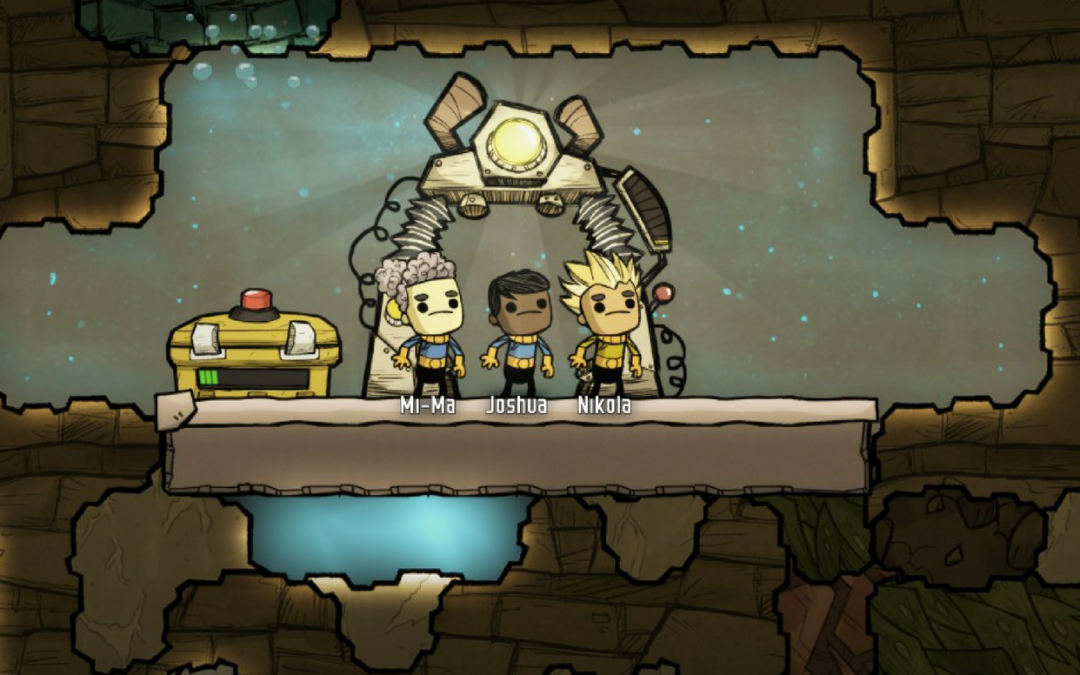 Maybe it’s who I am, maybe it’s just our culture, but in extended periods of downtime I need a little stress. Relaxation only means something to me when it’s a break from tension.

That’s why I get drawn into games like Klei’s resource management sim, Oxygen Not Included. The way Oxygen Not Included simulates the stress of ever-encroaching entropy is the same as its spiritual predecessor, Don’t Starve (another punishing simulator by Klei).

Grind this Game, a theorycrafting YouTube channel I found myself binge watching, called Oxygen Not Included a game of crises. Maybe it’s weird, but in my downtime I love a good crisis.

“I’ve just finished researching agriculture—hopefully that means food will be stable until I can get internal combustion going. I should even be able to recruit a 5th dupe. But first I need to get all this carbon dioxide managed. And heat is leaking in. I don’t think that frost biome is too far off… Shit—food decay…”

I love a game that doesn’t make me feel like I know what I’m doing, but instead promises that I can learn. Games like Oxygen Not Included keep me constantly building towards mastery of the next mechanic, and making my grasp of the last one more efficient. They make me feel like I’m doing something. That momentum of doing is one of the reasons I play games. To me, moving forward is the power fantasy.

When things in my life get chaotic, it can feel like I’m just spinning my wheels. I think everyone knows what it’s like to work hard and end up going nowhere. In those times, I can play a sim and go… somewhere.

When I’m chasing goals in Oxygen Not Included, I’m moving forward, and that feels great. I can imagine my life is keeping that same momentum. In some ways, it is.

I’m setting goals for myself. I’m sticking to them. Success in a game sometimes means getting the confidence to do what has to be done. “120 cycles in now. We’ve long since moved past coal generators towards more sustainable hydrogen power. Oxygen production is still unstable, but once my electrolyzer plant in the frozen heart of the tundra biome is finished, I should be able to move on to fossil fuels and exploration…”

It honestly feels silly to say, but what I crave in gaming is management. I’ve never gotten super caught up in shooters or brawlers. It’s level ups, tactical choices, and simulated lives that get me going. I crave control in a game, not domination.

Management helps me feel in control of a life I honestly have no control over. There are times when I don’t drop it all and run because I have a sim to play. There’ve also been times I was so reliant on the comfort of a simulated life, the simulations themselves became a way for me to run.

After all, craving is an issue. Especially in games without end states. My last year of college I only got through finals by binging Stardew Valley every chance I got. I’d play on my breaks, and as a reward for a night’s work; I’d plan my next season’s crops as I fell asleep, and jump out of bed and put those plans into action before I even had a chance to eat breakfast in the morning.

I ignored my friends and stopped leaving the house outside of class. I may not have graduated on time without the sense of control that binging simulation games offered.

A year later I’m wondering if trading my sense of balance for a convenient schedule and half-hearted work was worth it. “Cycle 148. Things have spiraled a little out of control as I continue moving forward. We never got to fossil fuel, it’s all I can do to keep the hypothermia managed enough to keep building my second oxygen farm. Between the crises I can’t seem to find the time to get things organized into a manageable state. I really should have been laying the groundwork for this cycles ago.”

In Oxygen Not Included, when I have more problems than feels possible to fix it’s usually time for me to lay my colony to rest. It is a game, after all. Struggling to patch a sinking ship can be a learning experience, but right now I have enough of that in real life.

I know I’m not done forever though. There’ll be another run in a couple months. If not of Oxygen Not Included, then some other management sim. I’ll try to keep binging to a minimum next time, and on a few occasions probably fail. I think that might be okay though.

It takes time to find a balance, after all.