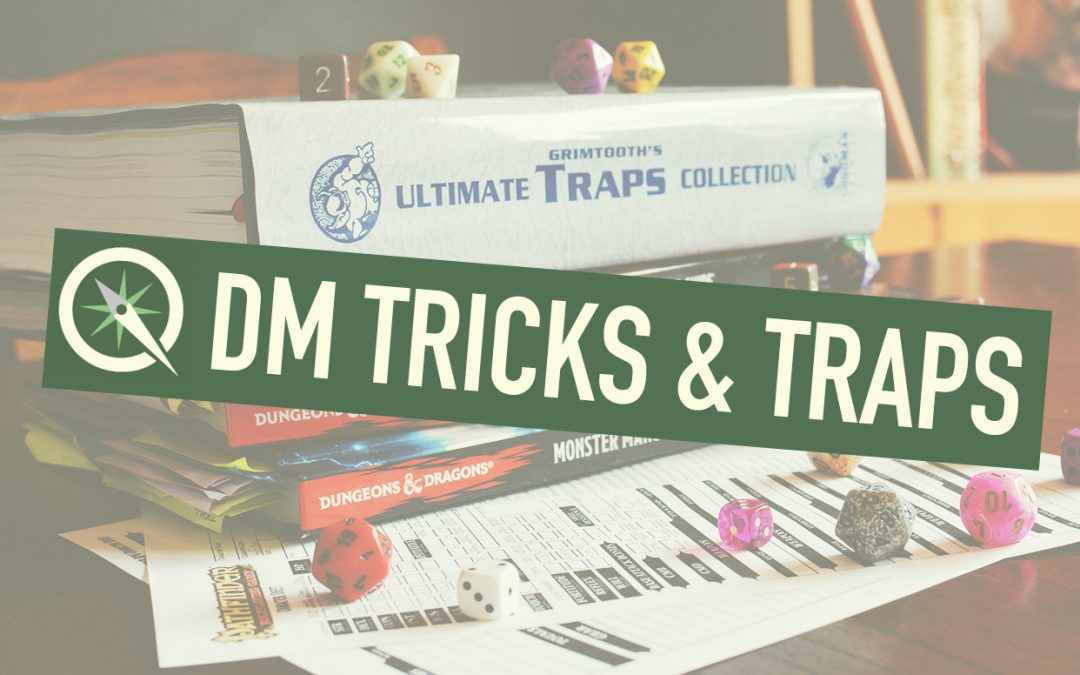 Sometimes, as a DM, you have to teach a lesson.

That’s such a charged phrase, isn’t it? “Teach a lesson.” Tabletop gaming culture can be so loaded with this “players vs. the DM” mentality that the idea that someone would need teaching can feel presumptuous. In a circle of friends, too, it can be hard to grasp the idea that the DM— a friend—occupies a different role than players do; in a sense it’s like management, not of the players themselves, but of the game’s overall structure. But, there are lessons that need to be taught, sometimes. About fair play, about conflict resolution, and about thinking before acting. You might guess that this last one is the focus of my story.

You see, my group of gamers at the time was not especially narratively inclined. That was fine; some people aren’t. Honestly, it can make my job as a DM easier if I don’t have to worry about it, since my goal is for my friends to have fun, anyway. We were playing the 3.5 edition of Dungeons & Dragons; in this particular session, I had the party trooping through a snowy embankment, during a blizzard (naturally). The party’s wizard had recently learned that most trusty of offensive spells, Fireball. The player behind that wizard was having a lot of fun with it, so much, in fact, that he failed to prepare any other spells. Less garden-variety impulsive behavior, and more a dedication to a certain brand of thickheadedness. He was convinced that fireballs would be all he’d need to handle anything that came his way, and completely unconcerned about the potential danger to the rest of the adventuring party.

I believe in letting my players play the game how they wish, so I try to avoid telling them what they should prepare ahead of time; that’s sort of like looking up a walkthrough for a game, except it’s even more like the walkthrough looking you up. So, rather than simply say, “hey, maybe prepare some other spells,” and since the other players had already suggested that (to no avail), I decided to let the game itself provide a teachable moment. Enter Skindancers. A Skindancer. Or, if you prefer, a cutie pie. Art by Wayne England.

If you’re not intimately familiar with the depths of the various 3.5 Monster Manuals, volume III is where you’ll find these lovely creatures. They are large humanoids, very strong, and very tough to kill. They possess three significant abilities:

Doubtless, you’re beginning to understand the scenario here. One skindancer can be quite difficult to take down if a party is unprepared. I used three. Typically, Skindancers enter combat without any active resistances; however, because they (and the party) were in a snowstorm, I decided I’d have them start the battle with resistance to cold energy active. Additionally, because they were a bit over-leveled for the party, I opted to institute a house rule that the opposing type of energy damage to whichever resistance they currently had active would deal double. You’re probably familiar with this; it’s common in a lot of JRPGs. I didn’t tell the party about this house rule; I decided to let them figure it out.

I staged a surprise round contingent upon spot checks; the party’s rogue was able to pass that, and so negated what could’ve been a bad start. From there, our wizard was third up in initiative; two melee characters struck before him, and with identical weapons, which didn’t trip the Damage Reduction. Then it was the wizard’s turn. As you can imagine, he went straight for a Fireball, with his party members in the blast radius. I’d considered this risk but determined it negligible; the rogue had Uncanny Dodge and the fighter was just plain tough.

The first fireball was a rousing success—as I said, with the cold resistance active and my house rule, it struck for double damage on the first skindancer, who additionally failed its saving throw. Skindancers average about 200 hit points; the fireball reduced its total to just over half. It was a great moment for the player; despite his poor planning, luck had paid off. This gave a boost of confidence to the whole team; with one already so gravely wounded, surely the other two would be a cinch.

When the second round came around, the wizard tried to repeat his trick, and Lady Luck proved not to be on his side this time—first, the Skindancer passed its reflex save, and second, the energy resistance triggered in response to the last turn, meaning that his second Fireball did a measly 20 or so points of damage. The color drained from his face—Skindancers are not terribly bright, but they do have high wisdom scores; enough that this one choosing to target the enemy who’d hurt it most was a logical course of action. Our wizard had held his position rather than back off, convinced the creature wouldn’t survive a second one, and on his failure, he suddenly realized that he would soon be in melee range. He had only one fireball left, and the dawning realization that it would likely not be very effective hit that player right about the same time a Skindancer fist hit his character.

The aftermath was brutal; the party did indeed pull out a win, but the wizard spent most of that battle out of commission, his player figuratively kicking himself as he’d realized his mistake. As my editor in chief can confirm, I am sometimes petty, but this actually wasn’t my goal in the encounter; as I said, I wanted to teach a lesson, specifically about working together as a group. It was the kind of scenario that is difficult, if not impossible, to overcome if everyone is working at cross purposes, but a team that worked together would actually have little difficulty with it. It was a very satisfying session overall—the moment had created a real sense of danger for the party, and the thrill of pulling out a victory despite the trap was one that they spent the next week talking excitedly about. Even the wizard, caught so completely by it, had to laugh; he could see his own mistakes clearly.

Read the rest of the DM Tricks and Traps series.