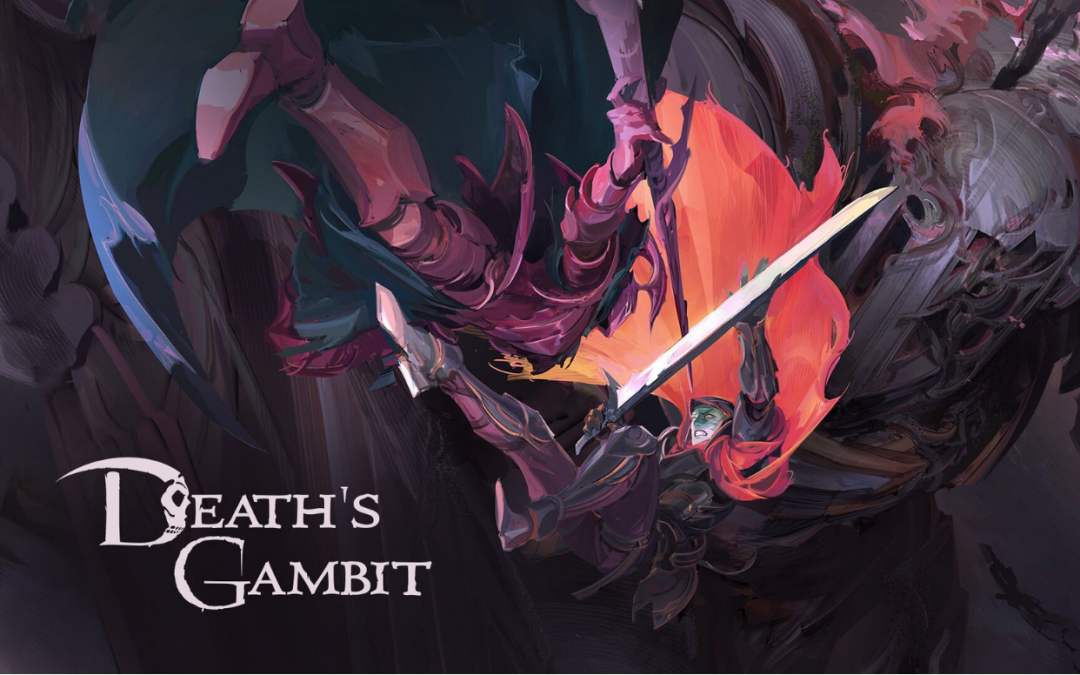 Death’s Gambit makes me feel like I’m being mocked, but not in the way you might expect.

Sidequest was provided with a copy of Death’s Gambit for PlayStation 4 in exchange for a fair and honest review.

On a basic level, Death’s Gambit is a 2D action-platformer. Its combat is stamina based, and requires deliberate timing to kill anything. Your rewards for killing are “Shards,” a currency used at “Death Statues” to purchase objects and attribute points. Should you die, you resurrect at the last Death Statue you prayed at, having dropped one of your “Phoenix Plumes” (recovery items restored by praying at a Death Statue) at the point of your demise.

Look, I’m naturally hesitant to talk about a game in terms of another, especially when that other is Dark Souls. If I’m being honest, I think that the idea of a cultural touchstone being used as a metric of worth is bullshit. A game deserves to be judged on its own, regardless of how well it compares to its inspirations. That’s why I feel like Death’s Gambit is mocking me. In the same way Bloodborne took the rhythms of Dark Souls and set them to a different tempo, Death’s Gambit is like one of those 80s remixes floating around Soundcloud. The game begs to be compared to Dark Souls, and that’s a challenge I’m willing to take.

On its surface, the core loop of the game is identical to any of the Soulsbornes. Find a statue, kill stuff, die, resurrect, get your plume, kill stuff, stumble on a boss, die, resurrect, et cetera. It’s a good loop, thanks to the lessons Death’s Gambit has taken from those that came before. Each area feels unique both aesthetically and mechanically, you find new equipment just often enough to keep your character feeling fresh, and each enemy has its own tricks and rhythms to learn.

Where Death’s Gambit really excels though, is where it diverges from its inspiration.

Characterization is what really drives me through Death’s Gambit. The world feels deep, the plot keeps you moving forward, but the protagonist—Sorun—evolves in a way I would never have expected in a game based around consecutive deaths. Death isn’t routine in Death’s Gambit; in fact, it takes center stage. Every once in a while—between the seventh and eighth run on that boss fight, or maybe after you stupidly stumbled into a trap you knew was there—the game breaks its loop. Sorun is torn from the world and held within a memory, or maybe a nightmare, for just a moment. It’s only after consecutive deaths Sorun’s personal story begins to take form.

Death’s Gambit speaks to the trauma of loss in the midst of battle, and in doing so makes a video game death feel like it matters.

Aside from its lineage and influences, Death’s Gambit is also a very well made game. It’s frustratingly fun, and good enough to draw me away from my playthrough of Final Fantasy X on more than one occasion.

From the very first scene it’s strikingly cinematic, because there’s clear intention framing the art and gameplay. In those seconds after you first mount your horse, the game (metaphorically) takes the reins and forces you to reflect on what you’ve seen and anticipate what lies ahead—a moment that only grows deeper in further playthroughs.

It’s clear from then on that Death’s Gambit won’t stand to have your perception of the world be a background experience. It creates a space extending far beyond the opening scene that makes everything in the world feel big. Even the lore, despite the fact that the text used to provide most of that lore is painfully small—cannot-read-from-my-couch-even-though-I’m-playing-on-PlayStation 4, major-accessibility-issue small.

Death’s Gambit asks me to take breaks between runs, rethink my place in the world, and deepen my understanding of my experience. It keeps me coming back even as it punishes me, because my deaths are meaningful… if only because they put me one shard closer to ripping Cusith a new one.