Review: Little Witch Academia: Chamber of Time Only Has A Pinch of Magic 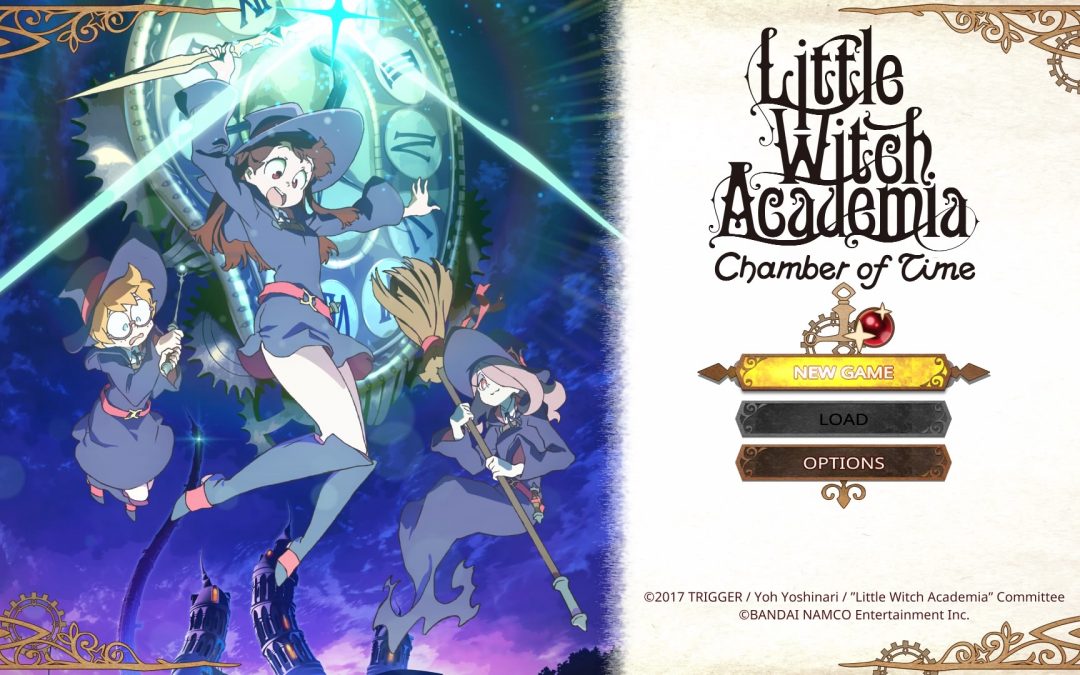 Little Witch Academia revolves around Atsuko Kagari, a student enrolled at Luna Nova Academy who aspires to be a full-fledged witch. Despite her ambition, Akko, as she is nicknamed, is regularly belittled for her inhibited abilities and naivety, especially by star student Diana Cavendish.

Akko often gets in petty trouble with the institution. Despite these circumstances and as clumsily as it is to get there, Akko always finds unconventional ways to resolve problems (that she has created to begin with) with her closest friends and dormitory roommates, Lotte and Sucy,

In Little Witch Academia: Chamber of Time, you control Akko, who accidentally uncovers a mysterious chamber while organizing the library as punishment at the start of summer vacation. Other classmates get involved, and the students constantly find themselves in a time loop. Time keeps resetting back to the beginning of the day they opened the chamber. Trying to keep their discovery a secret, it is up to Akko and her peers to figure out the chamber’s connection to the time loop. Chamber of Time is gorgeous and can be described as having a 2.5D visual style: two-dimensional elements of the anime’s visuals work seamlessly with 3D elements. Characters are modeled in 3D but move and are styled in a way that mirrors the 2D feeling of flatness. This style is reminiscent of the iconic visuals in many titles by Arc System Works. These signature aesthetics that merge the two-dimensionality of cartoon drawing with the dynamism of 3D graphics are present in the Guilty Gear franchise and, more recently, Dragon Ball FighterZ. The game is fully voice-acted and its writing is charming. It is clear that the game was given the quality and mindfulness it needed to maintain consistency with the Trigger series. Fans of the franchise will appreciate a game loaded with references and throwbacks, but they will also appreciate the original content it has to offer, such as new, specifically animated cutscenes in the style of the original anime. Build up in the prologue suggests that the game’s events take place between seasons one and two of the eponymous series.

The game is a part-action, part-exploration game that runs on a very loose, day-by-day cycle. In one half of the day, players are given the opportunity to explore Luna Academy and deal with small quests and unlock new abilities. Players will later have to invest time to explore the chamber, which involves engaging in side-scrolling combat to complete its levels. In this section of the game, players are limited to a party of three and more students are recruited over time at their disposal. Unfortunately, that is all there is to its gameplay.

Although the Little Witch Academia anime has demonstrated the limitless things a witch can do in its world, much of the game revolves around essentially one grand fetch-quest-like system. Players complete levels in the chamber and the storyline proceeds as tasks are completed in the school during the day. Despite these elements recurring in Academia’s canon, Chamber of Time doesn’t explore things like broom flying, traveling to mystical lands, anda more expansive spell casting system. Instead, Chamber of Time limits players within the confines of Luna Nova Academy. At times, pacing can be slow and tasks can get repetitive and grindy. This is all the more unavoidable given that the game’s plot involves a constantly resetting timeline. Emotional attachment and familiarity with the series’ characters is definitely necessary to find motivation in committing to progress. When players begin the game, they are provided with several options to watch flashback montages that summarize events from the anime series’ first season. Although this knowledge is not technically necessary, Chamber of Time still feels like a sequel where prior viewing of supplemental material is required to truly enjoy the game.

In some ways, Chamber of Time feels incomplete and is merely an introduction to something grander that never quite comes. Gameplay is mostly bound within the schools’ grounds, leaving a great deal of untapped potential to explore and answer questions of a much bigger universe. Because Chamber of Time does so little with its source material, this may leave room for something to be better explored the future in other media.

Little Witch Academia: Chamber of Time is a worthy addition to the eponymous anime franchise for fans eager to see more material. Unfortunately, the game probably wouldn’t satisfy someone unfamiliar with its world. As cute and charming as Chamber of Time can be, there are certainly other titles of its genre that would be more engaging and immersive for non-fans. Although it does just enough to bewitch to those seeking something enchanting, it doesn’t have quite enough magic to be as spellbinding as the original series and films.