Void Heart: The Experience of Otherness in Hollow Knight 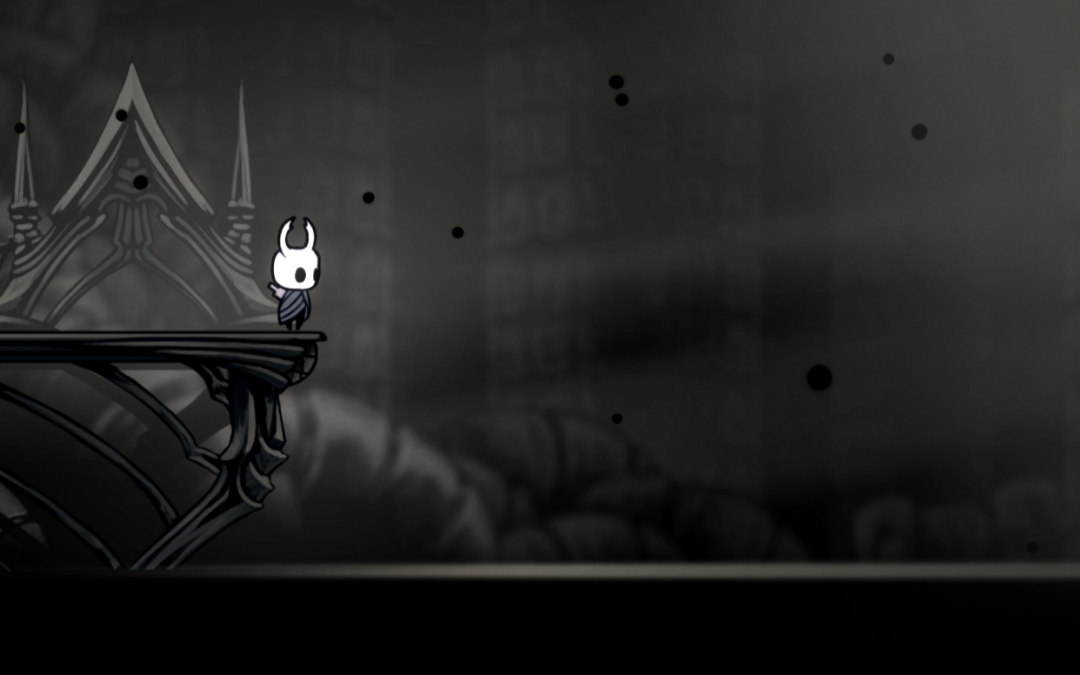 Those who know me well understand that I dearly love insects and other creepy crawlies, enjoy Dark Souls 1 and Super Metroid more than most games in existence, and have a deep and abiding appreciation for cute things. So, when I first played Hollow Knight, a Metroid-like game with an isolated and moody atmosphere and a fabulously cute art style, where all the characters are bugs, I had high expectations. Even so, I was blown away. It’s a fantastic game; fun to play, fun to watch, and fun to think about. There are story and thematic elements, though, that I think will miss a lot of its audience, but caught me square in the chest. Spoilers for the game will follow below.

[Editor’s note: No, really, spoilers are in the next paragraph. —Zora]

In Hollow Knight, while your avatar is initially shrouded with mystery, you eventually learn that you are playing as a Vessel designed to contain a mysterious infection in quarantine. The infection is a strange sort of light that is transmitted through dreams, so the king of the land of Hallownest thought that such a vessel would need to be living and have dreams, but also would need to be unable to think, feel, or talk to prevent it from succumbing to the infection itself. Vessels who failed to be “empty” enough were cast back into the dark pit where they were created and sealed away, with only a few escaping.

The king’s standard for emptiness was, of course, not only unconscionable but impossible, and so the kingdom fell to the plague regardless. Throughout the course of your journey, you solve the mystery of the so-called “Pure Vessel,” who had not been as empty as the king thought. In the end, you can either replace them in their gilded cage and seal the infection into your own body, or travel within dreams to destroy the source of the light.

At the beginning of the game, it is not clear why your Vessel is journeying into the depths of the ruined kingdom, Hallownest. The opening cutscene shows a strange, horned figure (the king’s nearly successful experiment, the Pure Vessel) letting out a bellowing shriek as orange light fills its eyes before cutting immediately to a short cutscene of your Vessel looking out upon and heading towards the small town of Dirtmouth. Because of the speed of the sequence, it’s easy to miss that the shriek was the reason your Vessel began their journey (yes, “their”—in a nice change of pace, the protagonist of Hollow Knight is canonically genderless). After all, the figure, who you will later learn is the titular Hollow Knight, is your sibling with a shared experience and the same abusive “father.” Your journey is a show of solidarity. The camera is shaking terribly at this point.

As mentioned earlier, the characters of Hallownest are all insects or arachnids of some kind. Very early on, though, depending on how you play (there are multiple endings), it becomes clear that you are not. When you die, your white mask cracks and splits, and what looks like a ghost made of darkness emerges. It becomes clear later that this shade is your true form, and represents the literal Void inside of you, essential to your being. You are hollow, another Hollow Knight.

At first glance, this true nature, even divorced from what others think of you (and many bugs who you talk to do feel that you are creepy, or unnatural, or even scary), is terrifying. The visual design for the shade you leave when you die is cute, in a way, but also resembles what many other franchises (Kingdom Hearts, for instance) characterize as an embodiment of evil. It has what look like tentacles, a uniformly black body with no shading, and creepy off-key music plays when you get near it. You and your shade even share a pair of horns. This imagery expresses what I feel is a very personal experience for myself and some others like me. It is not uncommon for some queer folks and folks with certain mental illnesses (both of which I feel deeply) to experience a sense of wrongness. A sense of being inhuman, even, lacking what we have been taught are essential human experiences and purposes. When we embrace that idea, and use it to find solidarity in difference, we engage in transgressivism. We might feel like we do not deserve to live, on our worst days, and like we need to continue to live out of spite at our strongest. We might feel unnatural, duplicitous, even evil. Like monsters.

The parallels to my own experiences on the margins continued as I played. The Pure Vessel, even being the same sort of creature, was chosen instead of you to perform the roles of the king’s child, Hallownest’s savior, and its martyr. In the meantime, you were thrown to the bottom of a deep pit and left to die. This may seem unfair, and in the same situation it might even be tempting to hate the Pure Vessel. However, despite being chosen, the Hollow Knight’s happiness would never have been allowed to last. For daring to think of themself as the king’s child, they suffer agonizing pain while sealed away in silence, until they can’t take it anymore and let out the howl of pain you see in the opening cutscene. Being chained into a closet for the sake of acceptance is not enviable, even if it seems that way from the outside, and in the end, only a community with a shared experience could hear their cries and come to their aid.

In a horrifying apparent mass grave called the Abyss, you may find your many siblings, cast aside as you were, in the form of void shadows looking just like your own. They drift toward you, and try to damage your mask. The game never tells you why they they do that. Maybe they want to free your true self and have you join their community. Maybe they hope to gain their father’s favor if they drag you down with them, the way some queer people throw others under the bus. Maybe there’s a way to convince them not to attack me anymore?

However, Hollow Knight is not a depressing game. As mentioned previously, there are three endings, two of which involve you replacing The Hollow Knight and sealing the infection, with the true ending concluding the issue with more finality. In the true ending, you face your past and what you feel, and your huge oppressed family (which resonates with me as an analogue for queerness and disability, but could likely fit other narratives) unites in favor of a common goal. Even the Hollow Knight helps you hold the source of the infection down. Afterwards, you cast off your form. You don’t die, although it certainly looks that way, with your mask lying shattered on the ground and your shadow nowhere to be seen. You simply embrace who you are, embrace the Void nature that makes you different and scary, and join the others. Not hollow, not lifeless, not unnatural—just different.

Maybe the optimism of that conclusion is what makes it so hard for me to accept. But I’m trying. And it gets easier every time I see it.

I’m interested in stories, science, music, games, and parkour. My gender is non-binary, and I use they/them pronouns. I’m probably the biggest Metroid fan you know, and I’m notoriously bad at Sonic games.