Review: Without Escape Trapped Me For 40 Wasted Minutes 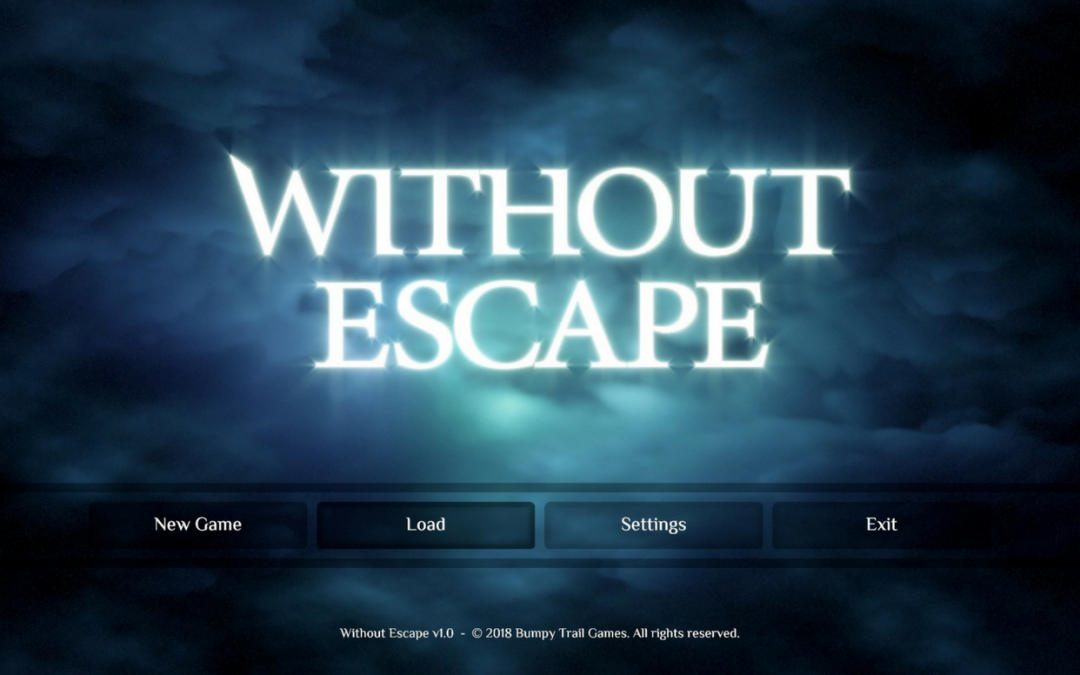 Sidequest was provided with a copy of Without Escape for PC in exchange for a fair and honest review.

I grew up playing the popular puzzle game MYST at my father’s knee. It was a complicated game with even more complicated lore, and I loved the way my dad took notes as he tried to puzzle out the world on his monitor. When I saw that Without Escape used MYST as a comparative title and deemed itself a horror, I had to jump in immediately.

Without Escape starts with you, the narrator, coming home to an empty house, not thinking much of it. You wake up at 2:45 AM because you think someone has broken into the house, and instead notice that things are just a little… off. A picture in your parents’ bedroom is skewed. The toilet is clogged. Your room is locked, when it definitely wasn’t before. After unlocking a few doors and finding batteries for your TV remote—because you definitely can’t just turn the TV on without the remote—you find yourself in some parallel hell dimension straight out of DOOM, full of blood and advanced technology. You run through it and come across a disembodied voice of a Maker, a member of some god-like race that determines the fate of everything. They inform you that they’ve destroyed the universe and that you are the only one who survived. You now have a choice: join the Makers or fall to your death. These are game endings 1 and 2 respectively, out of 6.

I don’t know what the other four are—apparently, you unlock one of them if you return to a certain room in under five minutes, but after two tries, I didn’t care enough to find out. What the others are are also beyond me, because there wasn’t enough story for me to hang a guess on. The problem with Without Escape is that the “big reveal” at the end isn’t compelling enough to justify boring gameplay. I’m aware that point-and-click games aren’t exactly full of adventures, but a game that compares itself to MYST better have some excellent puzzles. Instead, I would find one key, try the locked doors, find another key, try the doors again. That’s not a puzzle; it’s hide-and-seek. There were only three actual puzzles in the game that were actually interesting—in one, I had to figure out how to move the dials on a clock based on a rotated image you see on your TV—which tells me that there could have been more. Without Escape could have been a game full of puzzles that built up the mystery of this empty house and hell dimension, but instead it was a matter of trying to find all the keys by carefully moving my cursor across the screen until I could click something.

As a horror game, Without Escape is just okay. The hell dimension doesn’t make a ton of sense, and the “big reveal” of the Makers is so fleeting that any existential crisis the game might have been going for was lost on me. But the visuals are definitely creepy and would fit right in with some of the scarier parts of the Resident Evil franchise. Beyond that, players don’t get to spend enough time in the game’s universe to really feel anything for it. A lack of narrative arc or puzzles made the 36 minutes it took me to get the first (and second) ending feel like a waste of time. I’m having bad luck with choosing new games lately.

But there’s potential in Without Escape. It’s Bumpy Trail’s first released game, one which you learn has been in the making for many years. The music definitely adds to the game’s creepy atmosphere, and the graphics are good enough that Bumpy Trail could do interesting things with them in the future. The writing could be stronger; granted, it arguably might be hard to showcase good writing when most of it is just the narrator’s thoughts as they look at things in their home. There are pieces of something here, but I’m not sure I know if they make any kind of whole.