Cryptocurrency Has Arrived in Video Games, For Better or For Worse 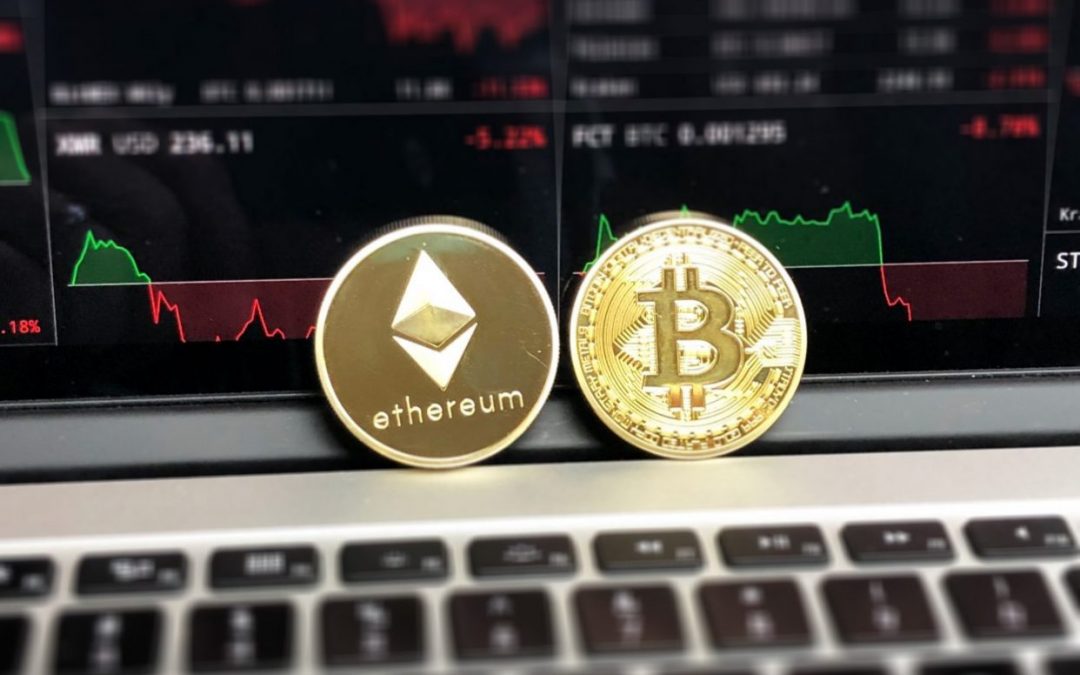 It was only a matter of time until the video game industry embraced cryptocurrency. A number of industries have honed in on cryptocurrency since the crypto boom first began in 2009. While crypto has been built into some unusual applications (Oscar Mayer’s Bacoin is a recent and notable example) its application in video games makes sense.
It seems that the two would have a near-symbiotic relationship, given that one is a digital currency and the other relies heavily on digital currency to complete in-game transactions. Even so, crypto has only been recently integrated into the video game industry with varying degrees of success.

I’m not going to lie: I’m skeptical about the integration of cryptocurrency into video games. Unlike fiat or commodity currency, cryptocurrencies aren’t backed by a government or goods, meaning their intrinsic value is nebulous and as yet undefined. Bitcoin had a tumultuous year, with value ballooning to $13,860 USD in December 2017, only to fall to $10,166 USD less than a month later. (The value further dropped to $6,926 USD in March 2018.)

It’s like entering a room with a locked door, except you don’t have a key. Instead, you must do some puzzle solving and build a key to open the lock. Once that door is open, beyond it lies another door. You still need the key you created to open the new lock, but there are additional puzzle elements that need to be solved before the lock opens. Essentially, every time a key is discovered, it’s used to build a more complicated key to solve the next puzzle.

The other major component of cryptocurrency is that it operates on a blockchain. A single platform (such as the Ethereum platform) can accommodate multiple blockchains, but each currency is mined uniquely, meaning you’ll never mine for one currency and end up with another. The blockchain is essentially a public ledger that is edited and verified anytime cryptocurrency is exchanged or mined. Blockchain technology means that each transaction is, in theory, a safe transaction because it is encrypted and verified.

The monetization of cryptocurrency is unconventional because it isn’t tied to a fiat currency or the value of a commodity like gold. Satoshi Nakamoto, the alias used by the anonymous person or group behind Bitcoin, released the software and called it a peer-to-peer electronic currency. Because a certain number of Bitcoins are mined per day, the supply and demand drives up the value. Then people started buying in, effectively monetizing cryptocurrency.

How the Games Industry is Using Cryptocurrency

Two of the most recent high-profile news stories about the topic came from game studio MyDream Interactive and Pythonic Media. They both claim to have found a way to help users mine real-world cryptocurrency while they play games, but each takes a different approach.

Games From Space’s press release never explicitly mentions cryptocurrency, but the intent is immediately evident on the company’s website.

MyDream Interactive is releasing a tile-matching puzzle game titled AllMine where successful matches feed monsters called Adoraboos and mine a new cryptocurrency called Jewelz. The game is slated for release third quarter 2018. AllMine is being marketed as an accessible and educational introduction to cryptocurrency that will teach users financial literacy. In a blog post, MyDream CEO Allison Huynh outlines the benefits of gamifying learning and financially rewarding kids who are struggling in school. However, it’s still unclear how AllMine will be used as a financial literacy teaching tool aside from allowing users to mine cryptocurrency. Additionally, it’s unclear if or how mining Jewelz will financially benefit the player. MyDream promises a small reward at the outset, citing delayed gratification as an incentive to continue playing. Players will earn in-game jewels, but whether players will see any real-life reward (in the form of cryptocurrency that could be converted to fiat or otherwise) is unclear.

Another recent announcement came from Pythonic Media, who is releasing Games From Space. Games From Space isn’t a game but a software that allows users to earn free video games in exchange for using your processing power in the form of your computer’s GPU.

Here’s how it works: users download a mining client from Games From Space, install the software, and allow it to run in the background. The client uses the person’s GPU to mine Space Coins. Space Coins earn users free games, kind of. Games From Space’s press release never explicitly mentions cryptocurrency, but the intent is immediately evident on the company’s website. As with most news I read about crypto, this raised more questions for me than it answered. What currency are they mining? Where do the games come from? What are the privacy risks, if any? What are the hardware risks?

The company’s site says players can earn Space Coins, which can then be traded for game codes. Game codes are available for a number of popular games, including Player Unknown’s Battlegrounds and Fallout 4. Games From Space claims that games can be earned in as little as a day for shorter games like Kholat or I Am Bread, depending on the quality of your computer’s GPU and the amount of time you allow the mining client to use your GPU.

It takes a near-incomprehensible amount of electricity to run crypto mining operations: a single Bitcoin transaction uses as much power as an average household uses in a week. On average, a Bitcoin is mined every ten minutes, and this doesn’t account for the other thousand-plus cryptocurrencies in existence.

Using Games From Space’s minimum requirement of an RX 480 4GB graphics card can add between two to three hundred dollars to your electricity bill over the course of a year.

Mining takes significant processing power and taxes a computer’s CPU or GPU. While the promise of free games is enticing, constantly using your GPU to mine requires electricity. Using Games From Space’s minimum requirement of an RX 480 4GB graphics card can add between two to three hundred dollars to your electricity bill over the course of a year. This number could even top four hundred, depending on where you live. Additionally, more powerful graphics cards—not uncommon to have among PC gamers—mean more electricity used.

So no, the games are not technically free, unless you’re not footing the electricity bill.

In their Terms of Service, Games From Space reserves the right to set the rate at which players earn Space Coins, meaning that Space Coins may not be worth the same amount from one day to the next. The quality of your GPU and amount of time it spends mining may not matter, because the value of a game differs day to day.

Space Coins aren’t a cryptocurrency, and Games From Space never explicitly says what players are mining. However, based on reddit posts from the company founders, I suspect the actual crypto being mined is Ether. Ether (also commonly known as Ethereum) is one of the better-known currencies mined using a computer’s GPU. Its blockchain is generated by the Ethereum platform. Ethereum is a decentralized app where creators can build other apps using the blockchain or complete peer-to-peer Ether transfers. GPU mining still consumes significant power, so while it’s not necessarily problematic, it’s not risk-free, either. Any mining operation comes with the risk that a computer’s GPU will burn out, in which case Games From Space isn’t liable. GPUs are notoriously pricey to replace (thanks in part to the crypto bubble).

The other thing that makes me think Games From Space is mining Ether is that the value of the games seems to be tied to Ether’s market value. Ethereum was valued at $748.38 USD on May 9, 2018. At that time, players could earn FIFA 2018 in 39 days. As of 9:30 am EST June 18, 2018, Ethereum is valued at $496.45. FIFA 2018 will take players 69 days to earn. The site content makes it clear game earn time will vary. However, there’s a larger issue on the horizon if crypto becomes a mainstream gaming feature, and it’s how companies will account for that kind of fluctuation without disrupting player experience.

As it is, I wonder whether there is anything in place that will stop young kids from seeing “free games” and downloading a cryptocurrency mining client without the knowledge or consent of their parents.

Unlike Games From Space and other mining clients, one of the benefits of AllMine’s JewelzMiner client is that it takes up relatively little processing power and can run on mobile devices. Compared to Games From Space, it’s less likely that players will burn out a processor. It’s a smart strategy, especially when aimed at young kids who will play for long periods of time. As it is, I wonder whether there is anything in place that will stop young kids from seeing “free games” and downloading a cryptocurrency mining client without the knowledge or consent of their parents.

We’ve already seen a redistribution of wealth that largely benefits those who are already wealthy thanks to cryptocurrency. According to Financial Times, about one-third of all Bitcoin (valued at a dizzying $37.5bn USD) is owned by about 1,000 users. While there’s no guarantee that Games From Space or AllMine will reach bitcoin levels of success, there’s no guarantee that they’ll help who they say they’ll help, either.

Though Games From Space and AllMine are game-related releases, the biggest emphasis is placed on mining rather than the games. Neither seems like they’ve been created with explicitly dubious intent, but with so much focus placed on mining above gameplay or any other characteristic, it’s impossible for me to take Games From Space or AllMine without a healthy amount of skepticism.