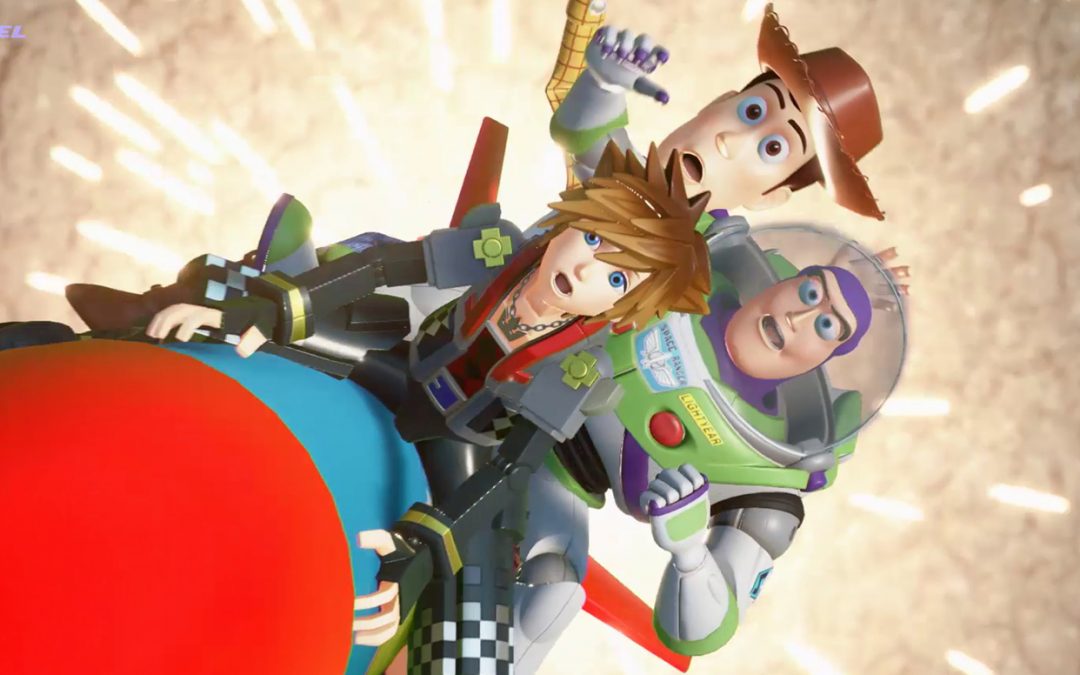 On September 17th, 2002, Square Enix released Kingdom Hearts in the United States, and kids everywhere were introduced to one of the strangest, most convoluted, captivating crossovers to ever come out of Japan.

Sixteen years and nine games later, Square Enix is finally feeding us more than teasing glimpses of the upcoming conclusion to the series, Kingdom Hearts III, which may be out in late 2018. In the past year we’ve seen trailers, caught a peek at the new theme song, and replayed every game in the series to try and make sense of the plot (No? Just me?). Our waiting is gradually being rewarded with juicier info as we get closer to the end.

The Kingdom Hearts III Premier Event was held this past weekend, from Thursday, May 17th to Friday, May 18th. Several prominent members of the media and select influencers received exclusive invitations to experience a portion of the game and interview developers such as co-creators Tetsuya Nomura and Tai Yasue. The event was held in Santa Monica, California, and attendees had the chance to try the infamous Sea Salt Ice Cream, have their picture taken with Mickey Mouse, and get the first real look at the gameplay and visuals of the new game.

Sea salt ice cream, anyone? I had it two ways! #KH3Premiere pic.twitter.com/lZ9QEbg4By

So the #KH3Premiere is pretty amazing and special ❤️ pic.twitter.com/RswxmK1Y4Q

Attendees were invited to play approximately an hour of Kingdom Hearts III, primarily to experience the new Toy Story world, called “Toy Box” in the game, which includes Andy’s bedroom and a visit to Galaxy Toys. So far, reviews appear to be predominantly good! The environment of the game seems highly interactive, as players will be able to break, push and bounce off of just about everything they see within the game. While players are running around, they might discover fun little things within the environment, such as a gas canister full of helium in the Galaxy Toys store which will make Sora, Donald and Goofy’s voices rise to squeaky heights for a few seconds.

Sora: "Hey, what happened to my voice?"
Goofy: "Gawrsh, I sound funny too."
Buzz: "Well, this certainly is embarrassing."
Woody: "Hey, listen to this, Buzz! I sound like an alien."
Donald: -squawks in confusion-

Players will also be able to equip up to three Keyblades at once in the field and swap them out at will during combat with the d-pad. If you’re like me, you probably didn’t really need this feature, but chances are the game is going to figure out a way to make you use it anyway.

A huge new development is an apparent lack of transition screens! Waiting five or ten seconds for areas to load has always been a classic component of previous Kingdom Hearts games, and finally we’re free of those constraints. Not only do the Toy Story world areas appear to be massive, loading screens have been done away with and replaced with small text transitions as you flow seamlessly from one area to the next.

Translation: “A small text transition when you change zones, without loading time, nor a black loading screen in this case.”

Speaking of a lack of transitions, Kingdom Hearts Insider found that when approaching characters in between cutscenes, dialogue consists of voice-acted lines (subtitles are still available), with small sweeping transitions that flow smoothly. The series has largely diminished the amount of dialogue text boxes used since Kingdom Hearts II, but this is the first main installment of the series that appears to eradicate them entirely. Their newer system of having all dialogue be presented in cutscenes with subtitles was a bit difficult for me to handle as someone with auditory processing issues, as I couldn’t control the rate at which the text appeared and would often miss things. I feel that this system that lets you explore character dialogue in fun voice-acted snippets while still providing text to facilitate processing could be a boon for players like me.

An exciting new summon was also revealed: Ralph from Disney’s Wreck-It Ralph! Personally, I don’t usually use the summons, but Kingdom Hearts III is really making a case for itself this time around. The intro screen is pretty adorable and features Ralph literally falling through a Fix-It Felix Jr. game screen in a pile of bricks and debris as he rushes to Sora’s aid.

So that’s the gameplay, but what do we know about the story?

Andy and some of his toys are apparently kidnapped into an alternate world by Young Xehanort (If you don’t know who that is, you’re in good company). Sora and the remaining toys have to rescue Andy and co. from the toy store, Galaxy Toys, which is teeming with possessed evil toys that Xehanort has brought to life.

In an interview between Famitsu and directors Tetsuya Nomura and Tai Yasue, we learned that the theme of Kingdom Hearts III will be “resolution,” and that the ending may be surprising to fans. The full interview is available at KHInsider.

And finally the most pressing question: when is the goshdarn thing going to be released?

Tetsuya Nomura mentioned within the interview that a release date is coming next month, most likely at E3, but Square Enix continues to cement that the game will be released within 2018, so that still gives you plenty of time to catch up on the story.

I first played Kingdom Hearts when I was in high school roughly thirteen years ago, and it’s a series that has never stopped being close to my heart, even as I’ve crossed into adulthood. Knowing that we’re reaching the end and that I’ll be able to see how the journeys of my favorite characters resolve gives me unimaginable joy, even as I’m a little sad to know that this particular chapter of the story is coming to a close. Will Ventus wake up? Can Terra be saved? Will Aqua finally get that relaxing spa day she desperately needs after all the nonsense she’s been put through? Is Riku truly free from the darkness once and for all? Will we finally understand what the hell the story is actually about? Honestly, the plot of this series is what I’ve always lived for, as convoluted as it may be, and I can’t wait to see how it all wraps up.

So what are you most excited to see in Kingdom Hearts III? Leave a comment below!