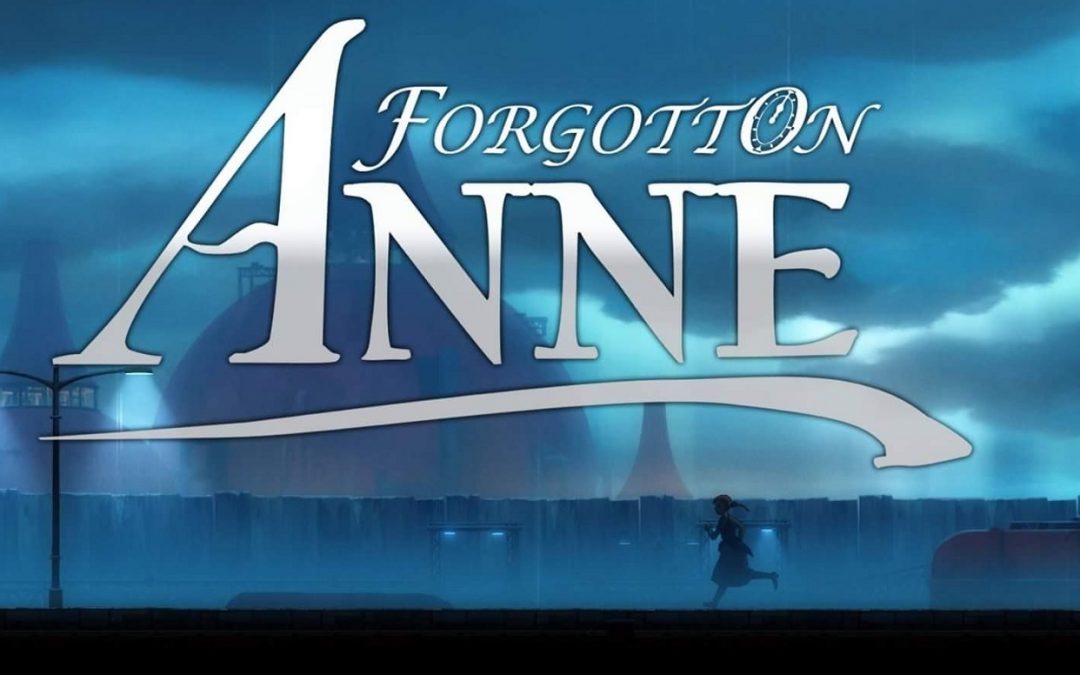 Sidequest was provided with a copy of Forgotton Anne for PlayStation 4 in exchange for a fair and honest review.

Forgotton Anne (no, not a typo) has been much anticipated, included on both the EGX and Ars Technica top 10 lists of upcoming games. The game’s cel-shaded art style certainly helps it to stand out and, when combined with the fantastical narrative, suggests a strong influence from Studio Ghibli. This is not surprising, considering that animators Debbie Ekberg and Sebastian Ljungdahl both studied in Tokyo under Hiroyuki Morita, director of The Cat Returns. However, whilst other elements feel very Ghibli-esque, Forgotton Anne manages to carve out its own place through its unique characters and setting.

The Forgotten Lands is a realm where lost and forgotten items end up, whether it’s that earring you swore you put on the bedside table or the sock eaten by the washing machine. These objects become Forgotlings, imbued with sentience thanks to the “anima” flowing through them.

You play as Anne, a human with the ability to control anima. Anne is the Enforcer for Master Bonku, another human who rules the land, who’s trying to build a way home for Anne and the Forgotlings via an Ether Bridge. The Forgotlings are constructing this according to Bonku’s designs, hoping to be reunited with their human owners. Sadly, all is not well: a rebellion is forming and it’s Anne’s job, as Enforcer, to prevent the protesting Forgotlings from destroying everyone’s chance of returning to the human world.

The story itself initially puts the player in a difficult position. Anne is not one of the rebels, but part of the establishment, one which determines whether the Forgotlings are “validated” or not. In addition to this, Anne’s Enforcer status marks her out as a protector or a punisher, depending upon which Forgotling you ask. It doesn’t take long to realize that there are some ethical issues with how Anne treats the Forgotlings, and you can either soften her responses or lean into it. Like all games involving moral dilemmas, you have to make some tough decisions about who Anne will be.

It’s not unusual to have a moral choice system in video games (see Mass Effect, Bioshock, Undertale, etc), or for these to have an impact later in the game. Thankfully, the dialogue options are clear enough to mirror how you actually want Anne to behave. Unlike the Dragon Age 2 issue, where you might choose the “charming” option and instead make a passive-aggressive and hurtful comment, the dialogue options in Forgotton Anne are mostly transparent in tone.

Though there are some interesting surprises along the way, the story seems fairly obvious. The dialogue choices at first also seem to indicate a lack of complexity or nuance; you can either choose to continue with the Enforcer’s brutal actions, or start sympathising with the Forgotlings. However, the game manages to sidestep some of this through the characters’ complex motivations, and the fact that not all actions lead to the expected outcomes. Whilst it may feel frustrating to be wrong-footed, it spells out the message that this isn’t as simple as “good” or “bad”: the “right” choice can sometimes be a poor one, regardless.

Outside of the story, Forgotton Anne is definitely enjoyable. It’s an adventure game with interesting platform and puzzle-solving elements. I’m not a great puzzle-solver and lack some hand-eye coordination when it comes to leaping from one platform to another in games, so I was slightly concerned that I’d end up banging my head against the desk after a few minutes. However, though the puzzles remained a challenge throughout, they were fun and never felt impossible. I played the PS4 version and the controls were responsive enough that I could manoeuvre Anne along the platforms to her objectives despite a few slip ups.

Furthermore, the art contributes to the actual gameplay. The Forgotten Lands themselves are beautiful to look at, with the platform aspect having depth as the player often has to move between the foreground or background layers to solve puzzles and progress. The mainly 3D assets are cel-shaded so they can combine well with the hand-drawn elements and it helps to create a stylistically-cohesive world. In the animated scenes between puzzle/platform sections, Forgotten Anne feels most like the anime films that clearly inspired it; there is at least one character who seems to have been influenced by The Cat Returns, and this proves to be a delightful narrative choice as it feels like the spirit of the Baron himself is swashbuckling around the realm.

There is also high quality voice acting through most of the game, and it’s nice to hear a variety of British accents rather than just a standard Cockney and Posh Bloke. This helps build a more cinematic experience as characters come to life, especially useful when they are lamps, shoes, and other normally inanimate objects. Even more impressive is how the game elicits moments of pathos as the player talks with Forgotlings; both they and Anne searching for a place where they belong. Their desire to form connections with others is touching and, at one point, incredibly sad, as the game starts to evoke comparisons with those in society who have been similarly abandoned.

Depending upon how you choose to end the game, you may gain access to a certain area once your playthrough is complete. There, you can revisit sections and either pick up any collectibles missed or replay choices and scenes. For the completionist, this is a handy feature, though I must admit, I’m still struggling to find certain mementos when scouring the environments for the second time.

Though the plot is ultimately a little predictable, Forgotton Anne manages to depict a colourful and layered world, containing a surprisingly touching narrative for a game about inanimate objects. At its heart, this is an engaging and worthwhile journey about being lost, and perhaps not found.