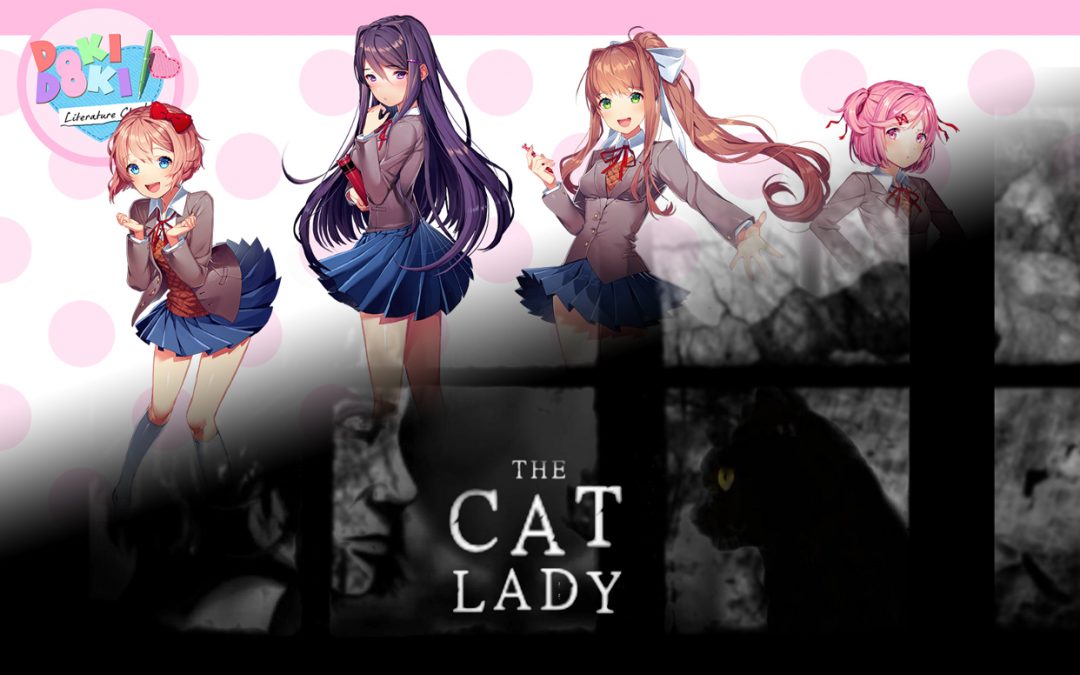 Mental illness is a complicated thing. People affected by it don’t need me to explain that. As society is becoming more open about discussing mental health issues, it’s important we look at another facet: the portrayal of mentally ill people in media. Often, it’s not great. Instead of being compassionate and accurate, we get harmful stereotypes and misinformation about certain illnesses. Luckily, there have been good depictions in media recently, such as Ilana from Broad City finding unique (and humorous) ways of dealing with her seasonal depression.

I know many people, myself included, who use playing games as a coping mechanism when things get tough. For me, games are a good distraction, and I feel I’m still using part of my brain while playing, instead of just sitting around watching TV. I’m forever grateful for video games helping me during a bout of depression and anxiety I experienced after graduating college.

What about mental illness as a feature in a video game’s story? On a friend’s recommendation, I got two games, Harvester Games’ 2012 The Cat Lady and Team Salvato’s Doki Doki Literature Club. And boy, were they an experience.

On the surface, they have much in common. Both games are in the horror genre. The Cat Lady is unsettling and gory, while Doki Doki Literature Club is now infamous for being a surprisingly creepy visual novel. The games are surreal in their horror and deal with existential themes.

Notably, both games also feature content warnings before players start them. While some might not like that DDLC’s warnings spoil the twist that you’re actually playing a messed up game, I believe the trigger warnings are in the best interest of players. Nothing in the games personally triggered me, but I was glad for the heads up so I could prepare myself for what can be some very upsetting visuals. If I were struggling with the issues the games present, I would want to know before starting.

Seeming simple at first, Doki Doki Literature Club is a visual novel that begins like most anime harem romances. A featureless protagonist joins a club at his school to meet girls. The player character gets the chance to romance three possible love interests: childhood friend Sayori, classic tsundere Natsuki, and quiet goth Yuri. A seemingly pleasant girl named Monika is the club’s president. The story goes as one expects until Sayori kills herself at the end of the first act, and DDLC becomes something deeply freaky. I went into the game thinking that the horror would be story based and that the club would have a hidden agenda. It does, sorta, but never in the way I thought; more on this below. The game resets itself after Sayori’s death, restarting the story but removing her altogether. At that point, I stared my computer in shock. DDLC was going where I didn’t think it would. Monika is revealed to be the big bad and aware that she is a character in a visual novel. To make herself more attractive to the player (not the character; YOU, the one playing the game) Monika alters the game files of the other girls to make them unstable. The infatuated Yuri becomes extremely fixated on the player character, ultimately stabbing herself to death over her feelings. Natsuki’s small stature and unhappy home life are turned into the results of neglect and domestic violence.

Defining what qualifies as “horror” in media is an impossible task. Horror can be anything that is mean to unsettle audiences. Unfortunately, mental illness is the horror in Doki Doki Literature Club. Depression, abuse, and self-harm are presented to shock players. There’s no thoughtful exploration of the issues. Monika changing the girls does sound like something a villain would do, but this action makes mental health issues character traits and not illnesses. This bothers me because my anxiety is something I experience, but I wouldn’t describe it as part of my personality. Some people living with a mental illness might find this aspect of DDLC insulting.

Still, over four months after playing Doki Doki Literature Club, I continue to have mixed feelings on it because of the treatment of mental illness. I’m a big horror fan and I enjoyed playing a genre game that didn’t rely on cheap jump scares every five minutes. But I didn’t like how mental illness is the twist in DDLC. Sayori’s suicide is meant to come out of nowhere, and part of the shock is that the player is the one that finds her body. She is not the only girl to get this treatment. Obsession and self-harm are made character traits here, and players have full view of it. Despite my conflicted feelings, I do plan to play through DDLC again soon, but I’m still going to feel “ehh” about this aspect. I think more positively about the The Cat Lady. Unlike Doki Doki Literature Club, The Cat Lady begins in a dark place. Our protagonist is Susan, a depressed 40-year-old woman who tries to kill herself. After waking up elsewhere, she’s sent back to the land of the living by the Queen of Maggots to bring justice to people the queen deems “parasites.”

I loved Susan. It’s rare to see a video game heroine who is older and not beautiful by western standards. The only other game I can think of where there is a playable, non-customizable, female character like her would be Bonnie from Payday 2, a butch, fat, and buff woman in her forties. But there’s a key difference; Susan is the lead in The Cat Lady. As players go through the game, Susan works through her issues, and it’s helped by her growing friendship with a young woman named Mitzi. Mitzi has troubles of her own, and the two women find healing by helping each other. It’s always good to see a supportive female friendship in any media. Even if you get the happy ending, Susan’s life isn’t perfect. Still, to me, it’s more meaningful. Susan is moving away from her depression and finding a new purpose in life. Many players will feel assured by the relatability of her journey.

Mental illness is only a part of the horror in The Cat Lady. Yes, Susan’s issues are frightening, but the real horror is her getting stuck in a less than pleasant afterlife, combating serial killers, and escaping cannibals. Heck, fighting these monsters helps Susan feel empowered.

While I loved both games, The Cat Lady is better at handling its subject matter than DDLC. Susan’s story has real heart to it and deals with her depression in a realistic way. Susan doesn’t just magically get better, nor are her issues used for shock value. Her self-harm happens off screen, and while there is lots of violence here, it lacks the exploitation of DDLC. If you enjoyed Doki Doki Literature Club, go play The Cat Lady. You’ll probably like it. Playing through the games helped me be more critical when looking at mental illness in media. I want to read or play things that look like my own and my friends’ struggles, and not ones that are written by people who have never experienced them. I hope new awareness of this wonderful game will inspire people to write stories where mental illness is a part of the protagonist’s life, and, more importantly, is written with empathy.