The Librarian Delivers a Story Worth Checking Out 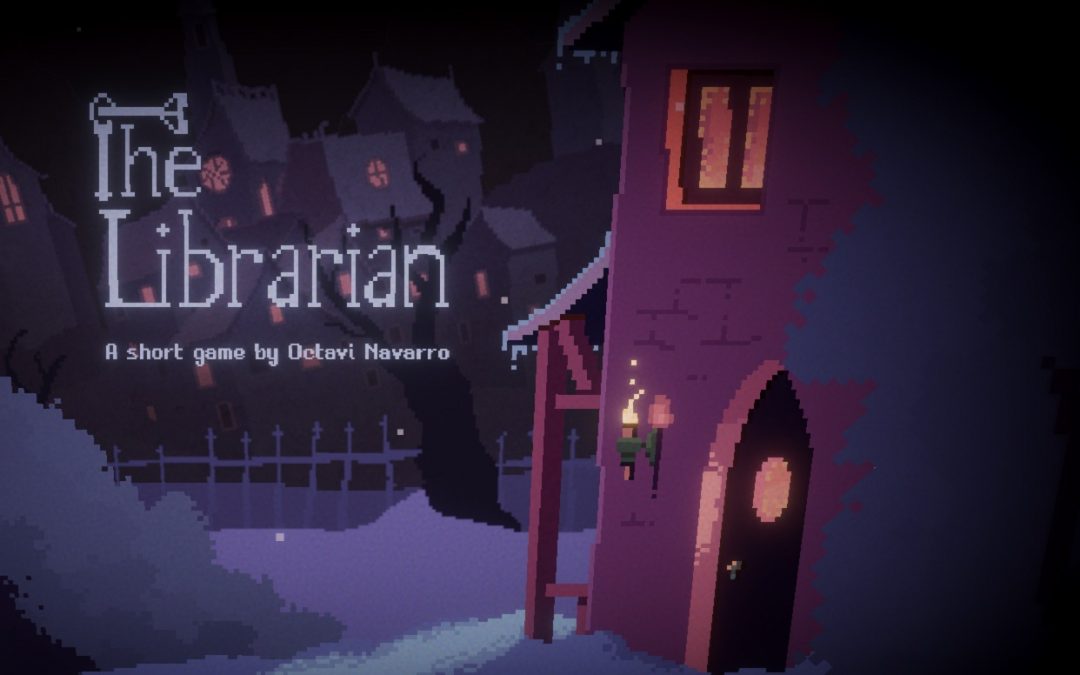 The Librarian is a short point-and-click adventure game available on itch.io for pay what you want. It has some fantastical elements, but it was the art that first drew me to it. Pixel art has been around since the early 1980s, but there has been a resurgence of its use in video games in recent years, and The Librarian uses this artistic style to weave a pleasantly unsettling tale.

The game is approximately 30 minutes long (or longer if, like me, puzzle-solving is not a strength), but in that time it manages to depict a mysterious and intriguing world. You play as Liz, the titular librarian, who is told of an emergency at the library in the middle of the night. From there, you must guide Liz through various problems and perils in order to solve a complex issue. Along the way, The Librarian slowly reveals the strangeness of its world, be it the way you receive the emergency message, or how odd situations are treated as just part of the everyday.

The Librarian was created by Octavi Navarro, also known as Pixels Huh, a pixel artist from Barcelona who worked as a background artist and animator on Thimbleweed Park. His attention to detail is evident, with sinister hints about what lies beneath apparent through background details and scenes. There are many clues that all is not well, with the music, also by Navarro, helping convey the unsettling ambience. Combined with the ominous tones and creepy sound effects haunting many of the scenes, it’s an effective way of building atmosphere. Alongside this, the colour palette is muted and purple-tinted to reflect the night-time setting, with the softer colours evoking a quiet calm even in the middle of some surreal moments.

There is one section of the game where the setting and colour palette changes into something slightly… glitchy. I’m still recovering from Doki Doki Literature Club, so was immediately on high alert. However, this is all part of the narrative and thankfully, unlike Doki Doki Literature Club, did not cause me to shut down the game, uninstall it, and then run away from the computer (ahem).

Though The Librarian does not spend time on exposition about its world or Liz’s character, it still makes an impression. The player gains a sense of who Liz is, from the cute detail in her choice of night dress to the way she manages the continuous obstacles in front of her. If anything, I want to know more about the setting of The Librarian. It intrigued me, mostly because it explained nothing about why it is the way it is. Though the story is simply guiding Liz through a set of increasingly bizarre puzzles, those puzzles fit in the dream-like land that Navarro has created, if the world of The Librarian is indeed real at all.

Though professionally made, The Librarian feels like a personal project (something Navarro confirms on the game’s itch.io page and in the dedication to his father at the game’s start). For this reason, and the relatively short length, the pay what you want/free price tag may seem appropriate. After all, pay what you want is a popular way for indie creators to get their work seen on itch.io, building their portfolio with such personal or shorter games. Yet it’s a trade-off: creators are trying to balance the time and effort it cost to create that “free” work against the artistic merit and potential benefits to their career.

Though I only spent perhaps 30 minutes or so on it, the art and atmosphere left such an impact upon me that I have played through The Librarian several more times just to enjoy the details once again. The option to play it for free, therefore, feels woefully underpriced. Although short, the experience I gained (and continue to gain through replays) has value, and to me this exceeds the potentially “free” cost. Thankfully, with the tip system on itch.io, a player can translate this value into additional financial contributions if they feel they initially short-changed the creator.

Navarro has also developed a horror-themed game called Midnight Scenes, which is also free to play or pay what you want on itch.io. It says something about the fun I had playing The Librarian that, despite my Doki Doki Literature Club experience, I’m even considering paying for a horror game, let alone looking forward to it.