Toxic Players and (Lack of) Redemption in .hack//G.U. vol. 1//Rebirth 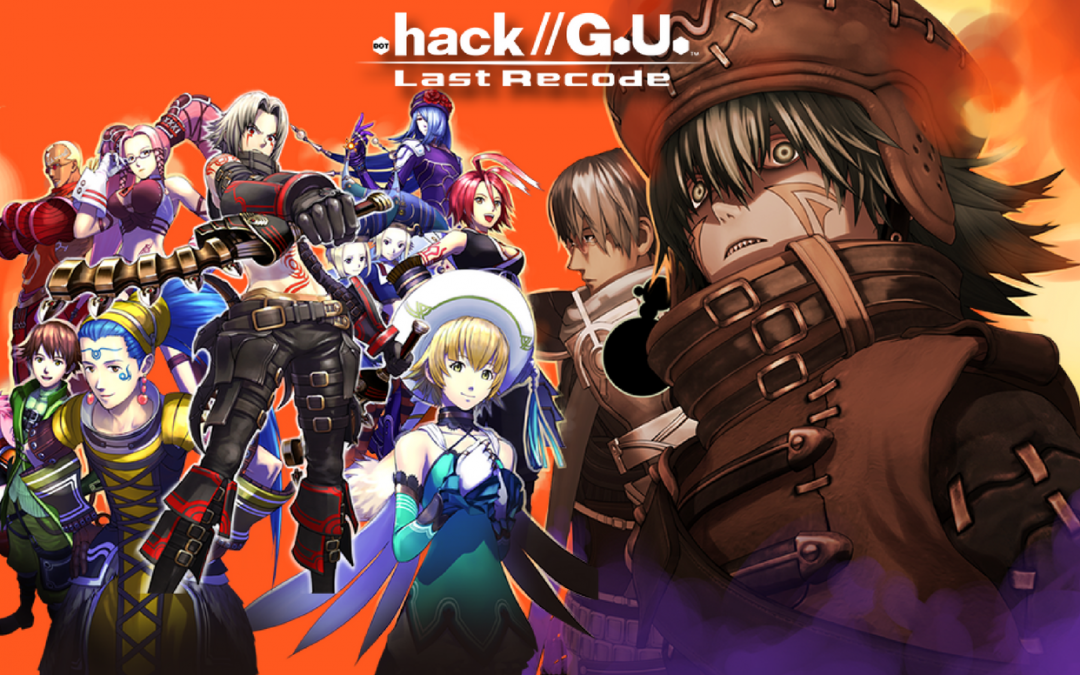 In November of 2017, a remaster of .hack//G.U. called Last Recode was released with very little fanfare. Last Recode is a remaster of the three original .hack//G.U games (Rebirth, Reminisce, and Redemption), plus a new fourth entry (Reconnection). Rebirth, the first entry of Last Recode, would have been great if only there weren’t the new main character to contend with.

.hack//G.U. is a RPG (though a very limiting one) that is actually a sequel set of games in the .hack universe, which is a continuation of the anime .hack//sign. The overarching narrative is that an MMORPG that is popular in the future (at the time, 2010ish) has resulted in players becoming comatose, with some of those players being mentally stuck in the game. The series ultimately delves into the existential crisis that the characters experience due to their existence in a purely digital world.

.hack//G.U. is an incredibly multi-faceted meta-commentary on gaming, technology, and the barriers of online life and the IRL world. Humorously enough, the game inside the game (and series) is aptly called The World, a World of Warcraft-esque MMORPG with a very rich mythology. Not only does the The World have a fleshed-out history, but the real world that surrounds the characters and story in .hack//G.U. is also incredibly detailed. The main character of the new games is Haseo, who goes by the nickname the Terror of Death, which is really all you need to know about him. Haseo is exactly the type of player you’d like to avoid in any online game—he’s brash, rude, misogynistic, self-centered and, unfortunately, extremely good at the game. He functions as a Batman-ish vigilante in The World, specifically targeting Player Killers (PKers), assholes who run around taking advantage of new or experienced players and dusting them in combat. Haseo’s role, in itself, seems pretty noble. Except Haseo isn’t doing it for the benefit of other players; he’s doing it to exact revenge for his first experience within The World, where he fell victim to some random PKers and never got over the betrayal. Oh, and because his not-girlfriend, Shino, fell victim to a PKer with supernatural abilities that transcend the digital world. But don’t worry about that, because the game will only bring it up when Haseo is angsting, which isn’t often as he’s too busy being a complete jerk to everyone around him.

Haseo is a mirror image of the toxic players we’ve all encountered on our online forays.

When I was younger, Haseo was a character I would have been able to easily identify with. As an angry pre-teen/early teen, his anger would have seemed justified, his behavior aloof. He’s independent and, more importantly, he’s confident. However, while playing these games, I can’t help but notice how vitriolic and toxic Haseo is, not only to random characters, but also to the characters who, despite all signs of assholery, stick with him. These side characters are the patient superstars of the story, who should have long ditched the abusive and demeaning ‘friend’ they have in Haseo.

Haseo is a mirror image of the toxic players we’ve all encountered on our online forays. He’s the baddy turned The One who has to learn the value of others. But in the meantime, you can’t help but dislike him and all he stands for as a character.

A real world Haseo would be the reason why I never used my mic during online games. A real world Haseo, who treats female players demeaningly—either insulting the kind-hearted and genuine Atoli as naïve and stupid or calling the legitimately more badass Pi a hag simply for being older than him—saves his harshest criticism for those women, even when he’s just as demeaning to male players. Despite his shitty male behavior, in typical harem anime style, the women of .hack//G.U. are obsessed with Haseo, because the plot demands it. And since he’s able to interact with The World on a physical and digital level that breaks all barrier between the two (harkening back to the original anime and games), his “oneness” and attitude is even more aggravating.

As an adult who identifies as female, playing as Haseo is infuriating. How am I supposed to play a character that I know would lash out at me in real life? .hack//G.U. gives you some leeway in crafting relationships (I always pick the kindest options in the email exchanges to make up for Haseo’s behavior), but I can never really craft an experience that is less toxic. Haseo has “decent” moments, but no real option for rehabilitation. Rebirth leaves us asking if a toxic person can change. Under what circumstances could this redemption occur? What impact does his redemption have on others? On himself? Honestly, I’m not sure what would need to happen to look past the toxic beginnings of a character or even person. Sure, selfless acts or saving the world can seem like good enough “reasons” to forgive, but doing so ignores the real issue of glorifying characters like Haseo, even if they make minor positive changes. Haseo is the hero of the game, but he’s a burden on the player. He’s unlikeable and his abrasive behavior can be incredibly triggering. I can’t help but think of instances where I would run into toxic players who would insult me and demean me. I cannot relate to Haseo, an early example of toxic male gamers. The worst thing about it is that the game rewards Haseo—justifies him—instead of highlighting his negative qualities. By all accounts, Haseo should be the villain of this series. But instead, I’m forced to see the game from his limiting and damaging perspective, which starts to seep into the .hack mythos. For all that I like about .hack//G.U. (which has cool game mechanics and an evolution of ideas from the previous stories), Haseo severely limits my ability to connect with it. I find myself yelling at and resenting him while trudging through what would be an amazing continuation of .hack.

Haseo is the hero of the game, but he’s a burden on the player.

Haseo ends up being a character that put the franchise at risk, turning it from a complicated and introspective look at digital connections into a series about an asshole with a keyboard. .hack//G.U. vol. 1//Rebirth is not about Haseo’s rebirth, as he is still a terrible person at the end of the game, but a rebirth of the series and the issues originally explored in the anime and first set of games. And the character shift is 180 from the original series of games, where the main character Kite is genuinely fun to play: the original games had characters who were unsure yet optimistic, thrown into a metaphysical situation where they taught themselves to be heroes. We had compassionate characters. We got an exploration of how we blur our real-world and digital lives. We were able to see how the real world wrecked these characters, leading them to seek refuge in The World. In the anime, we saw queer subtext and disabled characters being seen not in terms of whether they were able bodied or not, but as themselves. We even got early explorations of gender identity. We saw how online relationships were real. We saw how digital characters, even NPCs, could mean a lot to us.

But we don’t see that in Rebirth. What we see instead is a fall from grace that does nothing to teach its main character a lesson. We see Haseo dig himself deeper into a hole of toxic behavior, doubling down his disregard for those who care about him. We see a male character who abuses others and has too much self-importance. And in the meantime, we, the player, can do nothing to redeem him.