FCBD: Will Zarya Find What She is Really Looking for in Overwatch: Searching? 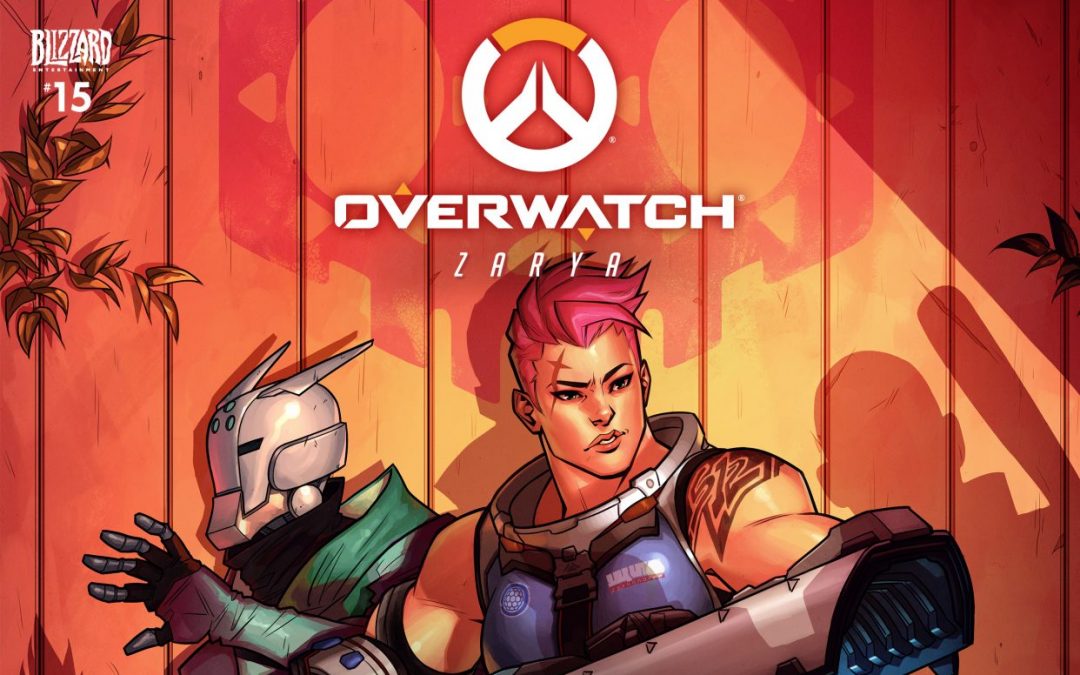 Comics based on video games don’t always work. Video games—particularly fighting games—that try to build story depth into their characters don’t always work. But Overwatch, perhaps because it was originally intended to be an MMORPG, has grounded every element of its characters, locations, and events deeply in its lore. Searching is part of the introduction of the hacker, Sombra. It begins in Saint Petersburg, Russia, directly following the animated short, Infiltration, where Sombra infiltrated Volskaya Industries (the premier anti-omnic security force). Sombra, along with Talon members Reaper and Widowmaker, were supposed to have assassinated Volskaya, but instead, Sombra presents Volskaya with a very difficult choice. Chairman Volskaya herself, however, has summoned Sergeant Aleksandra Zaryanova, the Russian Defense Forces’ strongest soldier, to track down and deal with Sombra. This is the 15th comic in the Overwatch series, released by Blizzard Entertainment in the fall of 2017 and collected in the first volume of the Overwatch Anthology. Now Dark Horse Comics has re-introduced the story as part of Free Comic Book Day to a new group of potential fans who may not even be playing the game. FCBD’s purpose is to help people get into comics. Dark Horse’s inclusion of Overwatch is a sneaky way to encourage them to also check out one of our favourite video games.

Zarya is known for her absolute loyalty to Mother Russia, so when Volskaya calls upon her, it is easy to set Zarya to do her duty. But, after traipsing across the world in search of Sombra, who Zarya believes is a collective group, rather than a single person, Zarya comes up blank. Volskaya sends her a partner, the omnic hacker Lynx Seventeen, to move things forward. But Zarya is also known for her hatred of omnics. Through self-improvement algorithms, omnics have evolved into far more than robots, but Zarya, a survivor of the Omnic Crisis who grew up surrounded by the devastation the omnic rebellion caused, refuses to see them as anything more than robots, which, incidentally, is the Czech word for “slave.”

From the beginning, Volskaya shows herself as a manipulative business woman, and Zarya is very easy to manipulate because of her beliefs and biases, as well as her deep sense of loneliness. Volskaya uses all of these things to steer Zarya in any direction she needs. This is where the comic really shines. The story forces Zarya to confront her biases and question her loyalties. It’s a fairly common recipe for character development as she re-evaluates her world view, but these are the keys that highlight what Zarya is truly searching for but cannot find: friendship, largely because people keep using it against her. As a result, we get some long-needed depth added to one of the more beloved characters of the game.

There are several cameos that players will appreciate, including familiar playable characters and NPCs in the background, and secondary characters from other stories lending their support in Zarya’s cause. In this case, the 14-year-old girl, Alejandra from Hero, who helps the pair finally find their target.

Like the game, Niemczyk’s art is bright and colourful. In fact, the page colour themes typically seem to alternate between blues and magentas, the prominent colours in Zarya’s design. The artwork is also very expressive, with a lot of focus on Zarya and later Sombra’s faces. Interestingly, the panel structure is very formulaic at first, but when Sombra shows up, we get more obtuse and acute angles. And most importantly, we get scenes like this to inspire more of the ships that truly make Overwatch the gem it is. As is typical of Free Comic Book Day comics, this one comes with another story. In this case, it’s Eisner Award winner Black Hammer, by Jeff Lemire, Dean Ormston, and Dave Stewart.