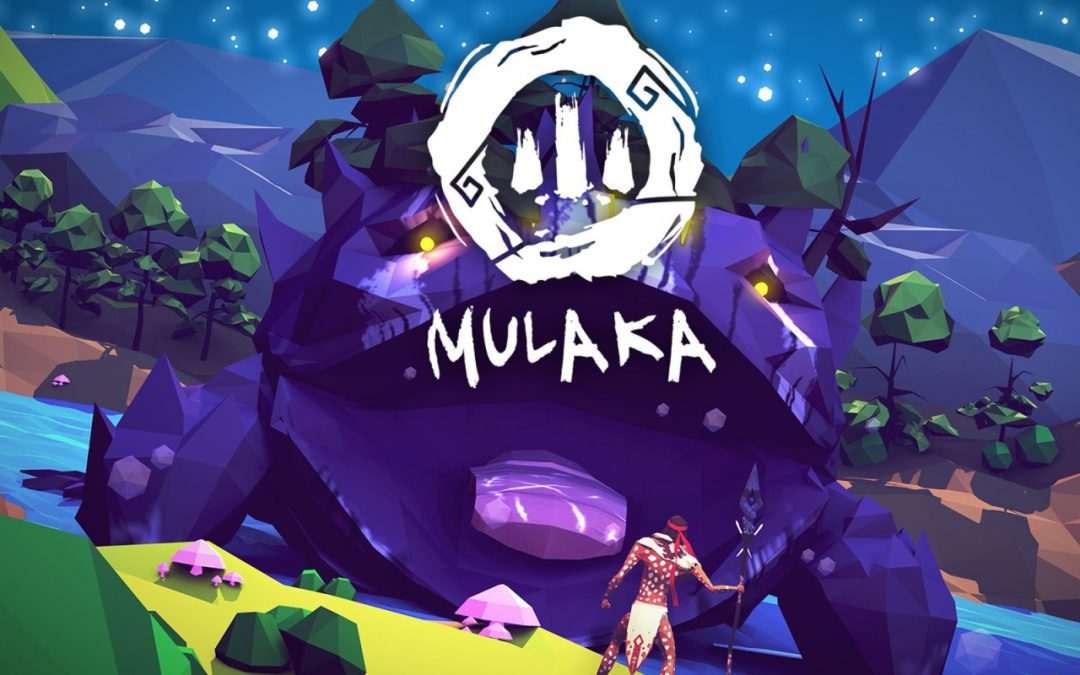 Hidden in the peaks and canyons of the Sierra Madre Occidental mountain range, just south of New Mexico in the Mexican state of Chihuahua, hides the isolated culture of the Tarahumara. They’re a rugged, mountainous people that are known for their endurance. Legend has it that the Tarahumara can outrun a deer—all while wearing sandals made from recycled tires.

The Tarahumara aren’t just quick on their feet, though—they’re about to be famous.

“Anyone living in Chihuahua sees and interacts with Tarahumaras every single day, they’re part of our daily life,” Edgar Serrano, director and co-founder of video game development studio Lienzo, said via email. “Ironically, almost everyone who lives amongst them knows little to nothing about them and their customs.”

The small team at Lienzo has pulled Tarahumara culture to the forefront with their latest project: Mulaka, a action-adventure game inspired by the stories, myths, and legends of the Tarahumara. But what started as a spark of inspiration born from the unique colors, clothing, and customs of one of Mexico’s indigenous peoples has quickly transformed into something bigger. In what could be considered a huge victory for Mexican developers, Mulaka has secured the honor of becoming the first Mexican video game to snag a spot on all three major consoles (PlayStation 4, Xbox One, and Nintendo Switch).

While no members of Mulaka’s core team are Tarahumara, Lienzo was careful to consult with several cultural advisors throughout Mulaka’s development process. One such cultural advisor was Martin Makawi, a Tarahumara activist, thinker, and artist. You can spot Martin telling a Tarahumara tale with his family at the beginning of Lienzo’s promo video on the mythological creatures of the Tarahumara culture—and hear his voice in the main game, where he plays the part of the narrator!

“Getting people interested in this culture has always been a driving interest for us,” Serrano said, when asked about the motivations behind Mulaka. “Not just Tarahumaras, we believe that creators have to look inwards for inspiration, not only outside. There are a ton of great stories that have never been explored before, and by doing so, you’ll also help in preserving amazing human heritage.”

Mulaka’s main story is rooted in the Tarahumara belief that humanity’s corruption will cause the human race to be wiped out. The main character, the titular Mulaka, is a Sukurúame, or sorcerer, tasked with trying to convince a group of powerful demigods that humanity is worth saving. As he gains the favor of the demigods that inhabit the rich world of Mulaka, he learns to transform into the shapes of the demigods that he’s encountered. The ability to shape shift into different creatures (such as a woodpecker, a mountain lion, a bear, and a river serpent) opens up new mechanics and new areas to explore.

I had a chance to get my hands on the Nintendo Switch version of the demo of Mulaka at PAX West last September. While the controls were still a little rough around the edges (though that’s probably my show floor fumble fingers at fault), I was immediately drawn to Mulaka’s colorful hero, its “vibrant, low-poly visual style,” and its delightfully unfamiliar influences.

“Myths and legends which could be considered not ‘epic’ enough for a main quest are also in the game, in the form of NPC dialogues, or collectibles throughout the levels,” said Serrano. “One of my favorites has to be the one about the rainbow … They believe that rainbows are evil! They announce the end of rainfall, so they go out of their houses and try to slice it up with knives. It is believed that the rainbow is actually two fat men.”

Tarahumara culture has touched more than just the plot of Mulaka, though. The Tarahumara’s hallmark endurance translates into unlimited stamina in the game. Their belief that men have three souls has given Mulaka three health bars. Enemies like the Rusíwali (soul-eating rocks), the Ganokos (giants based off of a vegetation god named Ganó that ate stolen children), and the Seeló (humanoid enemies with mantis heads) are based off of creatures from Tarahumara myths. Every facet of the game is in some way representative of the Tarahumara culture, from the gameplay to the characters and the setting—to the point where the Basaseachic waterfall is even on a 1:1 scale!

“We believe that anything that is communicated in videogame form has much more impact and is much more transcendental,” Serrano said when asked about Lienzo’s use of video games as a medium to draw interest to fading cultures. “It’s almost naive to think that generations today will be interested in culture if you don’t present culture in a manner that’s most digestible and fun!”

Lienzo has made the Tarahumara culture accessible to others in more than one way. Between lack of funding for video game developers based in countries like Mexico and the innate language barrier between cultures like the Tarahumara and the greater population, introducing Indigenous Mexican culture to a broader audience can be challenging. In fact, the book on which most of Mulaka is based, Anirúame by Enrique Servin, is only available in Spanish, which makes projects like Mulaka all the more valuable.

Serrano doesn’t consider Mulaka to be an educational game, though. While the team at Lienzo wanted to pay homage to another culture and knew it was important to “communicate a whole universe … and leave you with a sense of having extensive and well-based lore behind it,” they made sure to develop Mulaka as a game first. While rolling, slicing, and stabbing my way through the game demo, I couldn’t help but feel a familiar thrill.

“It’s impossible for any game developer to create an action adventure game without drawing from Zelda,” Serrano said. He also cited inspiration from games like Assassin’s Creed and Dark Souls. “But,” he said, “Mulaka’s the work of 8 people, and there’s definitely a little of each of us in it.”

As a gamer with no knowledge of the Tarahumara, I found that the mixture of a foreign mythos and a recognizable gameplay style gracefully straddled the line between the beloved and the unknown. As I whacked enemies with my spear, gazed into the mystical with Mulaka’s specialized spiritual vision, and solved water puzzles to unlock the next part of the level, I grew more and more fascinated by the rich world of Mulaka—and by the avenues that video games can open up for cultural education.

Did you finish Breath of the Wild and are hankering for more action adventure exploration? Are you interested in immersing yourself in the culture of the Tarahumara? Good news: Mulaka is available for PlayStation 4, Steam, Nintendo Switch, and Xbox One. Not only that, but ten percent of Mulaka’s earnings will be donated to nongovernmental organizations working with the Tarahumara! You can also sign up for Lienzo’s mailing list here to stay on top of upcoming news from the forefront of Mexican video game development.