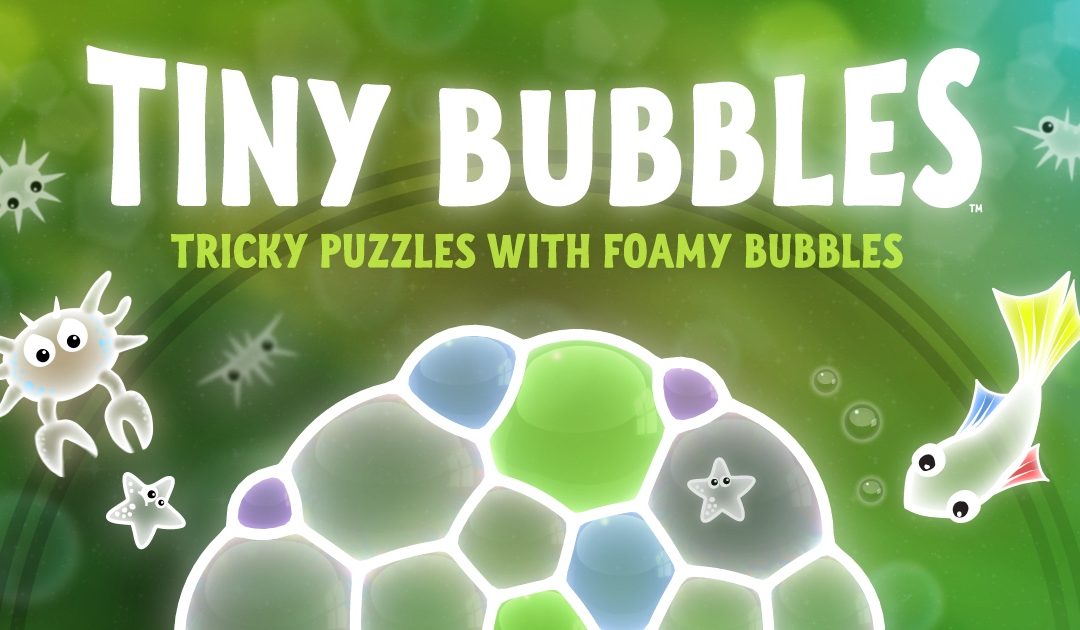 If you met Stu Denman on a convention floor, you might mistake him for a fresh face to the video game business—but don’t let his approachable appearance and vibrant enthusiasm fool you. Denman co-founded his first video game development company in 1995 and has spent his career working with big name companies like Sony, Universal Studios, Activision, and Microsoft. Denman’s most recent escapade, a small indie team known as Pine Street Codeworks, launched in 2015, and its first project has already been snagging accolades left and right.

On the surface, Tiny Bubbles looks like just another cute phone game. But, like its creator, you can’t let its appearance fool you. Its colorful aesthetic and match-four-inspired gameplay have taken the West Coast by storm, earning it well-deserved victories at the 2017 Amazon Game Developer Showdown, the 2017 Google Play Indie Games Festival, and the 2017 Seattle Indie Game Competition. It was also included in the 2017 PAX 10 at PAX West, where I first experienced Tiny Bubbles (and Stu Denman) in person.

Denman’s love for video games began back in the era of the Atari 2600, but he credits his middle school years with the birth of his passion for coding and development. “I had this incredibly inspiring and funny math teacher who took me under his wing, and I started staying after school with other kids to learn how to program games in his ‘Computer Club,’” he wrote in an email. Denman’s parents recognized his passion and shelled out the cash to purchase him an Atari 800XL, which gave him the opportunity to create his own games. Thirty years later, he’s still creating.

Denman’s games often “explore the wonders of nature.” Tiny Bubbles is based around a common natural phenomenon: the soap bubble! Players must infuse bubbles with droplets of color until four bubbles of the same color are touching, causing them to pop. Each level only has a certain level of color droplets available, though, which makes the ability to strategize an integral part of successfully playing Tiny Bubbles.

The science behind soap bubbles isn’t just another video game mechanic for Denman, though. Denman’s grandfather was a metallurgist at MIT. He worked on the Manhattan Project, pioneered the first research on plutonium metals, and served on the President’s Science Advisory Committee in hopes of “encouraging leaders to control the proliferation of nuclear weapons.” Denman’s grandfather studied soap bubble foams back in the 1950s because of their similarity to metals under a microscope.

As a kid, Denman would spend his summertime visits with his grandfather learning about what fun new experiments the scientist was pursuing. Even as Denman’s grandfather grew old, he would eagerly examine creatures, mushrooms, and leaves that he found during their walks through the New Hampshire forest. “He was colorblind, so often the structure of things was what fascinated him more than the colors,” Denman revealed. “I think this is why he loved bubble foams so much.”

“I started thinking about making a game, and I just couldn’t shake the thought that soap bubbles have these strange properties; that there must be a game in there somewhere,” Denman said. His inner creativity latched onto the mechanics behind soap bubbles, and so the idea of Tiny Bubbles was born.

In some ways, Denman views Tiny Bubbles as an extension of his grandfather’s legacy. “I like that his lesser-known interests, like bubbles, can be celebrated,” Denman said.

But while the original concept behind Tiny Bubbles can be attributed to his family’s unique connection with soap bubbles, the final product is all Denman. Denman’s goal was to make a game that felt like an instant classic.

“When I set out to make this game, I wanted to make something that was completely unique. My test for this was I wanted to make a game that made me feel like the first time I played Tetris.” He wanted Tiny Bubbles to be fun for everyone, regardless of age, gender, or cultural background—something “elementally human”.

Tiny Bubbles is an inherently clever game. The introduction of new challenges is perfectly paced to introduce new mechanics without overwhelming players. Denman’s a big fan of puzzle games and drew inspiration from titles like Swapperoo, Monument Valley, Klocki, and Zip Zap. He’s very careful about the progression of the challenges in Tiny Bubbles. “[Hardcore puzzle games] tend to just frustrate me instead of surprise me with unexpected fun challenges,” Denman said. “I think the difficulty ramp on those games is too steep for most people.” Denman is no stranger to frustration. The physics behind the bubbles at the bottom of your sink is unexpectedly complex, and there were times during the development of Tiny Bubbles where Denman was “stumped to the point of despair.” He struggled to create code that performed correctly 100 percent of the time.

“The foam simulation would ‘explode’ in rare cases and the math solvers were slow. On the edge of giving up, I went outside, took a deep breath, and said, ‘What does nature do?’ A solution came to me, so I tossed out everything I had done and started over with my own unique code to simulate actual soap molecules—and it worked!” he said.

Denman’s not the only responsible party for Tiny Bubbles, though. His charisma and love for video games have drawn in friends, family, and other professionals alike. “Kristoffer Larson created the audio and music. My neighbor James, who is also a game designer, made about a third of the puzzles… My wife Paulette helps organize these events as well as handles Production and P.R.” Ever the gentleman, Denman is overwhelmingly grateful for the support he continues to receive from fans and peers. “Many other indie game developer friends have shared their feedback and helped me improve the game immensely.”

As video games grow and develop as both a medium and an industry, it’s the passion of people like Stu Denman that brings a sense of inspiration and innovation to the development of games like Tiny Bubbles. Tiny Bubbles isn’t just another fun way to kill time at the checkout line. New generations of creators unveil new perspectives, and even the most entertaining of puzzle games can reveal a heart-warming story—for those that are willing to look beyond their colorful, cute exterior.

It just goes to show that, in the right hands and with the right amount of hard work and dedication, one tiny idea can lead to huge success.

Pine Street Codeworks is a small team with great things ahead of it. If you’re interested in trying Tiny Bubbles, it’s currently available as an early access app on Android via the Google Play Store and is forthcoming for both Steam and iOS. You can also sign up to be notified about new Pine Street projects at their website, or follow them on Twitter and Facebook under the name @pinestcw!