Pokémon GO Doesn’t Need to Convince Me Pokémon Are Real, I Know They Are 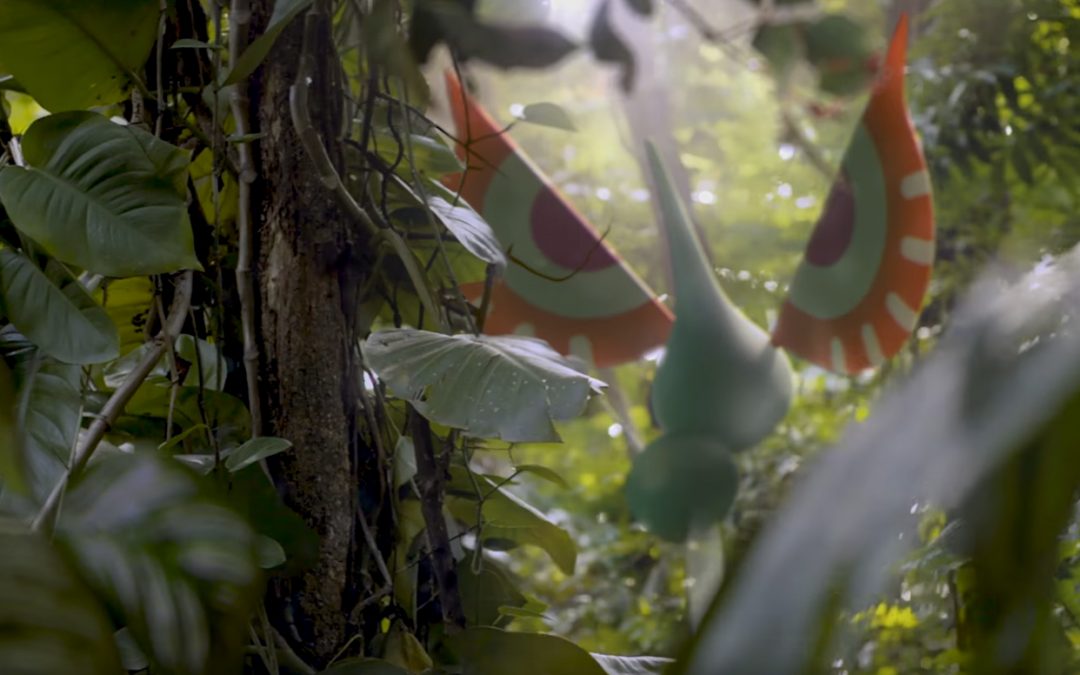 Almost anyone who has been touched by the Pokémon franchise has anticipated the rite of passage of officially becoming a trainer. However, turning ten (the official age one can own and battle with Pokémon according to certain canon) is a time that quickly comes and goes. Despite going through the fiery trials and tribulations of adulthood way past the age of ten, I still do not have a Pikachu. But, like many others, I remain optimistic. After all, if thousands of new species of animals are discovered and named every year, perhaps we simply have not found Pokémon yet.

That said, the Pokémon Company’s official Youtube channel uploaded an attempt at a rare, poignant capture of Pokémon present within our very Earth. What it feels like, instead, is Pokémon GO’s attempt to get back on the radar by rekindling these nostalgic feelings.

It is worth pointing out, however, that the teaser dropped the same day Niantic officially announced their acquisition of Escher Reality, an AR startup that aims to develop tech for cross-platform and multi-user augmented reality experiences.

Theories abound that Niantic may well be on its way to finally address the missing, “true,” multiplayer element of one-on-one battling, a part of a long list of missing features the app has been criticized for lacking since release.

When Pokémon GO was announced, there was no doubt that its initial surge of popularity largely depended on fans and nostalgia. Trying to reach the once-rambunctious kids who are now adults—or parents themselves—armed with smartphone technology, GO is simply part of the recent wave of revivals and remixes of trends echoing back to the 80s and 90s by targeting this very specific generation.

It does not take a study to note that the game has simmered down considerably since its release in the summer of 2016. Very rarely, if at all, are there still sights of hordes of strangers—both children and adults alike—asking for Team affiliations and trading tricks. Late night television and sensationalized press are no longer frenzied with warnings that the game can literally kill you.

Bigger devotees of the Pokemon franchise are split between hating and loving Pokémon GO. Niantic has often been on the receiving end of criticism for the game’s bugs and limitations, especially when compared to the world and system suggested by Game Freak’s video game series and the various anime. Fans will always find issues with attempts to re-imagine what made a previously established thing great, with the imitation never living up to expectations.

Niantic, Inc, the developers of Pokémon GO, clearly understand what Pokémon means to a large portion of the world. But this recent marketing strategy that presents Pokémon as a fresh, magical concept waiting to be discovered in our world feels like an unnecessary reminder to an audience with previous familiarity.

But what is the issue in presenting Pokémon as real, as we always wanted them to be? It is apparently easy to be astonished, since, according to a press release, the footage is rendered “so realistic, viewers may not immediately realise what they’re watching, with the shadows and footprints of the latest Pokémon™ GO characters creating a hyper realistic viewing experience.”

GO itself neither looks anything like nor offers anywhere near the experience the teaser suggests. Depicting the possibility that players can get themselves down and dirty and knee-deep into the sublime, the places one can travel within Pokémon GO are heavily restricted by the confines of the camera and what is effectively user-curated, digital geocaching. The teaser is more akin to something like Pokémon Snap, a game some had ambitiously envisioned GO to be like prior to its official release, which in fact ran a similar ad on the notion that you can find Pokémon in the wilderness back in 1999.

“[N]ational treasure” Stephen Fry lends his voice to narrate this faux-documentary teaser with his “dulcet tones.” However, any male personality with an English accent immediately harkens to Sir David Attenborough, who is known for his voicework in a huge filmography of nature documentary programmes. George Fenton, composer for the Planet Earth series and Blue Planet, has somehow found the time to also provide his talents for this teaser.

Over the past year, Pokémon GO has had several new Pokémon additions, such as selections from the Hoenn region including legendaries Kyogre and Groudon. The teaser suggests that there are to be more creatures from Hoenn added to the game soon. Otherwise, the more recent updates to GO have been purely cosmetic, from dynamic weather effects and new, sporty looks for your trainer to remind you that, no, you should not cheat your way through this game and instead take a real walk.

Trainers, it's time to suit up! New avatar items are now available to purchase after you earn Battle Girl, Jogger, or Fisherman medals. pic.twitter.com/RdaEMYui29

As the industry continues to experiment with virtual reality and other media to ground to better understand how to ground and fully their immerse players in these generated words, perhaps it is fair to try to ride on nostalgia. Niantic seems to be investing its cards in particular franchises to demonstrate its potential when it comes to future augmented reality experiences.

Niantic is repeating things and struggling to recapture the whimsy that Pokémon fans have already known with this recent marketing campaign. After all, Niantic did not need to reassure me that Pokémon are very much real. As Niantic continues to recuperate Pokémon GO’s losses by pushing the game back into the forefront, it seems like not just players, but developers, needed to be reminded that it simply takes work to find the magical creatures that have we have so sought in our childhoods.