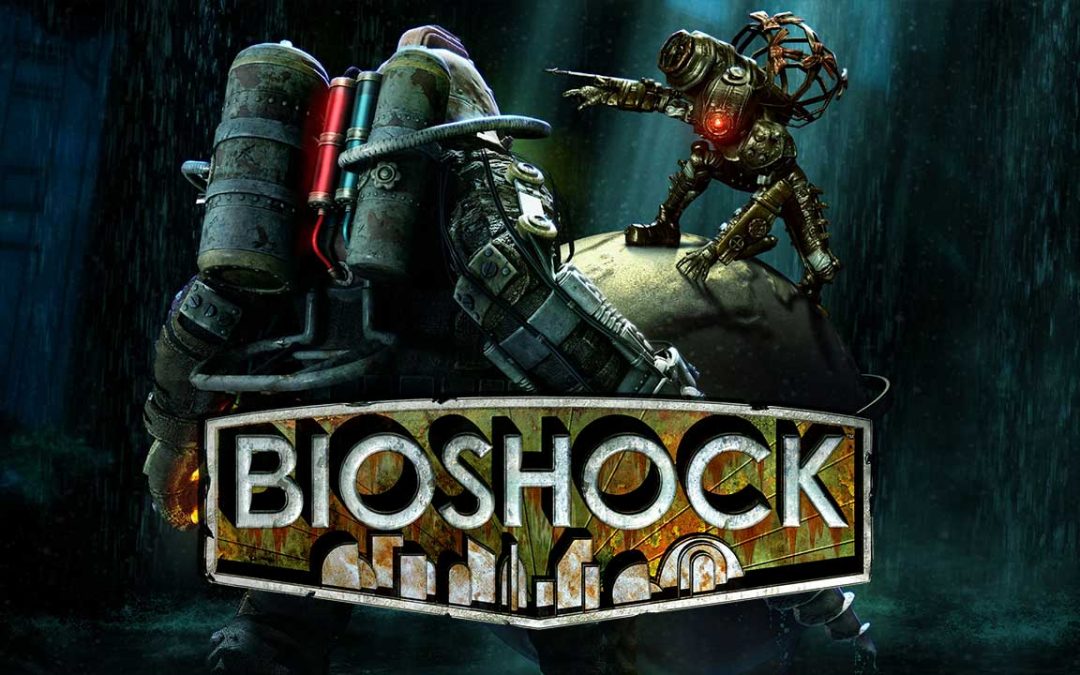 BioShock was not the first game I ever played. It was, however, the first I loved.

My introduction into the world of video games was through a cousin kind enough to let me watch him play Pokemon on his GameBoy Advance. We were pressed side-to-side and sweating from the proximity and heat of the desk lamp reflector bulb as we shared the itty-bitty screen with one of my sisters on the bottom bunk. I was entranced. But we were a 4-H family: a home-schooled, God-fearing, book-reading family. Pokemon was the devil. Video games would rot my mind. My time was better spent tending to my father’s massive reptile collection, to my sister’s livestock, and to cleaning the house. For years, I didn’t question that. I played follow-the-leader with my sister’s interests in boys and country music and tried to assimilate into a role that would never fit me. Video games were an unspeakable luxury to be had only when visiting friends, and my love of them languished in silence.

One afternoon in high school, my oldest sister’s boyfriend brought me a stack of magazines. He’d heard I liked fantasy and video games, but wasn’t allowed them, so he was passing on a couple years worth of Game Informer magazines that he’d been ready to recycle. And on one cover was a figure in a diving suit cradling an unconscious child, stained blue and green by the light filtering through the undersea world around them. A love of swimming and a traumatic extremely early exposure to Jaws had left me both terrified and hypnotized by the ocean; I pored over the article, the ideas teased within the pages, the melting face of Rose the spider-splicer. This was my first exposure to BioShock, to the raw potential in video games beyond the lime-and-navy dotted screen of Mario on a GameBoy, and like the ocean, it swallowed me whole. Ten years later, the connection I have to the game is almost embarrassingly cliche. An abused, isolated queer latching on to the tale of a man whose pursuit of perfection in an isolated society only led to the destruction of its inhabitants? Were I to submit this part of my life story to a creative writing class, I would rightfully be mocked for my heavy-handed symbolism. But that’s how it goes sometimes. You find lifelines in the strangest of places, clinging to them even if they are made of barbed wire. For years, I played catch-up to video game culture. I pored over them, living vicariously. A friend of mine told me it was like a paraplegic subscribing to a bicycle magazine. A few months later, he would ‘lend’ me his DS and a couple games; many years later he would give me Twilight Princess. It was through the generosity of friends that I got my foot in the door, stashing handhelds five years past their heyday under my pillow. Dial-up internet and a need for discretion, even after my mom joined my side and would get me games for the holidays my dad spent traveling, kept me from anything above Zelda in terms of story or graphics. Solid games, yes, but I yearned for narrative, for character development, for pathos and catharsis and all the other elements of a good old-fashioned Greek tragedy. Every game I played felt like a stepping stone to reach my end goal of BioShock.

Christmas of 2011: back at my parent’s house for the holidays after my first semester of college, on my still-new laptop for school, I booted up the game I had downloaded as an early present to myself. I didn’t simply play BioShock. I drowned myself in it, from the moment the plane hit the water until the ending credits. It was ten times as good as I had hoped it would be, even if it left me flinching every time I turned off my bedroom light for weeks. Every new level meant new secrets, new enemies, new details of the world of Rapture and how paradise had become purgatory. Like the namesake of the game’s mana system, EVE, I was driven deeper and deeper by my hunger for knowledge, until, finally, I came back to the surface a changed person.

No one can deny that BioShock is an amazing game; it’s been likened to Citizen Kane as far as defining the art of the medium. The absurdity of the cheerful Rapture Reminders and the myriad ads for Plasmids clashing with the filthy desperation of the city’s mutated inhabitants is a perfectly balanced setting for a horror game. But for me, the queer child of religious parents, spoonfed the idea of unconditional godly love while simultaneously being emotionally abused, Rapture feels like home. I see myself in Diane McClintock, fighting against a system that betrayed her and manipulated by those she loved. I see myself in Brigid Tenenbaum, fighting a system that she helped create. I see myself in Kyle Fitzpatrick, encased from the waist down, forced to play the music of a madman. BioShock is more than a horror game. It is an epic in the purest Greek theatrical tradition, complete with prodigal sons. It is a story of self-discovery, deception, redemption, and subjective triumph. The difference between those classics and games like BioShock is agency; the ability to choose. I had spent my life as Kyle Fitzpatrick, but BioShock handed me a weapon and let me become Jack.

Perhaps it’s like the old adage, that children who grow up scared find security in becoming scary. Perhaps I view Rapture as it could have been, a paradise for those who felt chafed by society’s restrictions. Whatever the reason, BioShock was and is my favorite game, and while it may not have been the first I held in my hands, the impression it has left on me will last a lifetime.