Game Enjambment: digital me in a digital world (Undertale) 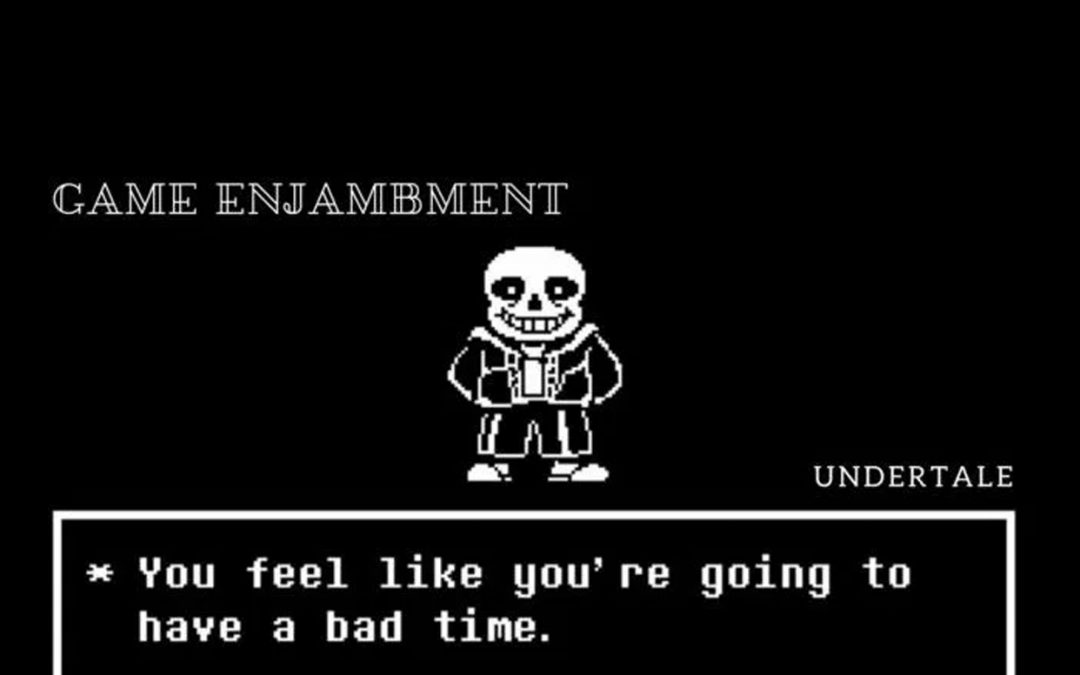 Most games encourage you to dehumanize your actions while playing. Most games don’t presume your choices reflect your personal morality—except for Undertale. This poem is inspired by these notions and these choices.

digital me in a digital world

being human and being humane are different paths.

bone-sans asks, after you murder every digital friend, “do you think even the worst person can change?
that everybody can be a good person,
if they just try?”

who said i didn’t try

you felt your sins crawling on your back.

“yeah, you’re the type of person who won’t ever be happy”

sans crawling in my head.

“i thought we could be friends”

visual sins/sans. sans humanity. sans regret. sins splayed around. sin, digital real sin, all the same. one is a path, one is an echo.

being digital evil is the same as being human evil.