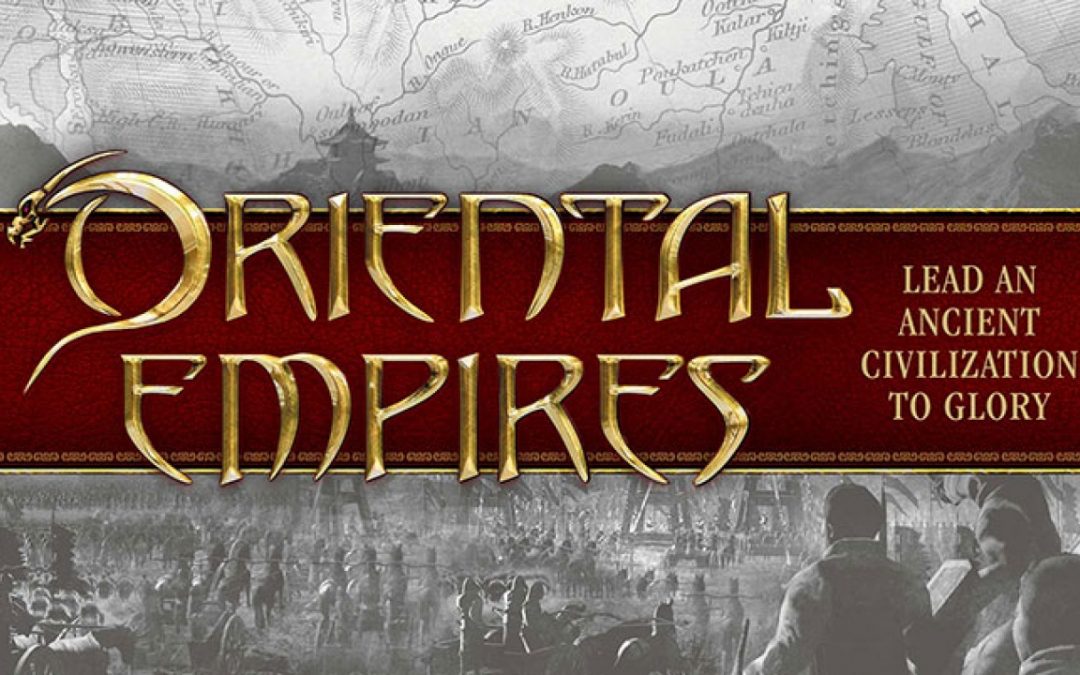 My first impression of Oriental Empires was pretty low, mainly because of the less-than-lovable title. I was preparing myself to endure ill-researched historical caricatures of the “Orient,” but I was pleasantly surprised when I began playing. There is decent representation of a large variety of tribes that later were absorbed or unified together to become China. Furthermore, there are a variety of ethnic groups that are shown instead of the ubiquitous “Chinese.”

Still, despite the decent representation of early Eastern Asian history, the game feels as though it uses the culture to flavor a feudal war civilization simulator. The game felt expansive but shallow in the way it showcased the nations that inhabited what we now know as China. This especially came through in the dialogue with NPCs that can help or inhibit your roaming armies and diplomacy with some nations (which could be a result of not knowing as much about these groups).

Oriental Empires is a turn-based strategy game in which players simulate ruling over competing nations either offline (with customizable difficulty) or online against other players. The setting is 3D mapped to look similar to China, and you can view your nation either from afar or by zooming in to see individual, unique subjects that (slightly) interact with the world around them. The game features some similar mechanics to Sid Meier’s Civilization games or Endless Legends, but differs with its finely tuned controls over combat, the separation of four types of development, and the systems of Culture, Authority, and Edicts.

Among the playable groups are famous dynasties such as the Han and Shu. Other groups are non-Chinese people that lived near the region, such as the White Di from near Mongolia that have been historically depicted as terrifying monsters with goat legs; the forest-dwelling Dong Yi that were known for their unkempt hair and tattooed faces and bodies (very sexy); and other groups known to affect peoples of the region. Each nation has one of two ways to obtain food: farming or herding animals. Depending on the culture’s recorded history, they receive benefits and penalties towards specific mechanics of the game. The nations you first unlock all depend on farming, which is a great way to store food, but I noticed that the more farms I created, the more tempting it was for enemy nations to come and pillage my food sources. It then became a desperate juggling act of favors and bribes to keep them from burning my crops, resulting in the enemy tribes decimating my progressing cities with their traveling armies. I had a lot more success and less frustration herding wild game and horses—which led to some questions about the nutritional value of the food I was giving to my nation. We may have been pre-industrial pansies, but we need a balanced meal, dammit.

Players begin in assigned areas that align with the civilization’s recorded history. I would’ve liked to be able to choose my own beginning city, but I get that the developers are going for something closer to historical accuracy. At first, I tried to keep a low profile and keep few very advanced cities, but I lost very quickly because of comparative lack of resources. After that, I tried to expand as quickly as possible, sending out settlers every direction, which resulted in rebellions, insulted players, and my butt getting handed to me in a war I wasn’t prepared for. To no one’s surprise (but my own), expansion must be both gradual and fast in order to swallow up as much land as you need for any kind of victory.

Expansion opportunities must be balanced by two sources of Unrest. Unrest is a tricky mechanic to adjust to, however, because of the distinction between peasant and noble problems. It can be solved by upgrading your cities, accessing more food, and access to luxury building like palaces, temples, and shrines. Unrest can also be affected by Edicts, which are laws that you can decree for your society. Edicts can establish a Central Bureaucracy, which splits local power to allow land to be sold privately; another increases luxury taxes to obtain more national wealth at the cost of noble unrest. Some allow you to appoint strategists and enlightened thinkers into government positions, and my favorite forces all your nobles to ride horses (which causes unrest if they don’t like horses). Throughout the game, you acquire Authority and Culture. Your Authority amount directly corresponds to the number of cities that you can have under your control and is related to unrest by preventing rebellions forming in cities. I typically only quelled unrest with the peasants because fuck the bourgeois, but that led to the downfall of one of my most profitable cities when the nobles rose up against me, establishing themselves as a new nation.

Culture is described as a ‘soft’ power because it is what creates the national identity to make a unified nation more appealing to your people, reducing unrest of peasants specifically. Culture can lead to cultural prosperity, which allows for that form of victory. Whenever I play civilization simulators like this, I am so disinterested in war and do my best to go for cultural victories. My attempts at utopias were nearly impossible, however, until I actually invested in military units (though I did eventually hole myself up in the mountains and mine as much jade as technologically possible).

I loved the way the typical scientific development for this civilization simulator was split up into what they called Technology and Thought, which are advanced through four separate trees: Power, Craft, Thought, and Knowledge. Power allows your nation to develop agriculture, build roads, and advance warfare. Craft is your civilization’s ability to make more advanced things, like luxury items for trade or advanced armor, weapons, and city defenses. Thought is the philosophy and art created by your nation developing culture by discovering practices like shamanism, divination, and astrology. Knowledge is related to the understanding of the natural world, allowing for further development of science and technologies, including establishing Calendar, Astronomy, and Horse Domestication; this is pretty similar to Sid Meier’s Civilization games. Leaders arise in your society consistently over time, and I had a habit of accidentally sending them out to their deaths. They have two types of energies: Qi (energy) determines how effective your character will be in combat, and Ren (virtue) reduces the unrest in nearby cities. These two energies can increase when you leader is still young, but change when interacting with NPCs, level up through combat, and alter as the unit ages. Multiple leaders may be alive at the same time, typically with the oldest being the actual leader and the others as potential heirs when he passes (yes, he; the historical accuracy of the game showcased old-fashioned misogyny as well).  The passing of power from leader to heir does cause unrest depending on the Qi and Ren levels of the heir and his combat history, which I think is very cool. I would’ve liked to have seen female leaders, such as Empress Wu Zetian, who ruled over unified China during the later Tang Dynasty (690-705), but the only women ever shown were NPCs in cities, witches who cursed your officers (nice), or beautiful women who would sap their energies (not nice).

There are advanced tactical commands that can be issued in combat, such as flanking the enemy, charging, or forming a defensive line to push forward. I didn’t realize that until my third play-through, and it made my jaw straight-up drop. The diversity of combat is very exciting, and the animations can be viewed on a map-like screen as you wait for the results of battle, or you can zoom in to see all the units in your army individually fight for you.

If you must submit to another empire; for reasons such as uprisings in your cities, overwhelmed by their armies, or maybe from political pressure from other players, you may recognize another ruler as an emperor or become a vassal to another player to tip negotiations in your favor. At the cost of losing some control over decisions to your empire, submitting allows Authority to be overtaken by the recognized emperor, and your population then accounts for theirs towards victories. This is a very unique mechanic that gives a lot of flexibility when you’re cornered by another empire. I would love to see something like this in other civilization games.

Oriental Empires is an excellent game if you feel your life is better suited to be a feudal warlord in pre-unified China. However, I walked away feeling that my immediate assumption of the title’s implied Orientalism wasn’t a complete miss. The Qi and Ren and all other references to Eastern Asian culture seem more like ‘oriental’ flavor sprinkled on top of an already developed civilization simulator, rather than deeply representing the culture. However, they are at least slightly more refreshing than the expected Euro-centric storylines in most American games.

Also, I reiterate, the Dong Yi are super hot.