Why Are Professional Female Vainglory Players So Hard To Find?

The professional gaming industry is on the rise, and esports are getting bigger than ever with the introduction of new games like Overwatch in the last couple of years. It is a growing business that offers video game companies the opportunity to make more money, and engage more players. Companies like Comcast are buying up esports teams in the hope of making advertising revenue from franchise sponsors, and gaining visibility in the gaming market. Starcraft II, Counter-Strike, Street Fighter V, Halo: Reach, Overwatch, and League of Legends are all games that have professional female esports players involved in their competitions. So why does Vainglory struggle to keep up with inclusivity in their professional tournaments?

The mobile-only 3v3 MOBA from Super Evil Mega Corp (SEMC) came out of beta in 2015 with a player base of 1.5 million players, challenging an esports industry that primarily relies on computers or consoles. Professional teams like Team Solo Mid, Cloud9, and The Immortals play in SEMC- sponsored Vainglory competitions regularly, but without female players. So where are they?

Sadly, it seems as if most of the SEMC-sponsored competitions have left women out of the picture. This may be because of an uninviting culture within SEMC that is excluding women from being taken seriously as Vainglory players. Evan “Playoffbeard” Denbaum is the head of community and editorial at SEMC, and he doesn’t seem to take the problem of gender harassment in esports very seriously. Denbaum is known for comments asking about a “beards-only tournament” during a female-only Vainglory competition sponsored by SEMC, Mobcrush, and GankStars called Femme Fatale. After that inappropriate remark during a professional competition, it’s no surprise that the Vainglory community shows no sign of supporting women on their forums and in the SEMC-sponsored championships. If Denbaum is in charge of community and editorial, there’s little faith in a female-friendly repertoire with SEMC despite the organization’s supposed good intentions. 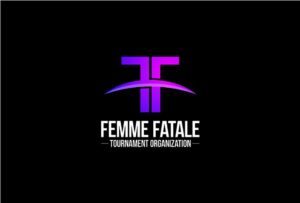 Maybe this is another reason it’s so hard for female Vainglory players to advance; men insist on barging into female-only tournaments, attempting to delegitimize efforts to encourage more women to advance. At the beginning of the female-only Femme Fatale series in early spring 2016, about half of the teams that registered for the competition were made up of male gamers. This forces staff to do a video interview with each team to vet for female-only teams. There aren’t enough women-only teams that get into the SEMC-sponsored regular Vainglory Live tournaments, and in the Mobcrush-sponsored ones, male teams try to take their spot. Some professional team rosters have lady players, such as GankStars, but many of the prominent teams that make it to the championships are guys only.

Another of the hard truths about Femme Fatale is that SEMC didn’t organize the competition or put it together as they do with so many championships regularly, though they are fully willing to put their name on the bill. Femme Fatale was started by a group of serious female Vainglory players on Team LadyHammers. In an interview with Planet Twitch, marketing director Heini Vesander said, “We are inviting everyone to play. Diversity for us doesn’t mean only gender; it also includes age and nationality. We hope to be a globally played title where everyone feels welcome.” If this is true, then why did it take eighteen months of game growth and a group of grown women with full time jobs and children to make a tournament happen for serious female players of Vainglory?

It’s difficult to believe that SEMC is dedicated to creating a game that anyone can feel welcome to play when they are funneling so much money into competitions that highlight male players. The editorial and esports team at the company only employs a single woman. The marketing team is primarily female, so it’s surprising that they haven’t made any steps to mitigate the sad lack of professional women players in SEMC tournaments. 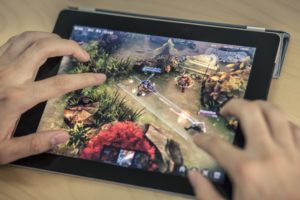 Vainglory on an iPad

Super Evil Mega Corp is sponsoring a $140,000 prize pool for this year’s annual competition in Singapore in December. That’s more than most female players make professionally playing Starcraft II and Halo: Reach in their entire career to date. SEMC recently raised $19 million during their D series round of investor funding, which brings their total funding so far to $61 million since 2012. Surely if they have the money to fund a $140,000 prize pool this year, they have some money to seek out professional female teams.

In a recent interview, Visander and Denbaum discussed Vainglory and the professional competitions that Super Evil Mega Corp has striven so hard to promote. They were directly asked how they go about promoting Vainglory as a competitive game to their players. Denbaum focused on competition seating and Visander mentioned a lack of monitors in the way of players’ faces. But there was no answer about promoting the game for a more diverse professional player base, or trying to bring in more professional female players. Denbaum even says that when SEMC was looking to make Vainglory a serious esport in the beginning, they looked for players they could turn into stars. So why aren’t any of those players female?

Half of U.S. gamers are female, according to Pew Internet Research. That’s over 81 million people in the United States alone. And 75 percent of those female gamers use a mobile device for their games. Super Evil Mega Corp says in interviews that they want to increase mobile gaming numbers and access an international audience. Why not start with targeting advertising to all the female mobile gamers out there? If Vainglory is going to be taken seriously as an esports MOBA, SEMC needs to take the demographic of the professional esports championships more seriously.

Other MOBAs, such as League of Legends, struggle with the gender gap but still have prominent all-female teams in coed tournaments. Overwatch, another new game on the professional esports market, supposedly boasts a female gamer base of up to 40 percent, but tournaments like the World Cup still lack female representation. But Overwatch is a game that is particularly prone to diversity growth, from all-female teams being signed in Asia to Ohio womens’ schools offering esports scholarships for young female gamers.

Female gamers struggle on a daily basis to be heard, to be even allowed to exist in many cases. To openly announce oneself as a female player, let alone attempt to find a team that will include you even though you’re female, is hard work for most female players. That’s how we end up with tenacious gal gamers like the LadyHammers, who started the Femme Fatale championships. Many female gamers want more, and are tired of accusations involving cheating or hurtful messages sent to discourage them from playing. There are formidable teams who continue to get involved, like Team Dignitas, the first female esports team purchased by the Philadelphia 76ers to play League of Legends. Ladies like Natacha Jones, president of the University of Manchester esports Society in the UK, encourage women to ignore stereotypes and do what they want. “It might be daunting entering a male-dominated scene, but see it as an opportunity,” says Jones. 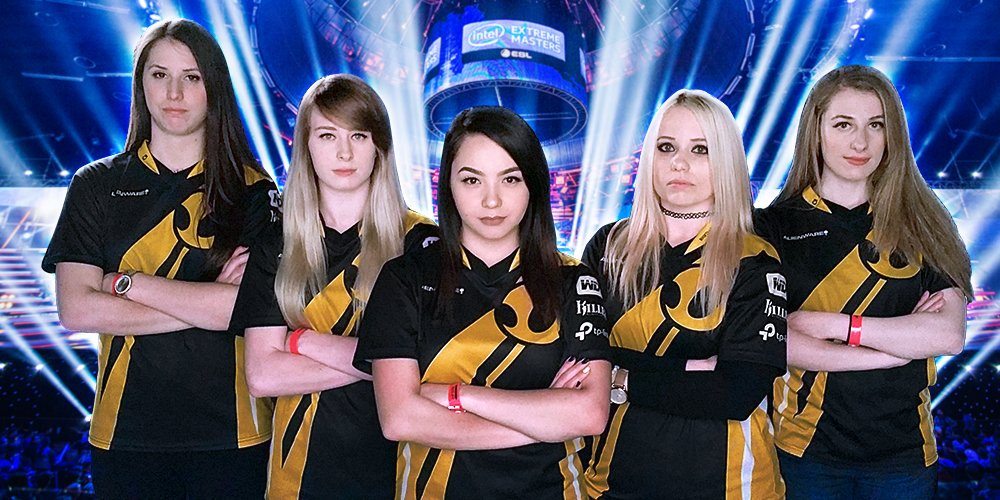 When female gamers aren’t getting shut out of competitions, they’re being bullied online because of their gender. Professional female esports competitors are also paid substantially less than their male counterparts. The highest paid female competitor has been paid around $200,000 during her entire career so far, while the highest paid professional male gamer has been paid over $3.3 million during his career up to this point. Many female players don’t care to highlight their gender, or the gender of their team, because they want to compete based on their gaming skills. Other groups like Black Girl Gamers and Femme Fatale seek to create the safe spaces they need with other female gamers or, more specifically, female gamers of color.

The gaming world is, for the most part, not female friendly. This makes professional esports even harder for women to get into. Super Evil Mega Corp is asking to be taken seriously and says they strive to create an all-inclusive game, but they continue to focus on little things like audience seating and camera angles, instead of using their newfound esports popularity to become more inclusive. Perhaps some day we’ll see them actively work to encourage more professional women gamers to participate in Vainglory esports, rather than focusing on their live event audiences. It would be an encouragement to tens of millions of women who love mobile gaming worldwide to see SEMC and Vainglory take their diversity claims about esports seriously.