Get Your Game On Wednesday: Money (and Loot Boxes) are the Root of All Evil

It’s Wednesday, once again, and I’ve got the gaming news you crave. From ongoing conversations about difficulty to the morality of loot boxes, this has been a wild couple of weeks in the gaming community. It all gets exhausting sometimes, so I’ve been spending some time revisiting Stardew Valley on the Switch, which is the perfect mixture of idyllic escape and easy reward. Kind of like loot boxes, now that I think about it… 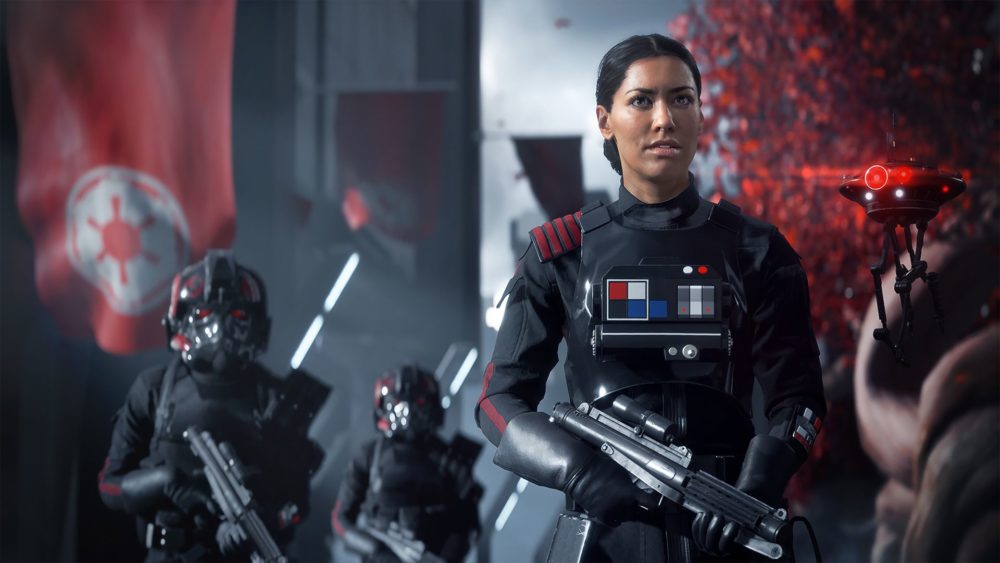 The loot box debate was kicked off in part by problems in the Star Wars Battlefront 2 beta, Shadow of War, and Forza, where it appeared that premium items and content would be locked behind random drops in loot boxes. The concern has been growing since more and more high-profile games started including loot boxes as a means to raise additional money post-release, especially because opening loot boxes can be addictive for players.

However, the ESRB told Kotaku this week that they won’t be including loot boxes as part of their warning system because they don’t see them as gambling because players always receive some content–desired or not–in exchange for their purchase. Kotaku’s Heather Alexandra argues that, regardless of what the ESRB believes, there’s a conscious channeling of what makes gambling enticing in the design of loot box systems. PEGI (Europe’s ESRB equivalent), on the other hand, said they’ll defer to gambling commissions on this matter.

In other money news, IGN has bought Humble Bundle, which is–well, it’s happened. Humble Bundle says says that nothing will change for consumers, but consumers aren’t so sure. There’s something concerning about a huge media outlet purchasing a retailer, especially one known for providing DRM-free copies of games and allowing customers to donate some of each sale to charity. Maybe nothing will change, but it’s worth keeping an eye on.

David Ballard, former environmental designer with Naughty Dog, has alleged that he was fired after reporting high-level sexual harassment at the company. According to Ballard, Sony HR fired him shortly after he reported the harassment, reportedly offering him $20,000 if he signed his termination letter and agreed not to discuss it with anybody. Naughty Dog’s response is about as lackluster and non-committal as can be, claiming they have no record of Ballard reporting sexual harassment and making no statement about further investigation.

Mike Laidlaw, creative director of the Dragon Age series and longtime BioWare employee, has parted ways with the company. We don’t know where his career will go from here or what this means for the future of the franchise (especially in light of other creative voices leaving BioWare this year), but we hope it’s a good move for everyone.

Cheating is annoying. Stream sniping, where players intentionally seek out people streaming and snipe them to watch them get angry, is even more annoying–especially with aimbots, and Epic Games, publisher of Fortnite, is fighting back. The company is suing two people said to be affiliated with a notorious cheat site, arguing that their actions go against the End User License Agreement. The players had some colorful words in response.

Life is Strange: Before the Storm episode two is due out October 19th! In the meantime, check out our review of episode one here, and prepare for some more angsty teen tears.

One player has been fired and two more benched after an explosive controversy in the professional Counter-Strike: Global Offensive scene. Vito “Kng” Giuseppe was terminated from the team after tweeting a death threat at another player who alleged that Kng and the other teammates that had arrived late to matches were hungover. Others suggested that Kng sought out Fns, the person who tweeted the suggestion, in person. Immortals claimed that Kng didn’t show up to a meeting to discuss his future with the team and was subsequently terminated.

Two Indigenous game designers from Ontario are working on a cybernoir game featuring a bisexual female detective as its protagonist. A prototype is available now!

Japan is the site of great technological development, but its progress also presents a unique problem for video game preservation. Kotaku covered the issue this week and it’s worth a deep read.

Nobody wants to think about death, but really–with so many of our games being digital, what can be done to pass them on when we die? According to Gamasutra, not much.

That’ll do it for this week! Have a good one, and I wish you all the skins you crave so you can quit the ceaseless grinding that is modern gaming.