Felix Kjellberg once again has said something racist. In a livestream last week he used a racist slur. Noted buffoon Ian Miles Cheong chose to mischaracterise this as understandable; as Kjellberg, also known as PewDiePie, let loose the term whilst in a “heated gaming moment”–angry because he was momentarily losing at a game–Cheong suggested that both the phrase and its use were meaningless. In fact, of course, what a person has allowed themselves to become comfortable proclaiming (internally or externally) is what will come out of their mouth when they are excited and cross. If Kjellberg is comfortable with racist language, that is what he will say. And he did. This is why people call him “racist.” It’s very simple mathematics.

To better illustrate this, we have asked around the crew for the secrets of their heated gaming moments. What embarrassing and crappy things do we say whilst upset because we are losing? Would we say them to another human being? Why, or why not?

What do you say?
To whom do you say it?
Would you say this among company?
Who are you?

What: Fuck. You fucker. Fuck off. FUCK OFF. Fuck this, I’m not playing. Lara! Lara really. And, on occasion: Ohhhh, Marioooo. You bastard. You little shitty shit.
Who: The console. The universe. Lara. Mario.
Would I: Certainly, if someone were to clown on me.
Who 2: Claire Napier

What: Fucking shit. Jesus fucking, fucking Christ. Fuck, fuck, fucking people, don’t they know this is a team based game? TEAM! Team, team. Jesus fucking, FUCKING Christ why do I play this? Jesus Christ. (x4)
Who: Bad machines and bad guys. Sometimes my own teammates in team-based games. Mostly swearing at myself for losing so poorly.
Would I: Does my husband count as company? He hears me. But otherwise probably not. I don’t need anyone knowing how tilted I get…
Who 2: Corissa Haury 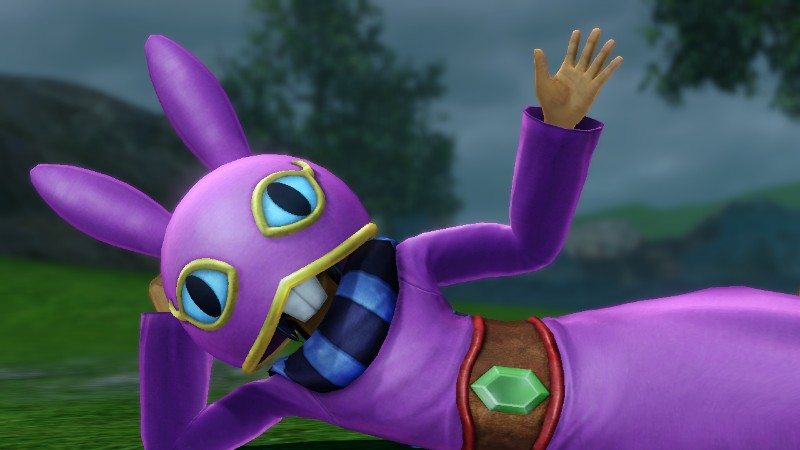 What: “Oh my fucking God, this is so FUCKING SLOW.” “WHAT THE FUCK IS THIS SHIT, this makes no goddamn sense. Why is this even in the franchise, seriously. CREEPY LITTLE GIRL DOES NOT EQUAL RESIDENT EVIL. GOD, they didn’t even try!” “HEEELLL YEAH MUSTADIOOOOO!” “Why is Ramza moving his arms like that?! WHAT IS HE EVEN DOING?” “Ravio?! What’s this asshole doing here?”
Who: I’m almost always commenting on specific characters, as you can see above. I legit did say the Ravio quote at the very end of A Link Between Worlds. The slow comments are to the King of the Red Lions in Windwaker and the emulated cut scenes/texts of Final Fantasy Tactics, both of which I’m playing right now. My rage is directed at Resident Evil 7. Fuck that game. Fuck it so hard. What a piece of shit.
Would I: Yeah, I have no qualms about these things. I’ve said worse, and my husband’s heard worse.
Who 2: Naseem Jamnia

What: Fuck. FUCK. Are you fucking kidding me? What the fuck. You fucking shit. Fuck you. I fucking hate this game. Do you want me to quit playing? I fucking will. This game is bullshit.
Who: Generally to the game, as though it were a conscious entity. I haven’t played the Rayman franchise in almost twenty years and I still can’t think of it without a small bit of mental cursing.
Would I: Without hesitation. My husband will hear me sometimes and rush in to ask what’s wrong, to which I have to sheepishly explain I’m yelling at a game.
Who 2: Nola Pfau 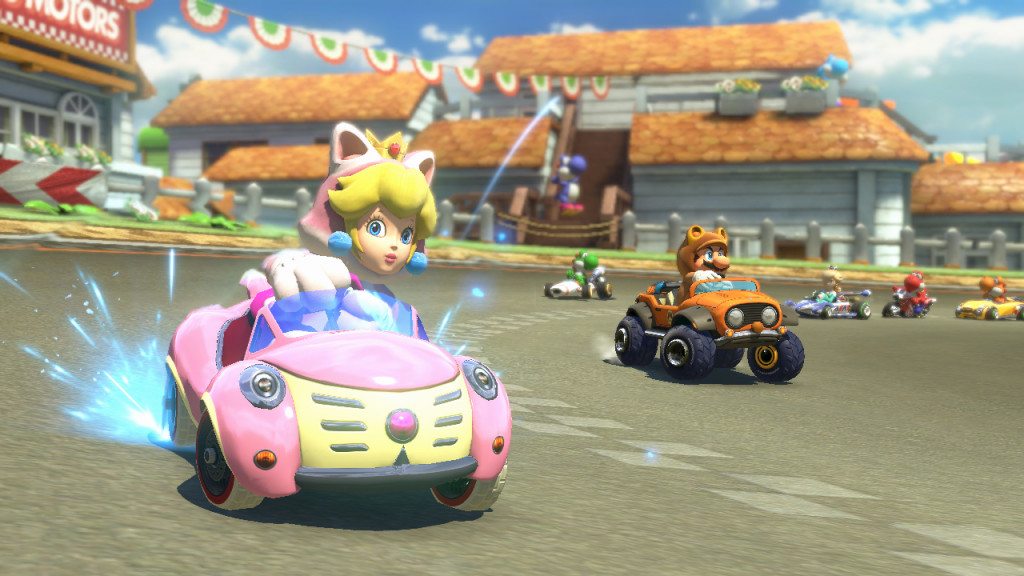 What: “You fungus-faced fuckweasel.” “Shove that pink dress up your ass, princess.” “Who fucking threw that fucking blue shell?! I’m going to fucking wear your skin.” “Fucking seriously?!?” “I’M GOING TO RIP THOSE STUPID FUCKING EARS OFF YOUR HEAD AND FEED THEM TO YOU.”
Who: Toad, Peach, whoever threw that fucking blue shell, Cat Peach and her stupid fucking ears.
Would I: Often.
Who 2: Corinne McCreery

What: Motherfucker, “Fuckity fuck fuck.” “GOD FUCKING DAMN IT.” “For fuck’s sake.” “GETINTHEFUCKINGCAR.” “That is absolute horse shit.” “*silently seething*”
Who: My husband, ATLAS interface.
Would I: Probably not to my mother, but at my friends/enemies: yes, definitely.
Who 2: Cathryn Sinjin-Starr

What: How fucking DARE you. You literal piece of human garbage. I will have NONE of it. ANY of it.
Who: Literally any enemy in any action game, but in this case it was a Mimic in Prey; Stephani.
Would I: Not at like work, but this is common fare around friends.
Who 2: Joesph Langdon

What: What?? Who’s shooting at me? Oh you’re fucking rude. You little shit, come here, I’ma fuck u up. There, you’re dead. Ha! [runs around] Oh fuck, oh fuck! Fuuuck, that’s a Hydra! I found the Hydra! Found it with my face! Well shit, I’m dead. Anyone can revive me? Well, I’m an asshole Vanguard, what did you expect. Thank you very much. I WILL AVENGE MYSELF!
Who: Enemies in Mass Effect: Andromeda Multiplayer. (It’s co-op, not pvp! The swearing is never directed at actual humans!)
Would I: Well, I’m always in the company of my squad while playing, so I guess I do. But I’m pretty sure I don’t swear like that outside of the game!
Who 2: Soco Cinconegui 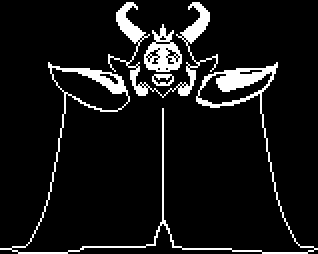 What: “Awww” in a weird little girl voice, “God FUCKING damn it” in a decidedly not little girl voice, “I hate this game,” plus incoherent shrieks of rage.
Who: The “GAME OVER” screen as it washes my pale face in its mocking glow. Asgore from Undertale. The never-ending waves of reapers in the final battle in Mass Effect 3. Those freakin’ hounds in Don’t Starve.
Would I: Not my coworkers or extended family. But I record myself playing (and losing at) games for all the public to see on Youtube, so…joke’s on me, I guess. Sorry if you didn’t know I swore like that, Aunt Tammy.
Who 2: Rachel Flory

What: I’ll banish you to the shadow realm and your whole damn family!!!
Who: Yugi, Kaiba, anyone who is beating me at a child’s card game (or any game).
Would I: I would because I mean who wouldn’t understand some light “not murder” threats.
Who 2: Alexis Sergio

What: “What are you DOING?” “Fuck OFF.” “Don’t you dare fucking do it.” “You cheating bastard piece of shit.” “Don’t fucking kill me, you dickweed.” Plus lots and lots of threats, random swears, and made-up insults.
Who: Almost always to the computer, especially on shooters, racing games, and fighters. Occasionally I’ll be rude to my friends playing fighters (which is why I try and avoid them) normally accusing them of spamming combos or cheating. Absolutely never to human players who don’t know me well enough to know I have an aggro streak.
Would I: Yes and I have done, though in general I try to avoid competitive gameplay, because I get so worked up. Most of the time it makes my friends laugh, but once I saw fear in the eyes of a friend’s friend. We didn’t play any more games together after that.
Who 2: Zainabb Hull

What: “Mother BEETCH!” in as close as I can get to the intonation of this guy who hit his thumb with a hammer this one time when I was in Iraq. Also “Faaaaaaaaaaack” drawn out as long as I can sustain a breath.
Who: My computer, and opponents and teammates in MOBA games.
Would I: I say them in front of my kid, even.
Who 2: Annie Blitzen