Again for the folks in the back, representation matters!

This week, game developer Boon Cotter took to Twitter to open up about his interview with Naughty Dog. You know, that little game company that makes games like Crash Bandicoot, Uncharted and The Last of Us. Yeah, no biggie. The thread quickly went viral in huge part due to the crushing earnestness of Boon’s story about seeing himself reflected in a burly gay male character in The Last of Us. The whole story is worth a read and a good reminder of why we continue to fight for representation in games.

To wrap it up, this was the day. Dat grin wouldn't leave my face, even with Nate giving me stink eye. pic.twitter.com/kHkLaUBqwT

For those of us who have watched way too much late-night anime, consent might not be the first word we think of when talking about sexy tentacles. All that is about to change if the tabletop game makers Naomi Clark, Mattie Brice and James Harvey get their way. Consentacle: A Card Game of Human-Alien Intimacy is a game where you and a partner help a tentacled alien and a curious human have a mutually satisfying romantic encounter. The game was originally just a showcase prototype, but after a positive response, the creators have decided to do one bulk print. It’s not slated for mass production, so the Kickstarter could be your only chance to satisfy your need for the romantic encounter you never knew you wanted to play. 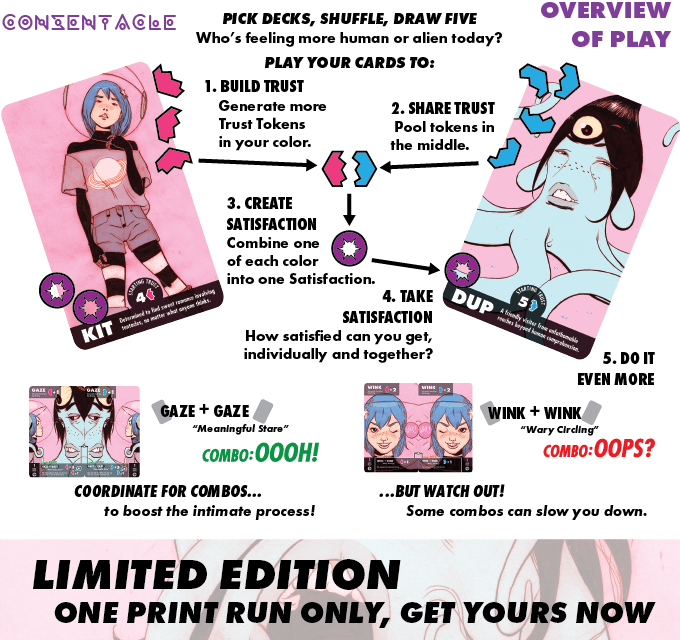 While women are making headway as gamers, there’s a place where the percentages are still lacking: esports. UK developer SimBin Studios wants to even out the odds with its Women and Wheels competition. The company states that women make up on 7 percent of the company’s competitive racers. Launching later this year via Steam, the competition wants to further promote the involvement of women in competitive gaming and esports.