Get Your Game On Wednesday: Harmacists and Hard Modes

It’s Wednesday, and I’ve been playing video games! I’ve explored an abandoned house in What Remains of Edith Finch and failed to solve crimes in Ghosts of Miami, as well as continuing to destroy people as D.Va. Speaking of Overwatch….

The Overwatch Mains, They Are A-Changin’ 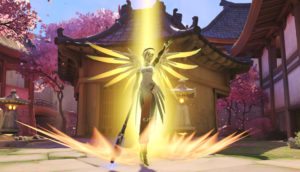 Blizzard announced some serious shake-ups this week in Overwatch. Mercy, one of the game’s most dedicated support heroes, is seeing major change as her group resurrection ultimate has been replaced with a single-rez ability, with her ultimate now allowing her to fly, chain heal, and do more damage with her gun. It completely redefines the way she’s played, allowing her to get in on the action rather than healing from the sidelines. But not everybody’s happy with the changes–Mercy’s abilities were well-liked by many players, especially the satisfaction of a well-timed team rez. Tweaks are already planned for the character, as her boost to damage during her Valkyrie ult makes her an incredibly (and arguably unfairly) powerful Harmacist.

Mercy’s not the only character seeing major changes. D.Va’s Defense Matrix has had its uptime halved, but, to compensate, she’s been granted missiles something like a cross between Pharah’s primary attack and Soldier 76’s Helix Rockets. The goal is to encourage players to play her aggressively, as many people have been relying more on her Defense Matrix than her other weapons. Because D.Va’s shield can eat ultimates like Zarya’s Graviton Surge and Hanzo’s Dragonstrike, she can be a bit frustrating to play against–it’s hoped that, with these changes, D.Va will be more fun to play and play against. As a D.Va main whose primary strategy is rushing in with her rockets and bullying the opposing team to death, I couldn’t be happier.

In less good news, discussion on the Overwatch subreddit has revealed that there are no dedicated servers in Africa, meaning players in African countries have to connect to EU servers despite the resulting lag. Because their connections aren’t as strong, they’re unable to prove themselves against countries with access to closer servers; when they’re operating at over 150 ping, it’s simply impossible for them to keep up. This is something Blizzard needs to address–it’s a pretty serious oversight for a game with a “world cup” to not actually let the whole world play.

Some Gains in Buying Games 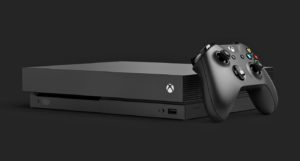 If your wallet’s burning a hole in your pocket, this is–or maybe was–a great week for you. Pre-orders for the Xbox One X are up, with a one-terabyte console, more powerful GPU, increased RAM, and 4K capabilities costing you $499.

If you like cheap games, key resellers are a tempting option. But those keys often come from people impersonating streamers or journalists and selling the keys for profit, and Acid Wizard Studio has an interesting method of fighting back–they’ve just put their game up for torrenting.

Mini SNES Classic pre-orders went up! And then they were gone. Best Buy sold out in just 16 minutes. While some may be available from select retailers, it’ll take some serious luck to snag one due to Nintendo’s limited supply.

If you’ve got the VR bug, good news–HTC Vive is dropping its price by $200, bringing it down to $599. Just after this news dropped came the report that HTC is considering selling the Vive to another company, hinting that they might be getting out of the VR game entirely.

Microsoft announced that there are over 100 games ready for the Xbox One X’s power, including games like Dishonored 2, The Witcher 3: Wild Hunt, and Firewatch.

If you’re not sure if a game will have a competitive scene, why not make it yourself? CD Projekt Red is launching their own esports series for the upcoming release of their standalone Gwent game, with $850,000 in prizes available.

If you found Horizon: Zero Dawn’s aesthetics appealing but were concerned about its difficulty, have no fear–the developers are introducing a story mode that will make the game’s expansive, beautiful world easier to explore regardless of skill level. The new patch will also introduce an Ultra Hard mode for those who like to walk on the wild side.

Gamers Outreach Foundation is one of many gaming charities helping get games to kids in long-term treatment at children’s hospitals. With support from organizations like Microsoft, Twitch, and even Bluehole, the company behind this year’s hit Playerunknown’s Battlegrounds, the nonprofit is connecting kids with games all across the country and, hopefully soon, around the world.

That’ll do it for this week! We’ll be back next Wednesday with more news, and until then, may your lootboxes be full of rares.