Life is Strange is one of the breakout hits of 2015. Brought to you by Dontnod, the creators of Remember Me, Life is Strange put players in control of Max Caulfield, a teenager with time-travel powers, as she navigates returning to her hometown in the midst of a Twin Peaks-esque mystery. 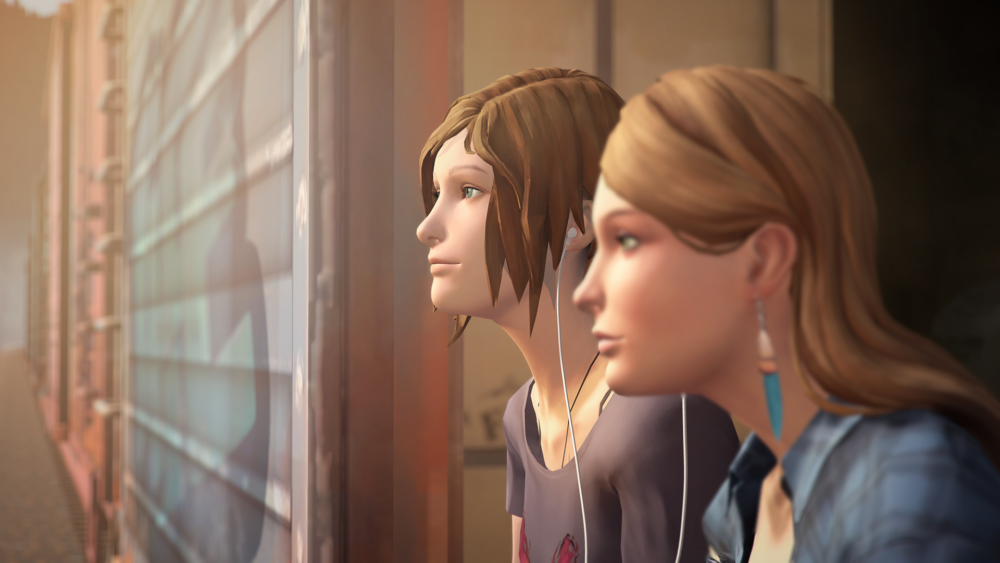 Life is Strange: Before the Storm, the upcoming prequel, dispenses with most of that. There are no time travel powers, no Max Caulfield, no Dontnod, and, most notably, no Ashly Burch, the voice of fan-favorite character Chloe. Fans of the series loved the game’s earnest and sometimes strange approach to storytelling—stories about violence and sexual assault exist alongside corny lines like, “I just vaped some dank OG bud”—as well as its well-developed characters, its melodic indie soundtrack, and its hand-painted, Instagrammy aesthetic. Instead, Before the Storm is the product of Deck Nine Games, the recently rebranded studio behind two Cool Boarders sequels and 2007’s Pain—two games not exactly known for their characters or stories.

Naturally, these changes have fans of the series concerned, and Deck Nine gets it.

“It’s a huge amount of pressure,” said Before the Storm’s lead writer Zak Garriss, in a phone interview. “In the best way. It’s an incredible gift. It’s a privilege for us, too.”

Coming to a beloved franchise as a recently rebranded studio is a unique challenge, particularly because Before the Storm has become the public face of the video game voice actors’ strike. It’s that strike that prevents Ashly Burch from returning as Chloe due to union agreements. For Deck Nine, having Ashly Burch on board was always part of the plan.

“When we learned about [the strike], we were well into production on Before the Storm,” Garriss said, “and when we realized that it likely meant that Ashly Burch wouldn’t be reprising the role of Chloe, that was heartbreaking.” It was such an upset for Deck Nine that they seriously considered cancelling the game altogether, but ultimately decided to move forward without Burch.

A Square Enix representative declined to comment on whether the company was offered a promulgated contract, which would allow the company to hire a union voice actor like Burch according to the terms of strike, as part of negotiations with SAG-AFTRA. Instead, Chloe is voiced by Rhianna DeVries, a non-union actor who also did motion capture for the role. Burch will instead work behind the scenes as a story consultant, something Garriss says has been a boon for the studio and the game.

“[Burch is] a very accomplished writer,” Garriss said. “She’s done really awesome work in that sphere. So I send every script to her. She reads every line of dialog, we talk about… what we’re doing with the story, the characters. She has such a unique perspective on Chloe. It’s been very helpful in that regard.”

That unique perspective on Chloe is something that’s easily felt by players of the original Life is Strange, and a large part of the reason that fans of the series are concerned that Before the Storm lacks her voice. Burch’s acting was a big part of what made the character so special, with much of that coming from her own investment in the character.

“If another actor was cast in that role for the original game, it would have been a different experience—no better or worse necessarily, but certainly different,” Burch wrote in an email. “And part of that interpretation is the level of affection and love that I felt for Chloe as a character. I deeply connected with her, and I injected into my performance my own personal understanding of loss and grief, my own anger, my own insecurities. There’s a tremendous amount of me in Chloe. But of course, an interpretation and perspective that personal is made possible with compelling writing and storytelling underneath it.”

The importance of writing and acting is key to some of the fears that players have about the upcoming game. With a new writing staff, new voice actors for almost every character, and a new development studio, there’s little of the original game remaining in Before the Storm. 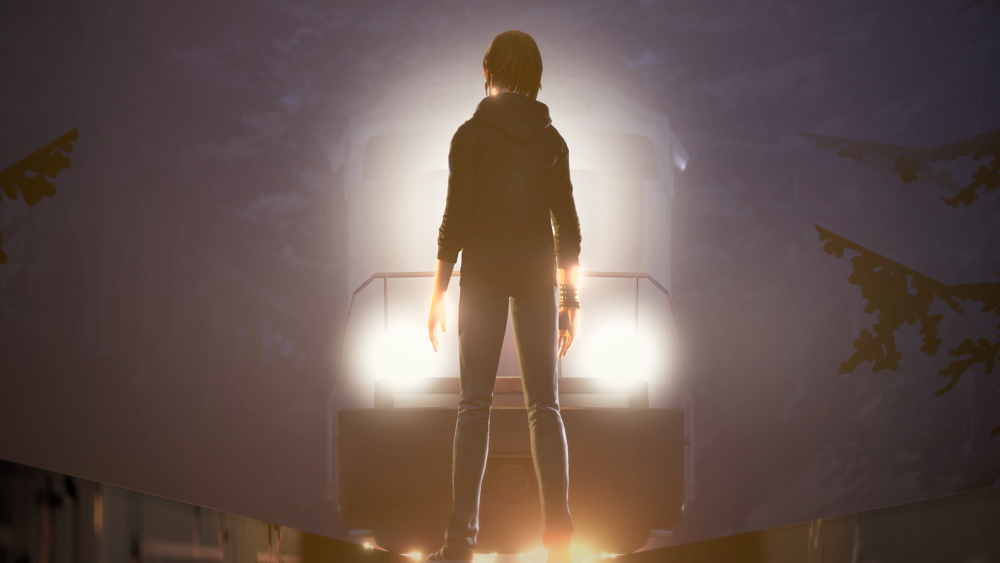 But Deck Nine doesn’t really see it that way. Narrative games have become the focus of the studio, and they developed an entirely new tool to tackle them, called StoryForge. The toolset allows writers to write dialog that is then sent to another cinematic tool, which can be used to match facial expressions, poses, and animations to dialog in a finely-tuned fashion. StoryForge is the bridge between writing and animation; as Garriss puts it, “It’s really designed to take the technical challenges in writing interactive fiction away, so that the writer themselves can focus on writing really compelling content…So what it’ll mean for players, we hope, is a more intuitive, personal connection to the performances from the characters to the camera work, the cinematography, the lighting, the filmic aspect of the experience, and really create that immersion that I think good visual media needs.”

When they brought StoryForge to Square Enix, they didn’t expect to be handed control of a franchise they themselves were big fans of, but it was a match that worked for both parties. StoryForge and the switch to narrative games are a big part of Deck Nine’s rebranding. The new name comes from Planetfall, a 1983 Infocom game that made an impact on Mark Lyons, chief technical officer at the studio. Shifting gears to narrative may not have been the plan from the beginning, but the name change signaled that interest.

This emphasis on connecting writing to animation is part of what made Deck Nine’s toolset, and by extension the company, an appealing choice to handle a Life is Strange prequel while Dontnod works on a sequel. Being asked to work in the Life is Strange universe came as a surprise to Deck Nine, too; after being thoroughly vetted through various production tests, including narrative and cinematic tests, they were shocked.

“It’s a dream come true to get to work on something like Before the Storm,” Garriss said. “And when dreams do come true, sometimes you first hear the news…and it sinks in, you realize, oh man, we have to make something good. We have to follow the first Life is Strange. How do you do that?”

Following in the footsteps of Dontnod isn’t just about living up to the expectations of a much-beloved game. It’s also about doing better. Though the game received lots of praise for its depiction of young queer characters, it also received a lot of blowback for its endings, which allow Max to save Chloe and destroy Arcadia Bay, or sacrifice Chloe to save the town. Given that Rachel Amber (who, along with Chloe, will be the main character of Before the Storm), is already dead by the first game’s events, that Chloe can die, and that the player doesn’t have to play Max as queer, Deck Nine has an opportunity to improve. They can’t change the ultimate fates for either character, but they can improve the representation throughout Before the Storm. 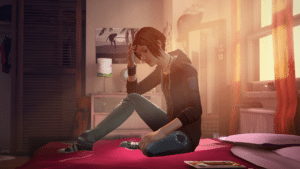 Garriss said this is a consideration for the writing team, which is comprised of people of many ages and genders. They can’t control the events that have already happened, but they can control the ways that events within Before the Storm play out, and they’re keeping these conversations in mind.

“Queer women being killed off for story purposes is a thing that happens frequently enough that’s it’s starting to feel like a pattern,” Garriss said. “Yeah, that’s something we want to look at, and we want to think about, and we want to ask when we’re crafting our story….I think we really want to be extremely careful and deliberate and thoughtful in the ways in which the stories we’re telling, which in many ways do chart out new paths of representation, challenging social issues, raising questions that games don’t historically raise. Let’s do it really carefully. Let’s do it really well.”

It’s a lot to live up to, but, more importantly, it’s a lot to exceed. Life is Strange was very much the little game that could—it started out as a title nobody wanted to publish because of its female lead and has become a phenomenon, celebrated for its commitment to character, its sometimes goofy writing, and its absolute earnestness in the story it wants to tell. Those are big shoes to fill, but Deck Nine believes they’re up to the task.

“Maybe it is quite scary,” Garriss said, “but I think the answer to how you do that is you care about and you love what you’re working on, and you do the best you can.”