Remakes, Remasters, and the Myth of Gamer Illegitimacy

I often say that I’ve been playing games since I was a toddler, but that’s a lie. I grew up poor; we didn’t have money for luxuries like video games and especially not consoles, so while I trained my thumbs on Super Mario Bros. and spent countless hours exploring Donkey Kong Country, after that everything gets a bit spotty.

If I were anybody else, I’d ask, “who cares?” You’re a gamer if you play games, full stop. It has nothing to do with how long you’ve played or what games you’ve played or whether you’ve gotten every heart container in Ocarina of Time. But I’m me, a woman who’s been writing about games professionally for over two years with an imposter complex so wide you could land the Great Fox on it, and I can’t keep from feeling like I know nothing about anything. 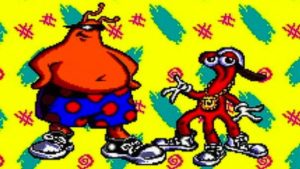 Of course, I spent those years of my life between the Super Nintendo and the PlayStation 2 I got for my seventeenth birthday playing games. I went to friends’ houses and spent hours on Toejam and Earl and Final Fantasy X, not to mention every wrestling game with a character creator I could get my hands on. I played and replayed Pokémon Yellow, Silver, and Crystal. And though games were too expensive, we could afford magazines. I burned through Nintendo Power and PSM, reading and re-reading the walkthroughs to games like Ocarina of Time and Silent Hill, two games I’ve never actually played through. The walkthrough to Silent Hill gave me nightmares, as I’m sure the game would have done if I’d ever played it.

But despite my interest, despite me making it work, despite the fact that writing about games is literally my job, I still feel like I don’t know enough. People my age make references to games I didn’t have access to as seminal classics, and I know I’ll never get around to playing them because I have to keep up on what’s happening now, too. I’m being buried under an avalanche of an ever-increasing catalog of games I must know to be part of every conversation.

Part of this unique struggle is that games, comparatively, are a new medium. The classics–those seminal games that influence everything that’s coming out right now–were made in recent memory. Their creators are likely still alive. So when I admit that I’ve never played Metal Gear Solid (any of them, not even the recent one, which came out when I was so busy with low-paying freelance work writing about games that I had no time to play them at all), people are shocked. You must play them to understand stealth, experimental storytelling, the possibilities for controller manipulation, Kojima’s genius, they say.

And sure, I accept that they’re probably pretty good. And I know an absurd amount about them, for never having played–it was part of my job to know about them, so I spent hours researching titles like Metal Gear Solid and Thief–but I’ve never played them and probably never will. Maybe that means I’ll never understand modern game design, but mostly it means that I’ve mastered dodging out of any conversation about Kojima before I have to confess that I hate stealth games and have no interest in trying them.

We all know that being a woman writing about games is like traveling through a minefield where people on the sidelines are actively cheering for you to step on one.

Of course, people will pressure you to see films like Citizen Kane or read A Tale of Two Cities, but quiz the average person and you’ll find that few people have. Why engage with old media when there’s so much to keep up with today? The difference is that the must-play games are within our own lifetime–most people my age grew up on these titles, while I struggled through The Lion King and Donkey Kong Country again and again because they were all I had. Crash Bandicoot and Final Fantasy VII are the games of our childhoods, not the games of some far-off golden age.

As I’m writing this, I wonder if confessing that I’ve never played the titles deemed most important is damning, despite the time I’ve spent writing about, studying, and playing games. We all know that being a woman writing about games is like traveling through a minefield where people on the sidelines are actively cheering for you to step on one. I’ve loved games since I was young enough to still be biting my NES controller out of frustration, I love them enough now to sacrifice the time that might be spent playing them to write about them instead, but I don’t know if that’s enough.

And my lack of access is just one part of the barriers. The Shadow of the Colossus remake announcement at E3 kicked off another never-ending discussion of whether nostalgia is ruining–or if not ruining, hindering–creativity in the gaming industry. Do we need another sequel, another remaster, another remake? Why not just go back and play the original, which is excellent in part because of its janky camera, ghostly environments, and clunky controls?

The answer is simple: because some of us didn’t play it back then. And when you look at reviews of The Last Guardian, the most recent game from Fumito Ueda, which languished in development hell for so long that nobody expected it to come out, it’s clear that the flaws that are so endearing when seen through nostalgia goggles just don’t hold up to modern standards. If you’ve already battled your way through the clunky controls and malevolent camera, you already know the excitement you’re in for. If you haven’t, the experience is less than positive.

I’ve loved games since I was young enough to still be biting my NES controller out of frustration, I love them enough now to sacrifice the time that might be spent playing them to write about them instead, but I don’t know if that’s enough.

Shadow of the Colossus is another one of those brilliant games I’ve never beaten. I started it, got through three or four of the colossi, and gave up because I didn’t feel like I was fighting the enemies but rather the frustrating controls. A remake is exactly what I need–a smoother entry into a game that is undeniably important, aesthetically gorgeous, and yet barred by being a product of its time.

Reliance on nostalgia hinders growth, certainly. But this is an industry fixated on regurgitating the same things that we loved as kids, with an emphasis on understanding what makes today’s games great by playing the predecessors, all of which came out in recent memory. If we’re going to insist that you need to play the classics–even the more recent classics, like Shadow of the Colossus—why not make them more accessible to those who aren’t playing through nostalgia goggles? And if you’re really concerned about the remake, those clunky controls will still be there; this will just give players the opportunity to experience the game without frustration.

And therein lies the problem. These classics inaccessible to people who are just getting started, or people like me who grew up with four buttons and a D-pad and no more. Though I’ve adapted to twin-stick and mouse and keyboard, games with tricky controls, clunky stories, and outdated technology aren’t accessible to new players. I missed the era where so many people learned to manipulate the clunkier mechanics of early PlayStation 1 and 2 games, and it seems like a ridiculous skill to try to pick up now. 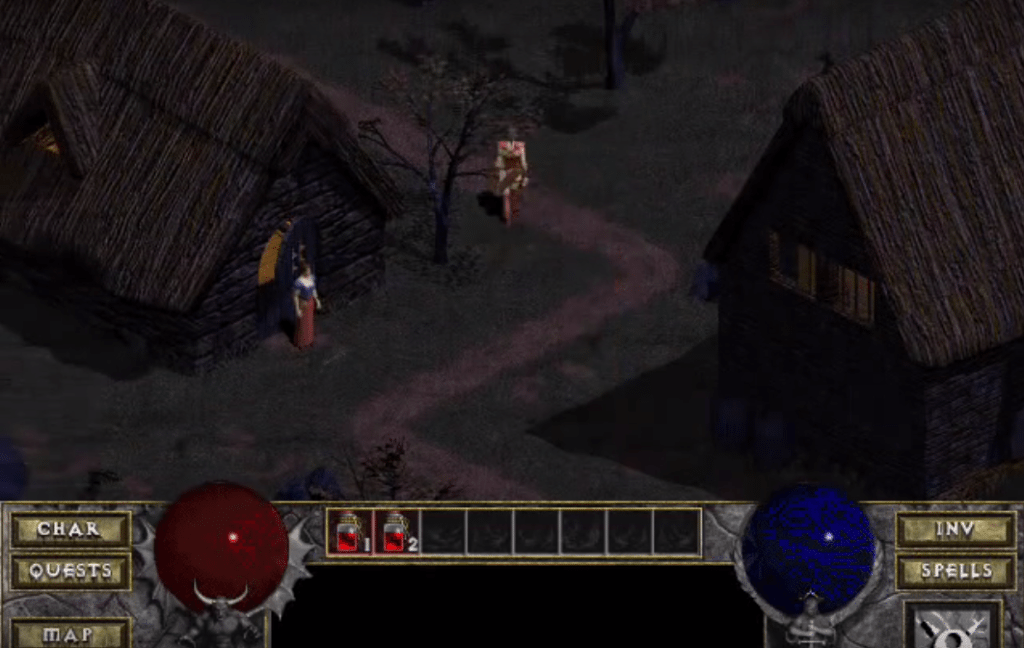 But remasters aren’t always accessible, either. As Betsy Brey points out in this piece on Diablo III‘s reimagining of Tristram, there is something missing from something made to appeal to nostalgia. We may enjoy it, as newcomers, but our expectations color the experience. Can we ever understand the magic of beating the devil the first time, or are we doomed to know he’s coming? When I finally play Shadow of the Colossus, will I compare it to Breath of the Wild? Is it possible to work backward without nostalgia, or am I doomed to always carry the unpopular opinion that today’s games are more satisfying, easier to pick up, more accessible? But even that’s not always the case.

I think a lot about how a friend tried Gone Home as one of her first 3D video games. It’s a simple game–you explore and interact with objects to discover the story. But there’s no explanation of how to do that, so when she had to rotate an object, she couldn’t figure out how. We like to tout games like that as great examples of what games can do, excellent entry points for people who don’t play games regularly, but even something with a simple premise is tricky if you don’t already speak the language.

I, and I’m sure many others, feel like my interest in games somehow lesser because I literally did not have the money to pursue an expensive hobby. Is my knowledge of contemporary games hindered because I will likely never find the time or interest to finally play Earthbound? Do these hours spent watching GDC talks and reading pieces about level design in an attempt to convince myself that it’s okay for me to write about games matter even a little?

I’m surely not the first person to struggle with this. I surely won’t be the last. Legitimacy is a strange thing; while others can confirm that what we do has value or that our opinions are sound, it doesn’t really matter unless we can tell ourselves that, too.

And if you, like me, spent your childhood poring through magazines and pressing the buttons on arcade cabinets as they flashed for you to insert tokens, pretending you were playing, your opinions count too.

Remakes and remasters might be a thorn in the side of those who’ve been gaming all through their lives, but perhaps they’re not for you. I look forward to finally playing Shadow of the Colossus, a game I watched a friend’s older brother play on an old projection TV in a basement, even if I find it lacking. I was too afraid to ask for the controller to try it out in case I was bad. Now I don’t have to.