Tamora Pierce, the author who created Tortall, has been critical to my growth as a writer and a person. (I should have known I was non-binary when I tried to bind my chest like Alanna, but also still wanted to be a girl!) Loving Tortall as much as I do means that I’m always on the hunt for things that remind me of it. As a gamer, any game that can even hint at Tortall is a win for me.

As you’d expect, there aren’t that many games that fit the bill, but here are five games to check out if you dig Tortall!

Lords of Magic – Available on Steam

The factions have opposites that are their mortal nemeses besides Death. Literal opposites!

Lords of Magic is a game from the ’90s that I loved as a kid. It’s a sort-of strategy RPG set on a world called Urak, where you’re trying to fight the Forces Of Death led by a dark lord who rides a wyvern or dragon or something. You can follow different factions with a lead character who is either a mage, rogue, or warrior. If you follow the Order faction, you’ll find yourself in an Arthurian-style empire. There’s diplomacy, fighting, and good versus evil—standard fare in a Tamora Pierce story. It’s easy to picture yourself as Alanna coming to kick Roger’s butt again. And again. 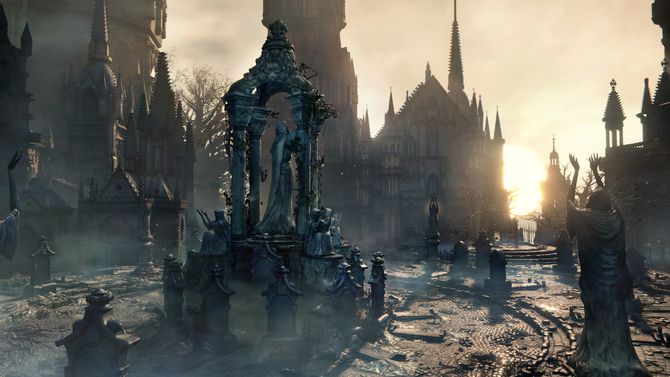 The universe doesn’t look a thing like Tortall, unless you want to think of what would happen to Tortall if the Plague O’ Roger was successful.

I have complex feelings on Bloodborne as a game, mostly because I haven’t played Dark Souls and don’t have a point of comparison. Anyway, you, a Hunter, are seeking something called Paleblood, and as a result, kill things to collect souls—I mean, Blood Echoes—upon their deaths. It’s set in a Victorian-like world that has been ravaged by a plague, where the magic subsists on blood. As you go through the game, you piece together the monstrous disaster that is the world around you.

Okay, so Bloodborne isn’t like Tortall at all, but hear me out. The Beka Cooper and Aly books were more along the darker side of the Tortall adventures. Slinking around the dark alleys and streets of a world where you don’t have your memories and are moving towards a nebulous objective? Where you’re being hunted and are hunting? From fighting really weird monsters to just everyday folk, Bloodborne has a strong “back alleys of Corus” feel to it. While my character is named after my cat, I felt like Beka in those streets, cracking heads, covered in blood.

The Legend of Zelda: Twilight Princess – Available on Gamecube, and Wii, WiiU 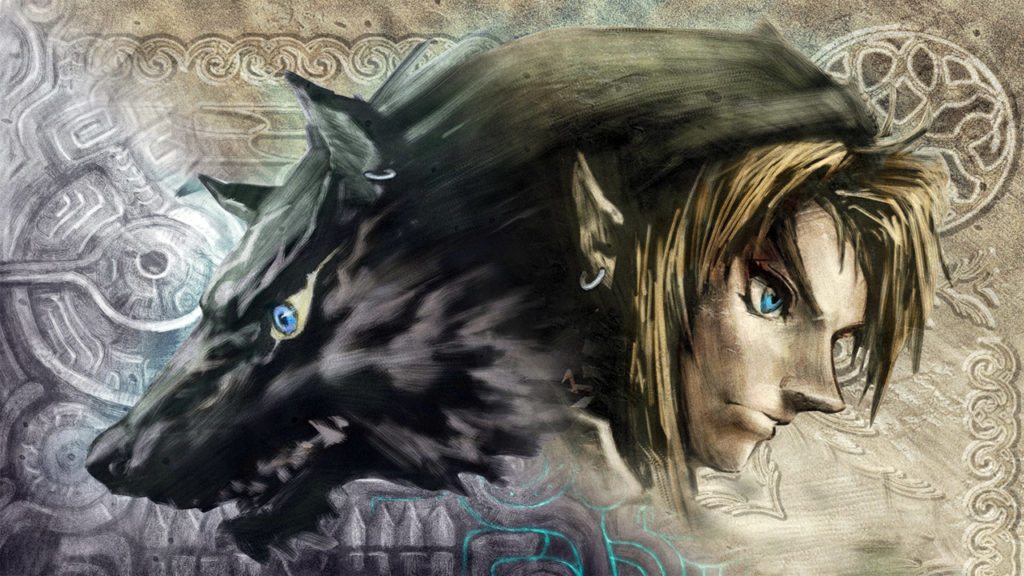 Turning into a wolf is one of my favorite parts of this game, which is basically half of Daine’s life.

I surprised myself in putting a Zelda game on here, but Twilight Princess reminds me of the Immortal series. As usual, you’re the Boy In Green who is trying to save Hyrule before it meets with a terrible fate, because Ganondorf. This time, the terrible fate is being swallowed by a parallel dimension called the Twilight Realm, where Link turns into a wolf.

A parallel dimension that threatens the world? I don’t know, this could just maybe be the realm of the immortals. Midna could be any number of snarky but helpful gods. Also, Link eventually can transform into a wolf at will, which screams Daine to me. (Minus the rest of the wild magic stuff, of course.) 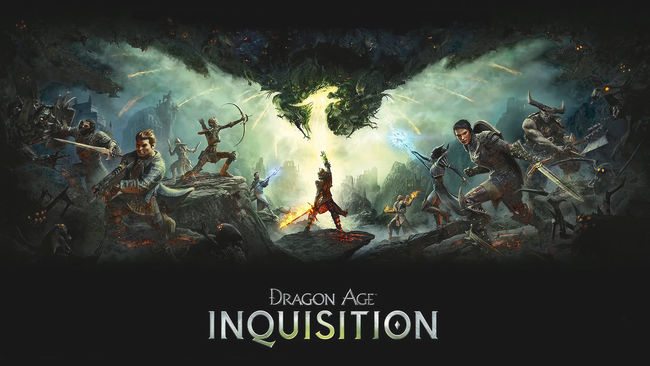 WWAC editor Melissa says, “I love both, but I love the adventure of Pierce’s books and more the character interactions of DA.”

I haven’t played Dragon Age myself (though we have plenty of people who have at WWAC!), but I have friends who have. I asked them if it was at all similar to Tortall. The answer? “Nope.” But it’s on this list for a reason!

There aren’t a ton of high fantasy games out there, and I’d argue that the Tortall books—with their multiple gods, mythical/magical creatures, medieval-era feel, and, you know, magic—are solid high fantasies. That alone puts DA on the radar, one that has long been on my “don’t worry about following the series, just get one of them already” list.

DA also centers around characters and their relationships, as well as forming a merry band that goes around doing things. Strong relationships is a highlight of the Tortall series, and seeing how those relationships evolve and build brings me a lot of joy. Any game that focuses on this is worth checking out. Also, WWAC writer Clara says, “You feel very cool as a badass lady protagonist who everyone respects.” WINNING. 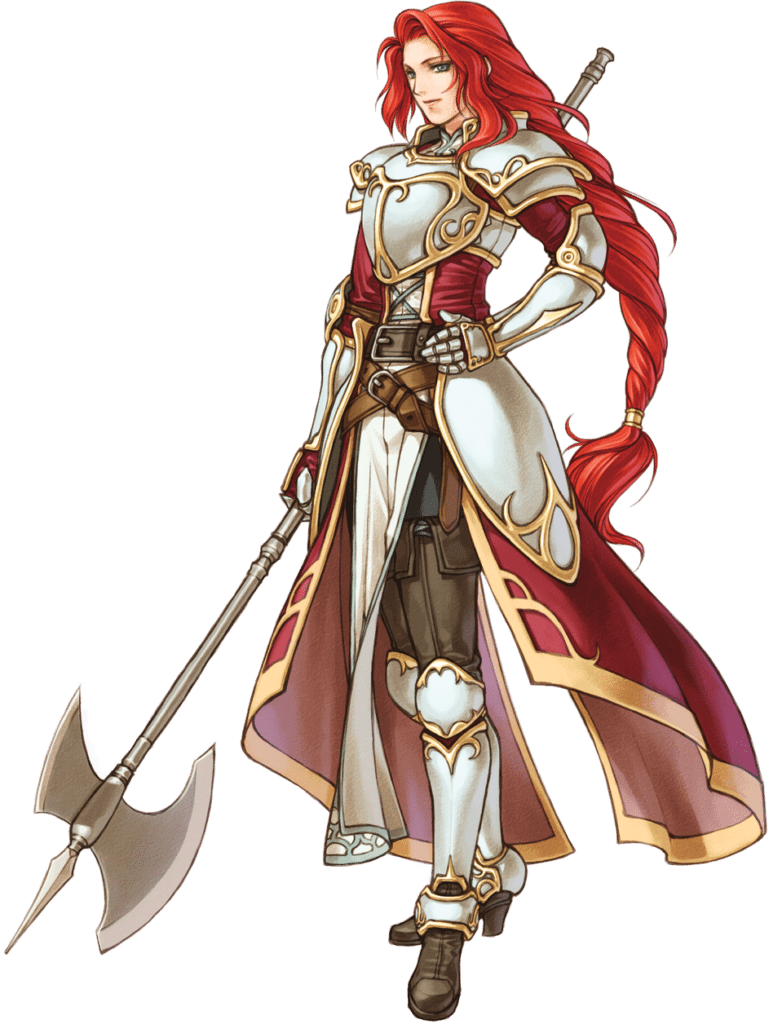 Seriously, except for the green eyes and length of her hair, SHE COULD BE ALANNA.

I’ve saved the best for last. I could write a book on the comparisons between these two. Path of Radiance is the first Fire Emblem game I’ve played, but if the other titles in the series are anything like it, then let me say it plain: If you love Tortall, get the Fire Emblem games yesterday. (Well, maybe think about this take on Fates beforehand.) There is a character that even literally looks like Alanna but with long hair (and she is just as much of a badass, even though she doesn’t use swords). PoR even has a direct sequel, so if you love it as much as I do, you can follow it up with Radiant Dawn.

Path of Radiance follows Ike, an iconic Fire Emblem character, as he helps restore his country’s heir to the throne after a neighboring country invades and destroys everything. Tusaine, anyone? Ike and his band of merry mercenaries travel the world with laguz, beings that can move from humanoid to animal, learning to counter their taught prejudices against these “sub-humans.” Along the way, the characters grow from their interactions with each other and move towards building a world where beorc (humans) and laguz can live together.

Everything about this screams Tamora Pierce. Learning to fight your prejudices? A medieval setting that has knights everywhere? A literal evil king who will stop at nothing to get what he wants? A mysterious, magical medallion that glows? Yes, yes, yes. She could have written this.

If you love Tamora Pierce and have game recommendations, tell me immediately! I absolutely adore her and cannot wait until her Numair trilogy’s first book is released next year.