Get Your Game On Wednesday: Indie Games Are More Relevant Than Ever

It’s time for the Steam Summer Sale! I wish you all good luck and many cheap games on your journeys, and hope that you haven’t already emptied your life savings by purchasing one-dollar games just because you can. Personally, I haven’t bought a dang thing because I’m a cheapskate with a backlog spanning several years. That might be responsibility, but it feels boring. Anyway, let’s get to the news!

Sony Drops the Ball on Indie Games at E3 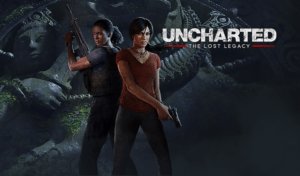 E3 is the time for AAA and some choice indie games to shine. But one thing was clear from Sony’s press conference—their previous emphasis on indie games was missing. Jim Ryan, head of Sony’s marketing, even went so far as to say that indies are “less relevant now.”

That sounds like a load of BS to me, but perhaps Sony’s 2016 games have something to do with it. As a commenter on the Gamasutra post suggested, No Man’s Sky earned the ire of gamers for its lack of promised features, and Sony has done particularly well with big titles like Uncharted 4 and Horizon Zero Dawn. Indies certainly aren’t less relevant, but if we allow ourselves to get a little cynical for a second, perhaps Sony sees them as less relevant for their profit margin.

Thankfully, Sony isn’t the only place that indie devs can turn to for support. Designer and organizer Andy McMillan has created several fellowship awards as part of The Liberty Foundation, which aims to help indie artists of all kinds fund their projects.

And if we needed any more indication that indie games are relevant, PlayerUnknown’s Battlegrounds had sold 4 million copies in three months. To compare, the aforementioned Uncharted 4 sold 8.7 million units from May to December 2016. Half the sales in less time is nothing to sneeze at for an indie dev versus the big guys at Sony.

Markiplier has been named as the top games influencer by Forbes, knocking PewDiePie out of the number one spot. Perhaps controversy has caught up with the Swedish YouTube star, or perhaps people are just loving Markiplier’s charm a little more — whatever the case, he takes home the top spot for reach, resonance, and virality in video games.

Did you know that Dungeons and Dragons players were once investigated by the FBI? It’s all because of the Unabomber, a newly-released series of documents released under a Freedom of Information Act request revealed this week.

If you’ve ever wanted to know everything there is to know about the history of Crash Bandicoot and Naughty Dog, Blake Hester over at Polygon has you covered.

It’s summer up here in the Northern Hemisphere, and Thursday marked my triumphant return to Pokemon GO!, just in time for some awesome new updates including raids, co-op multiplayer, and gym changes.

Angela Merkel, Chancellor of Germany, will attend the opening of this year’s Gamescom convention. Nobody’s really sure if that means she’ll be making a speech or just be present, but a country’s leader attending a game convention, particularly one so supported by the younger demographic, is certainly a statement.

If you heard a collective sigh of relief sometime in the past week, it probably had something to do with Blizzard announcing that they’re going to change the drop rates on loot systems in Overwatch and Hearthstone to make for fewer duplicates.

In other “about-damn-time” Overwatch news, Blizzard is implementing a new highlight system that’ll allow you to record, save, and export your highlight videos rather than having them vanish into the ether when you close the game.

That’s it for this week! Have fun during the Steam sale and try not to break your wallet.