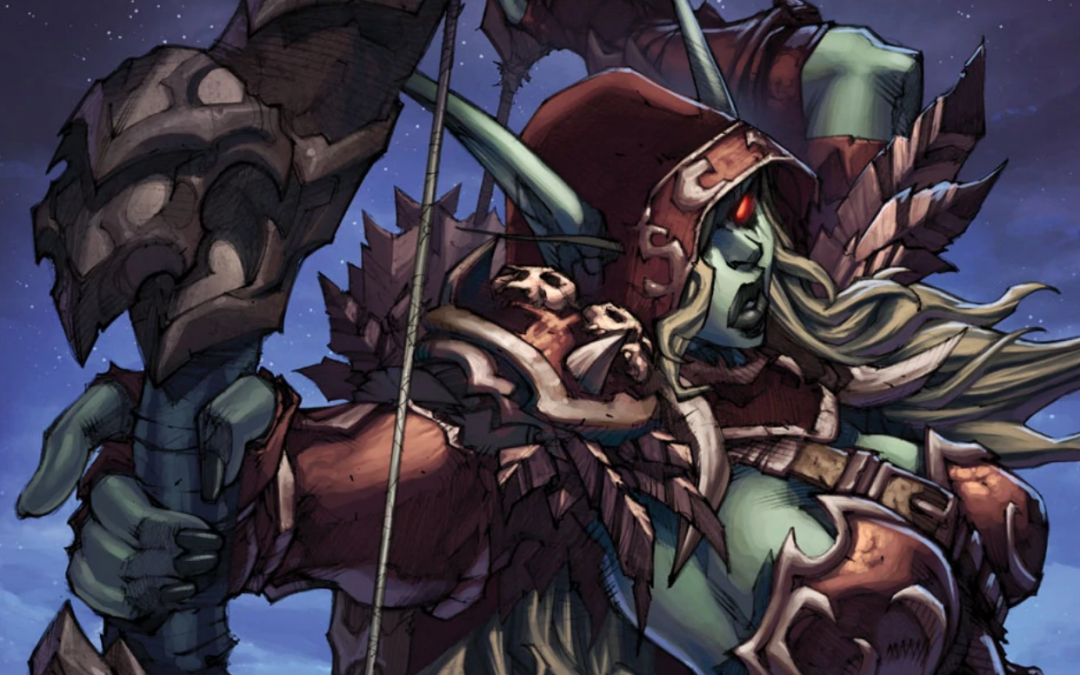 We’ve fallen out of touch. It’s me, not you—I used to have free time, or at least I used to not care about the things I was ignoring to play World of Warcraft. Now that I have jobs and side projects I enjoy, I just don’t have time to grind and grind and search for other weirdos who like the lore enough to do ancient dungeons that are more frustrating than fun. 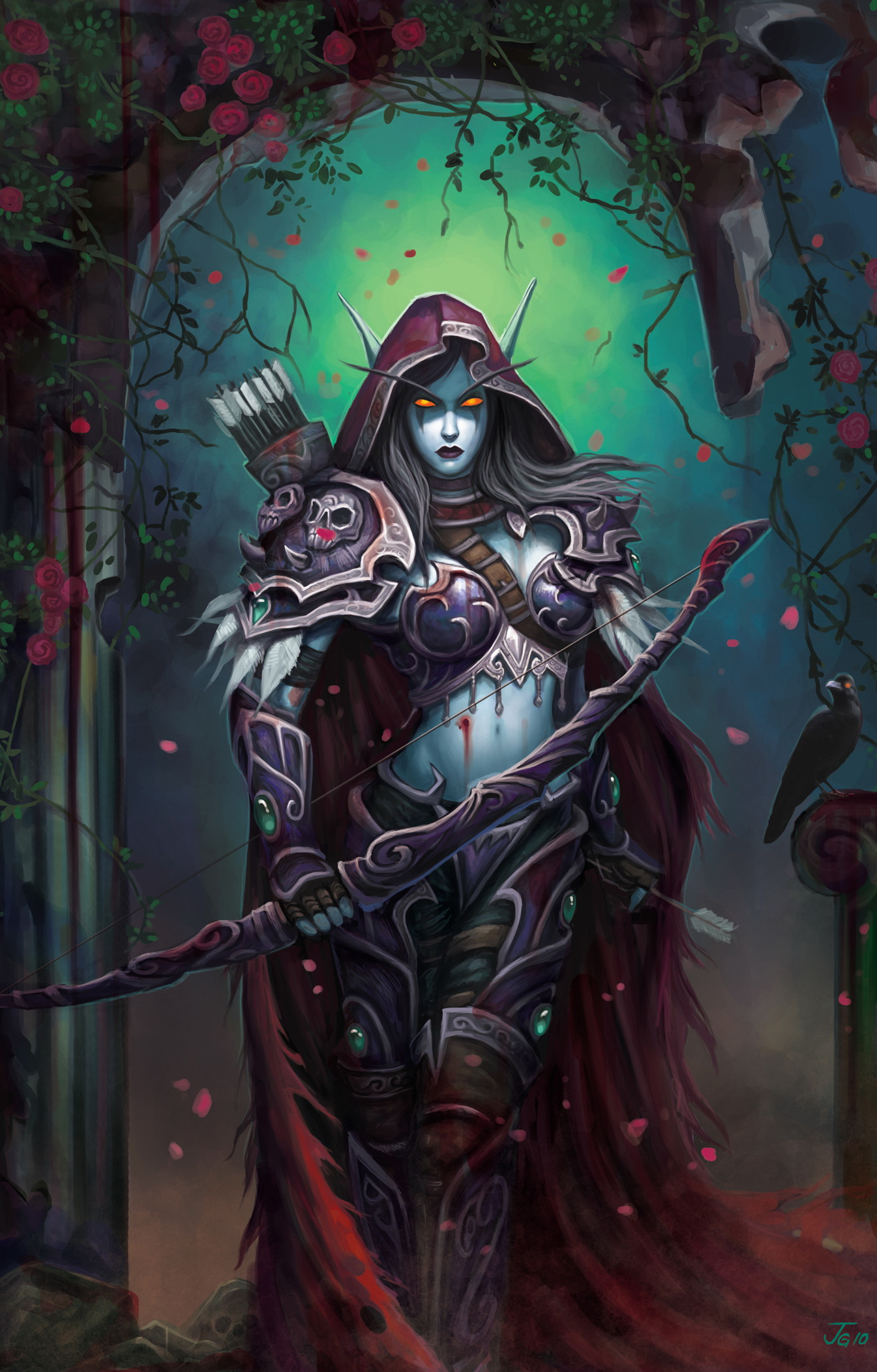 Banshee Queen of my heart.

But listen, Sylvanas—I never stopped caring about you.

Are you doing well? It seems like you’re doing well. You’re Warchief now, which is—wow, that’s great. That’s really great. Last time we talked you were brewing up a plague and very much being painted as a victim of toxic righteous fury, so I’m happy to see that you’re moving forward and leading the Horde.

I was sure—am sure—you had your reasons for the plague thing. You were probably feeling pretty burned by the whole ‘random band of heroes steals your Lich King kill’ situation, which, I get it. You deserved that. I never beat the Lich King, myself, as a Forsaken rogue on the third-worst server in the game where the Alliance outnumbered us three to one. But I always thought it should have been you. You were the one who suffered most, and listen, every time you led us out of the Halls of Reflection, it was an honor.

It’s easy to think of you as a hardened warrior. You survived Arthas’ corrupting of your soul, the battle for the Undercity, your sister’s sabotaging of your plan to kill Garrosh. Normally when Horde folks see you it’s because they’ve got a quest to turn in or because you’re part of an epic battle scene.

But Blood Elves get to see a different side of you when they return your sister’s necklace. I stuck around afterward, listening to you sing the Lament of the Highborn, remembering the life that was stolen from you. But more importantly, I saw you bend down and pick that necklace up. Despite everything you’ve been through, despite death, betrayal, defeat, and the power you cling to so dearly, you will not let that sentimentality go.

There’re rumors that you’re grappling with that right now. You’re Warchief, which makes you a target, especially in light of how unstable things are. First Thrall, then Garrosh, then Vol’jin, now you. Some people think this is all going to end in you revealing that your soul truly is corrupt, that you care more for your own life than that of your people, the people you’ve fought so hard to save.

Listen, Sylvanas. I know I haven’t opened the game in some seven years. I know I ought to have moved on by now. I ought to be thinking about Prince Sidon or Vetra or Mae or some other character who captivates me in the games that I’m actually playing now. But it’s your WoWWiki page I return to, like checking the Facebook of an ex. It’s cosplay of you that makes me full-on fangirl squeal when I run into it at conventions. It’s you I think of every time I hear “Dancing Queen,” because of that time I replaced the lyrics with “Banshee Queen.”

Seven years might have passed, but I know it’s bullshit, because you took the job in the first place. Some might think you did it for power, and sure, that’s probably part of it. But your Val’kyr are vanishing. You’re a bigger target than ever. You’re tempting fate (and the weapons of every Alliance player still gunning for their “For the Alliance!” achievement), knowing full well that death is a sentence to eternal torment after a lifetime of betrayal.

In ten years, that cutscene of you picking up the locket hasn’t changed. You stand as Warchief despite the fact that an entire faction (and even some of those who are on your side) want your blood. Despite all this, every time you throw that locket to the ground as if your past means nothing, you sigh and pick it back up again.

Because it matters. No matter how much changes, no matter how many dragons destroy the world or who sits on the Frozen Throne, you pick that locket back up because it matters to you. You took the role of Warchief despite knowing you were painting an even bigger target on your back because you are willing to put the needs of your people first.

I might have moved on from the game, Sylvanas, but there’s a reason I keep checking up on you. There’s a reason that, when I saw you on that ship in the Legion trailer, my fingers got itchy to play again. I didn’t, because, like I said, too many commitments and too much bullshit to wade through to get to the good stuff, but man, I cared. I checked up on the Wiki to see what you were up to because you looked so amazing on that ship in the trailer that I had to know what was going on.

And I’ll keep checking because I know that behind all that armor, the cool gaze, the badass weapons, the newfound power as Warchief, you’re still picking up that amulet every single time.