Then a dog-reptile hybrid gets run over by the train, and the track by The Heavy picks up.

Pandora, the backdrop of the Borderlands franchise, is full of mischief and chaos. Bandits terrorize the land: psychos, who wear masks over their faces; lab rats who shoot lasers from their eyes; goliaths that rage against whatever is nearest when you shoot their heads off. Creatures like the dog-reptile skags, giant bat-like rakks, and spider-Alien (from Alien) hybrids called spiderants roam freely in the different terrains.

Borderlands, Borderlands 2, and Borderlands: The Pre-Sequel are first-person shooters (for the Playstation, Xbox, and PC gaming families) where you are a Vault Hunter. More than just a treasure hoard, Vaults are mysterious alien strongholds that contain a Big Bad and usually spur the plot for the next game. I stumbled upon the franchise quite by accident with Borderlands 2, and quickly fell in love with not just the gameplay, detailed graphics, and individual character class traits, but the writing and plot. Unlike the first Borderlands (which I played afterwards), Borderlands 2 is full of witty banter, great voice acting, funny characters, and compelling backstories.

Things went a little backwards with The Pre-Sequel, reintroducing some NPCs as playables, but mostly because the writing—done by 2K Australia instead of 2K, despite 2K lending support—just wasn’t as clever as in Borderlands 2. Fortunately for all of us, Telltale Games wrote Tales from the Borderlands with the Borderlands 2 writers for a smashing success that rings true to the world. 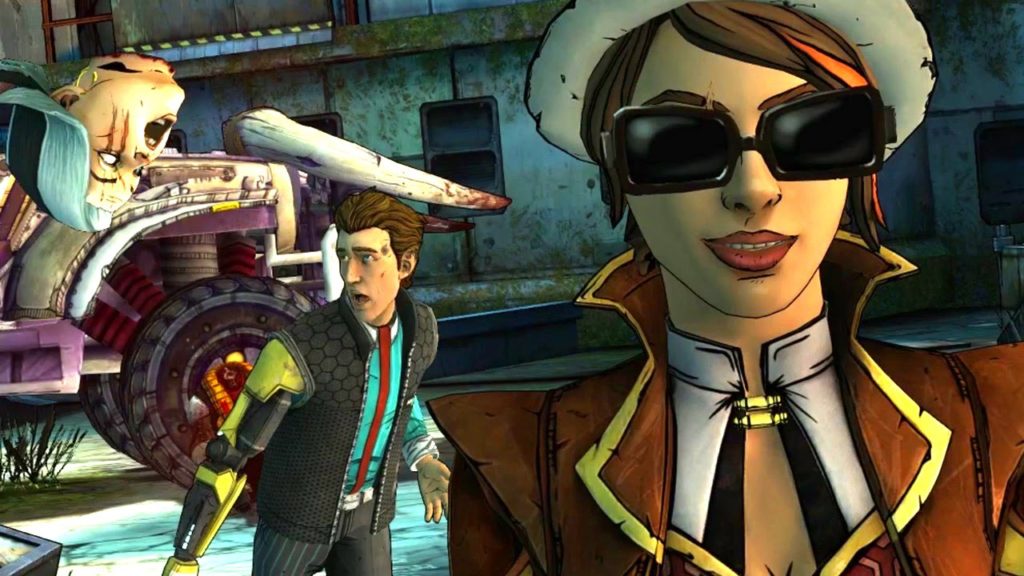 Seriously, give Tales a try. it’s basically what a BL movie could be.

All of this together is why I’m falling on my knees to beg 2K to release the rights to create a Borderlands movie.

World of Warcraft and Assassin’s Creed are surely only the beginning of the video game-turned-movie trend. While Marvel and DC battle out the superhero landscape, why should there be quality video game-based movies, too?

Look, I am a stickler for original sources. I’m the asshole shouting, “HARRY’S EYES WERE GREEN!” in the back of the theatre. Some people think that new mediums mean new interpretations, and I am not one of those people. That’s fine!

Here are some reasons why I think Borderlands would be amazing on the screen:

I could go on about this, but I’ll just say two things: Zero speaks in haikus, and one of my favorite line from Jack is, “I’m rackin’ my brain trying to think of a name for that diamond pony I bought. I was going to name it ‘piss-for-brains’ in honor of you, but that just feels immature. Maybe ‘Butt Stallion’? Nah, that’s even worse.” 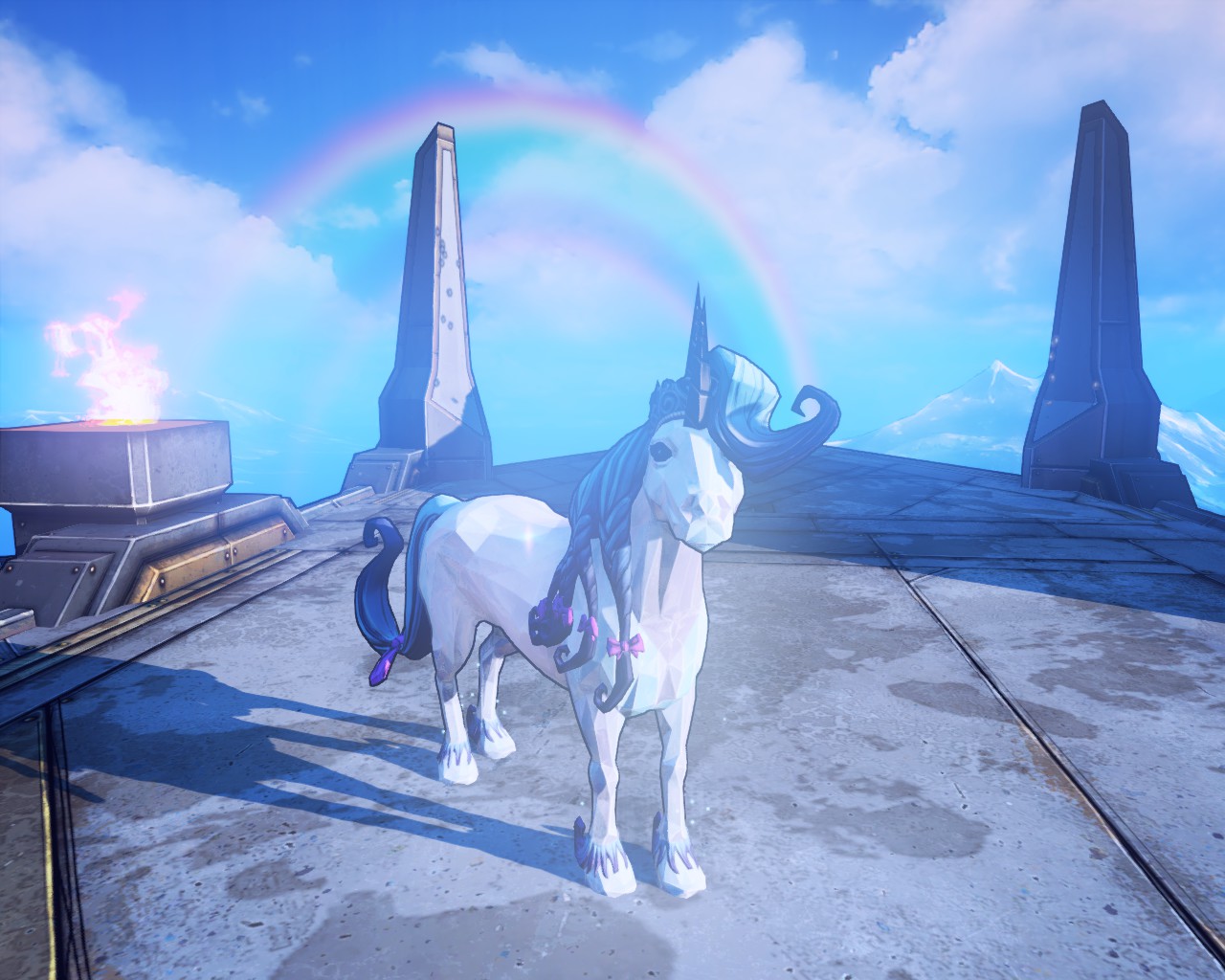 Yes, her name is Butt Stallion.

BL2 is filled with tons—and I mean TONS—of pop culture references. You open up a box in Ellie’s workshop to see a severed head and hear Jack say, “Oh, what’s in the box!” (You also pick up a gun that’s called Gwen’s Head.) Zero makes a Yu-Gi-Oh! reference (“You just set off my trap card.”) when you activate his action skill. There’s an achievement called “The Portrait of the Berserker as a Young Man.” There is literally a whole wiki page dedicated to the references in the game.

Even within the same game, you see incredible changes in the NPCs, the ones driving the external plot around the player. Lilith and Roland’s dance-around relationship strings you along. Jack becomes more psychopathic. Hell, even Scooter changes (especially if you take into account Tales).

Here are some ways a Borderlands movie could knock all socks off:

Anthony Burch is a sheer genius. The lines, the plot, everything comes together to make the world feel unmistakable. He absolutely has the writing chops to create a screenplay.

Can you imagine Handsome Jack narrated by anyone other than Dameon Clarke? No? Me neither.

3. Start with Borderlands 2 instead of 1

This is my bias, but Borderlands 1 didn’t have as compelling of a story. What we learned in Borderlands 2 was good enough, I think.  Furthermore, the world in BL2 feels more developed, as though BL1 was a test run. A fun test run, but one nonetheless.

4. Don’t be afraid to veer from the original plot

Woah, woah. I JUST said that I’m a stickler for accuracy. But hear me out: most of the Borderlands gameplay is you wandering around Pandora, doing side-quests for people. You could just do the story quest, but the world is fleshed out more in the side-quests. We learn a lot about other characters, including their backstories, their relationships to each other, and their motivations.

So imagine if this story incorporated the overall story arch with some of the side-plots. Imagine if the details of Handsome Jack’s rise and fall were tweaked—maybe the train explosion in Tundra Express happened with Roland and Co. off-screen (well, maybe not—Tina is one of the best characters). This is one instance where I think, with the original writers, the plot could be changed for the screen.

I haven’t even talked about the DLC—could you imagine Nakamura or That One Super Creepy Dude From Oasis as characters? Hilarious! (And maybe creepy.) 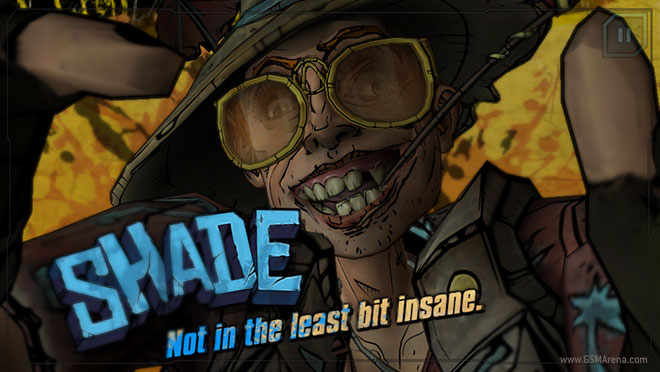 WHAT ISN’T CREEPY ABOUT SHADE!?

5. Tap into Tales from the Borderlands territory

If you played the games, you will recognize the wit and character development that was so wonderful in BL2 in Tales. The main characters were incredible, thought-out, and funny. I would have zero problem incorporating them into a Borderlands movie. Or, you know, a sequel?

Seriously, even Maya gets a Siren makeover. Axton bores me. (My go-to character is Salvador, if that tells you anything.)

I considered briefly the possibility of a Borderlands TV show, but I think that could become too episodic and lose some of the charm of the world. A movie, using the same writers and voice actors, could be incredible, a smashing hit among fans (with inside jokes that you’d get if you knew the franchise) and non-fans alike. If it’s done well. If it uses the same writers, if nothing else.

And a BL2 live-action? I’ll consider it, as long as the characters aren’t white-washed (even on Pandora, there are people of color!) and kept true to their portrayals.

And if Axton is chopped from the movie, well. I don’t think anyone will miss him.