Get Your Game On Wednesday: Gaming Scholarships and Gamers Give Back

Welcome to another Wednesday full of gaming news! I’m emerging from Hyrule, battle-scarred and cursing at Guardians, with all the important stuff I (and maybe you) missed while cooking every random object I could find, by which I mean I got Breath of the Wild and can’t stop playing it.

Nintendo Giveth, and Nintendo Taketh Away 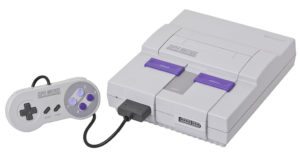 Nintendo announced the discontinuation of their NES Classic Mini last week, much to the chagrin of everybody who missed out on their production. To ease our troubled souls, they’ve announced that another hot new product is on the way–the SNES Classic Mini, an adorable little Super Nintendo to bring all your favorite SNES classics to the modern era. The SNES was very much my console growing up, and while I’m not sure how well Donkey Kong Country 3 and the like hold up after all these years, I have to admit that I’m a little curious about whether I can finally 100 percent it, like I always dreamed of as a kid.

Overwatch is excellent, but its lore is more than a little confusing. Thankfully, Alex Kane over at Glixel has summed it up pretty neatly for those of us who just aren’t into digging through wikis and comics and videos and voice lines. There are still a lot of mysteries in the world of Overwatch, but this piece sheds a little light on some of the biggest plot points.

Competitive mode is a bit of a mixed bag–from going on tilt to continually being saddled with teams who’ve never heard of teamwork, it can be rough to climb the ranks. Blizzard recently announced some changes to the competitive system, specifically to win conditions. In control point maps, you now have to have achieved at least 33 percent capture to secure a win, so there will be no more instances of losses from stepping off the point for just a second. That means more ties, but less frustrating losses, which if you really think about is just a win all around.

Stephens College has become the first all-women school to offer scholarships for esports. More specifically, the college is looking for an Overwatch team of 12 total players. Is this a good time to go back to school for my MFA?

In less positive esports news, a player has been dropped from Toronto Esports after going on a racist rant at another player in a ranked match. Good on the team for dropping him–the player’s behavior reflects poorly on the team, on the sport, and on the community. Showing that they won’t tolerate hate speech is one step toward a better gaming community.

For lighter fare, this just in–Genji’s a goofball. 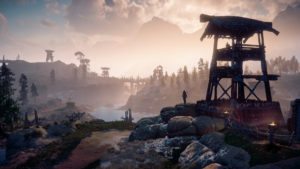 There’s been a kerfluffle in the gaming industry after a post from Jason Schrier at Kotaku demonstrated how exactly Horizon Zero Dawn manages to look so pretty. Game development is not something a lot of players understand, so it was a neat little view into how the game works for players–unfortunately, some developers didn’t see it that way, instead choosing to mock people who were impressed. Not cool, especially when it’s something that helps people understand and appreciate all the hard work that goes into development.

Gaming communities can have a deservedly bad rap, but the Counter-Strike: Global Offensive community rallied around Adam “Loop” Bahriz, a player whose speech is impacted by HSAN, a degenerative condition that means he’s had to have teeth removed. After he was kicked from a match for not talking in response to a rude player, a follower of his stream encouraged people to view and donate. Since then, fans of the game and Bahriz have raised enough money to help him get eye surgery, the extra attention has earned him a partnership with Twitch, and he’ll likely be able to visit family in Algeria this summer.

And finally, in other gaming scholarship news, the International Game Developers Association and Microsoft have partnered to create a $5,000 scholarship for gamers with disabilities. The deadline is coming up fast, so be sure to apply by June 1st if you’re interested!

That’s all for this week! Have an excellent Wednesday!