Get Your Game On: Women in Games’ New Program is No Joke

I am firmly entrenched in Mass Effect Andromeda, and am thoroughly enjoying it. Stay tuned! Soon you will be able to join me on my galactic adventure in my latest gaming diary!

Still, there are some technical difficulties and writing in the game that make me cast many side eyes. Most recently, a report by gaming historian Liam Robertson reveals that BioWare apparently had all facial and character animations outsourced to other Electronic Arts studios, and ignored offers from in-house developers to touch up the human animations. Somehow, the push for more realistic looking characters backfired, supposedly due to deadlines — and sensitivity towards diversity and the representation of female characters. Uuuuuh…. whut? I’m not sure how diversity and respectful depictions of human female characters translates as “make sure all the humans look like robots.”

BioWare is listening. In yesterday’s first patch announcement, BioWare General Manager Aaryn Flynn stated that several of the concerns that have been expressed are receiving fixes. How much patch 1.05 will fix is left to be seen, and more importantly, how much BioWare and Electronic Arts takes away from these concerns — only time will tell. From a layman’s point of view, many of the problems pointed out in their recent games, while not game breaking, were clearly visible at and presumably well before launch. This isn’t the first time BioWare has pushed out an unpolished game in order to meet shareholder deadlines. Meanwhile, some of the writing and character choices, such as Hainly Adams, could have done with better consultation to back up BioWare’s desire for greater representation. BioWare fans are still proving that we’re willing to throw our money at the opportunity to make out with aliens and elves. It would be nice if Electronic Arts focused more on making sure they earn our money with a more polished product at launch instead of cutting corners to meet deadlines.

But, like I said, I am still enjoying the game in spite of these issues, along with many other BioWare fans. And even as we are happily romancing away in the developer’s latest game, thoughts of their other major series are still on our mind. Call us greedy, but we still want to know what is up with our Inquisitor and have high hopes for the return of our Wardens in Dragon Age 4. Alas, Creative Director Mike Laidlaw says that isn’t happening. Until it is. That’s more than enough carrot for us rabid fans to cling to, although it seems that their attention has turned to their mysterious new IP, set to launch in March 2018. Hopefully, this secret new project will not share the same fate as the canceled Shadow Realms.

Women in Games Launches its Ambassador Program to Encourage, Support, and Empower Women in the Industry

Sponsored by Google’s Women Techmakers, 43 individual Ambassadors from across the UK and Europe will reach out to young women in their local areas and form partnerships with local and regional industry and educational leaders and government  in order to help grow the organization’s membership, increase the reach and scale of its programs, and help it achieve the strategic goal of doubling the number of women in games over 10 years.

Love it or hate it, April Fool’s Day is here to stay, and companies are getting more and more elaborate with their trickery. I have to thank Mass Effect Andromeda for taking up so much of my attention that I did not spend much time on the internet, and therefore, only fell for one such gag. Here’s a round-up of the gaming industry’s giggles. How many caught you?

“The world owes a little bit of a debt to the Canadian government for what the Canada Media Fund has done in helping jump-start a lot of really amazing games. The government support for video games in Canada has been tremendous and the net result is that Canadian games are by far some of the best in the world.” –Chris Charla, director of Microsoft Corp.’s independent developer program for Xbox

Being a proud Canadian and a proud gamer, news like this pleases me very much!

“Writing Indie Games Is Like Being a Musician. In the Bad Way”

There may actually be a few indie games being developed in garages. According to Spiderweb Software’s Jeff Vogel, independent game development is following the garage band trend of old, where young creative types fiddle around for a while before moving on to “real” careers.

The Witcher Franchise Tops 25M Copies Sold, Though its Creator Sees None of the Profits 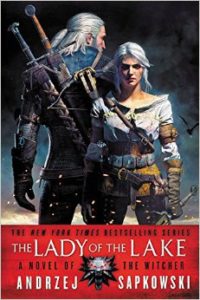 While CD Projekt Red, the game’s developer, reports strong sales last year for the 2015 game and its DLC, and the series itself has sold over 25 million copies, but Sapkowski sees none of those residual profits. In a Eurogamer interview, he notes with no animosity that that’s simply how the deal was struck. Though I haven’t added my current playthrough of The Witcher 3: Wild Hunt to my Witcher Diaries, I am quite enjoying Geralt’s growth and development, as well as the changes in the series’ treatment of its female characters, something that perhaps was, initially, one of the reasons why The Witcher’s author, Andrzej Sapkowski, was not fond of the Geralt that was presented in the first game. After reading the collection of short stories in The Last Wish, I’d have to agree. While the first game turned sex into a Pokemon-like gotta-bed-’em-all endeavor, the book featured a Geralt who had a healthy fondness for women that was well balanced with respect.

The Wiedźmin series has a cult following in Sapkowski’s homeland of Poland, Russia, and other European countries and has been steadily translated into English and other languages since their initial publication. The books and the game share similarities in characters and major plot elements, but their stories diverge in many ways. The latest book, The Lady of the Lake, was released last month, featuring Geralt and Ciri as they appear in The Witcher 3. 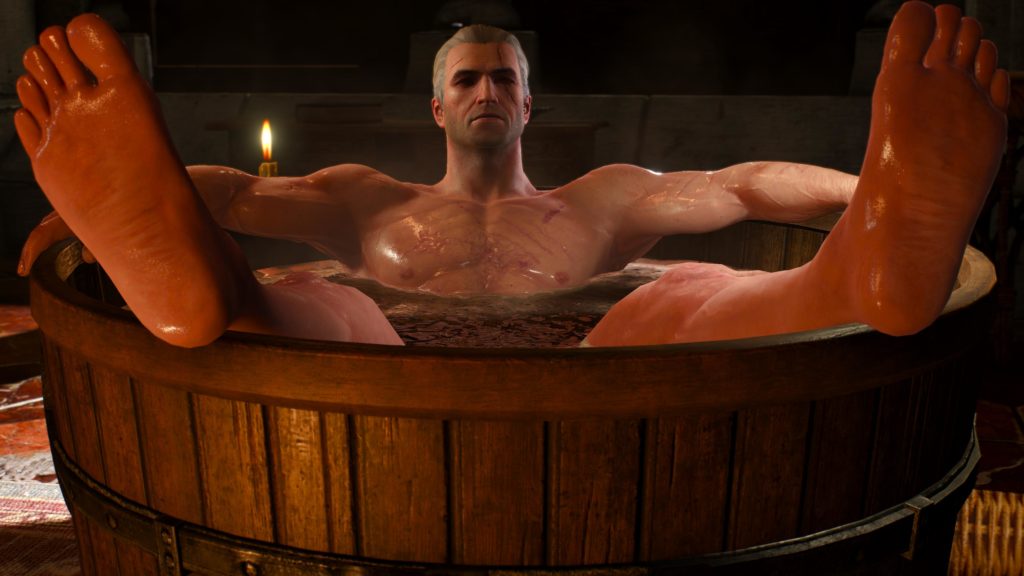