Get Your Game On: The Countdown to Mass Effect Andromeda

Mass Effect Andromeda has officially gone gold (the industry term for completion), and news and teasers continue to pour in, titillating anxious BioWare fans like me. We now know the recommended specs to house the game. For me, the minimum 55 GB space requirement means I need to do some soul searching regarding what games to clear off of my laptop in order to make room. The wise decision would be to uninstall my previous BioWare games, but LOLno. What if Alistair or Garrus still need me???

Paying very close attention to Dormer’s interview, I can summarize it as follows:

“Dormer’s character has lots of depth and provides emotional support and yes, we can bang.”

Marvel games can tell their own stories

Marvel games will not be bound to the canon of the comics, Marvel Games Creative Director Bill Rosemann told IGN at the D.I.C.E. 2017 Summit.

“We want all of our games to tell an original, all new story. We want [our development partners] to have passion, we want them to put their stamp on the games. It’s their game. We want it to be their vision.”

The characters and stories will obviously stem from the existing lore of either the comics or the cinematic universe, leveraging the familiarity with current brands such as Telltale Games’ upcoming Guardians of the Galaxy story, but Marvel Games’ does not intend to enforce a game’s development timeline to coincide with the other media. This also implies that characters and their stories will get to push greater boundaries than we may be seeing in the comics, movies, and TV shows. Here’s hoping for greater diversity and inclusion!

CCP Games, creators of EVE Online, announced their collaboration with Massively Multiplayer Online Science (MMOS), Reykjavik University, and the University of Geneva to crowdsource the hunt for planets outside of our solar system. In game, “Project Discovery’s” previous crowdsourcing citizen science endeavour saw the submission of over 25 million classifications of human cells from players, which is being used by the Human Protein Atlas to map the proteins in the human body.

“In searching for the next dataset for our massive player community to tackle, the stars aligned for players to have the opportunity to directly contribute to the search for new planets with a world-renowned scientific team. Real people around the world collaborating in a virtual universe to explore the real universe is the stuff science fiction, and soon science fact, is made of.” — Andie Nordgren, EVE Online Executive Producer 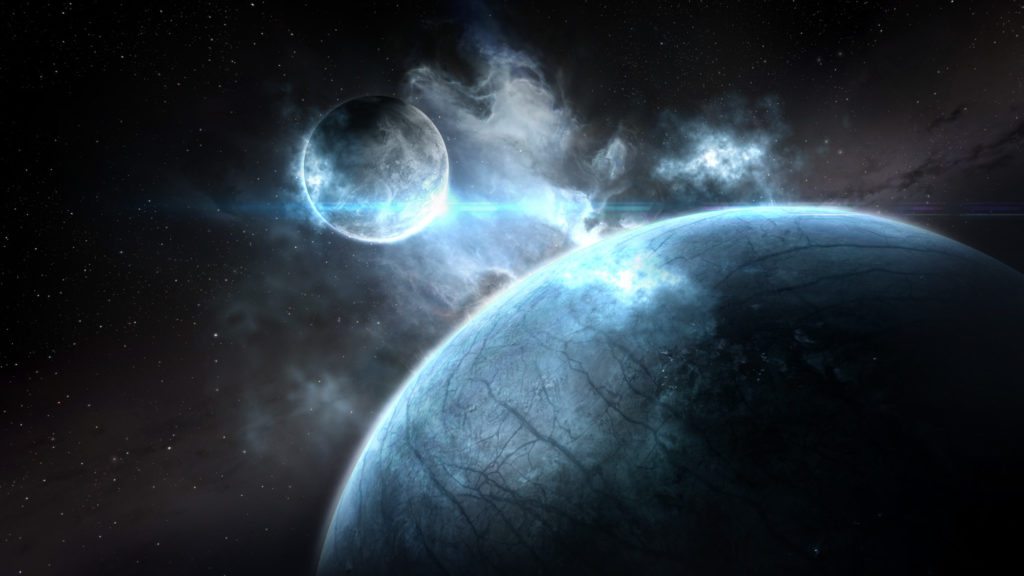 Hunting for exoplanets in EVE Online

Walden Pond is a lake in Concord, Massachusetts in the United States. It is where American philosopher Henry David Thoreau once spent time experimenting in self-reliant living. This is the inspiration for the game, Walden, that allows players to simulate this experience over the course of a year (six hours in game time). The project, lead Tracy J. Fullerton, the director of the Game Innovation Lab at the University of Southern California School of Cinematic Arts, is now almost a decade in the making and has received funding from the National Endowment for the Arts and the National Endowment for the Humanities.  There is no treasure to find, no bosses to kill, no hapless victims to rescue. The focus of the game is entirely on connecting with the natural world and challenging our culture of immediate gratification. There is great irony in this experience being presented through a video game, considering Thoreau’s views on technology as a distraction from “serious things.”

If you’ve never played Banner Saga or Banner Saga 2 before or want to revisit the acclaimed game, Twitch Prime (Amazon Prime) members can play both games for free. Better yet, for every download of the game through the Twitch launcher, Amazon will contribute a dollar toward the Banner Saga 3 Kickstarter, up to $200,000. That’s some pretty impressive corporate support and faith in a project that has already leaped beyond its $200,000 goal.