Disappointment aside, I quickly grew angry. Like I said, why do we need to know this? They’re even including the weights of the alien characters. I’m angry as a fat woman who loves games. I’m angry as a woman who has struggled with her weight and body image and has done many unhealthy things to her body as a result. I’m lucky in that I don’t find things like this actively triggering, but I know there are a lot of people that do, and I’m angry on their behalf too. I shouldn’t have even been surprised though, because video games as a medium are notoriously terrible for being overtly and casually fatphobic, and this is just one thing in a long line of things I have experienced playing games.

It really shouldn’t come as a surprise to anyone that games are fatphobic. This is, after all, a medium that frequently uses an actress’s likeness or even performance captures their entire body and then “enhances” it by giving her more “sex appeal” (See: Lawson, Miranda). And these are women whose jobs are literally to have “good” bodies. It’s also the medium that brought us Fat Princess, or “Feeder Fetish: The Game,” as I like to call it. But this is far from the only ways that games are fatphobic. Most often, fat people are erased from game worlds entirely, and everyone has pretty much exactly the same body models no matter who they are. But when fatness is included in games it tends to be in three different ways, as Others, as Mothers or as Monsters. There are of course exceptions to this, but these are the most common categories.

Othering fatness is pretty simple: it means that the only fat characters you might see in a game are a fantasy or alien race that’s not human. So for example, dwarves in pretty much any fantasy RPG, the qunari and krogan women in BioWare games, things like that. But even still, these character designs tend to fall into the category of “acceptable” fatness, where a woman’s waist-hip ratio is very hourglass, they’re just bigger than the average character model. Yes, even the krogan, who are giant lizard women. Much in the same way that using fantasy/alien race analogues in lieu of including people of colour in a game, it creates the illusion of body diversity without actually having any real body diversity. 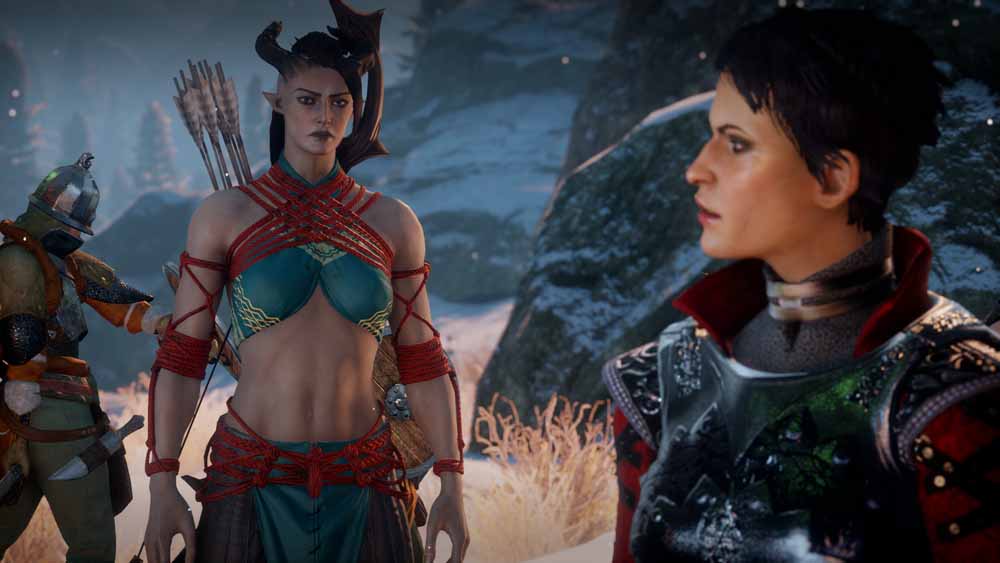 But othering fatness in this way is also alienating because it reinforces the idea that human women have to look a certain way, and can only have a certain kind of body shape, when that’s not reality at all. For a long time I think that technology has held games back a bit in this regard, because obviously it’s much easier to just use the same body model for everyone in a game, but people do need to realize that this is alienating and shouldn’t be the standard anymore. I think technology is finally in a place where we can and should be moving away from that.

The mother trope is also fairly easy to explain: you’re much more likely to see fat characters in a game if they’re a mother or a mother figure. Of course, this will be the only thing you know about them, and usually they die. This trope is used a lot in Telltale’s The Walking Dead series. The mother trope marginalizes fat bodies again by saying “it’s acceptable to be fat if you’re a virtuous mom figure but pretty much at no other time.” Fat women in games never get to be the heroine, and they definitely never get to be portrayed as sexual figures. Again it creates the illusion of body diversity while not actually being that diverse. Plus moms in games almost always die, if they’re not already dead to begin with. 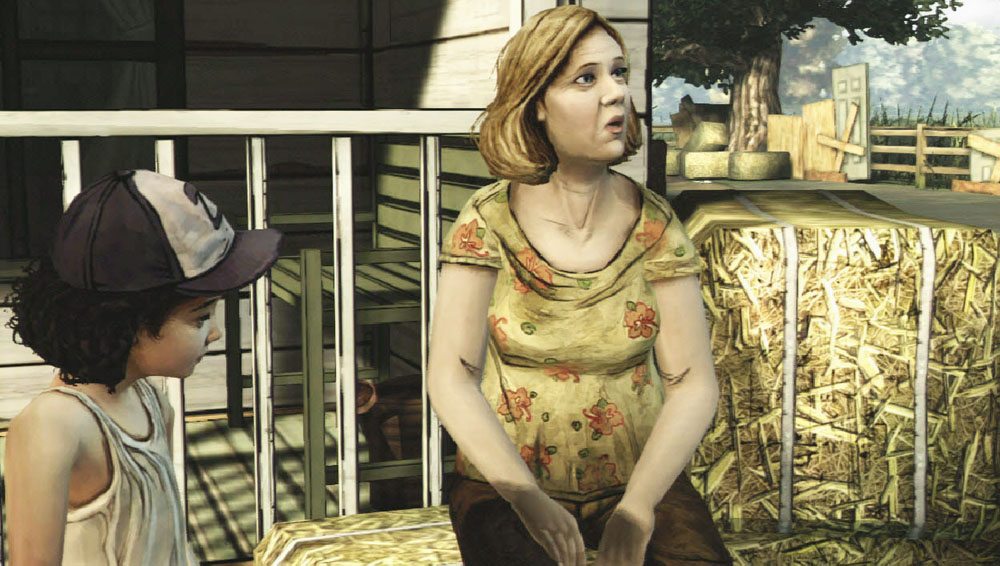 The monster trope is probably the most insidious, and the one that I have a harder time dealing with personally. And of course I mean “monster” in the literal and the metaphorical sense. This is an old-ass trope, y’all. Like, so old it’s in Shakespeare. It’s basically the beauty is virtuous, ugliness is evil/corruption trope, but updated for the 20th century with a fatphobic twist. This means that fat characters are more often the evil characters. And when I say this is a trope that’s so old it’s in Shakespeare, I am not exaggerating: in Richard III, Richard’s deformity is greatly exaggerated to show the depths of his moral corruption. This was 100% on purpose because Richard III is a play literally about the beginnings of the house of Tudor, aka the royal house that Queen Elizabeth I belonged to. We know for a fact that it’s been exaggerated since finding the doomed king’s final resting place in 2012.

The Witcher 3 is a game that employs this trope a lot, though mostly for male characters. It prefers to the use the Mother trope for fat women, for the most part. Several evil or corrupt character in that game are fat, and are the only fat people in the game, namely the Bloody Baron and Dijkstra. If you meet a fat dude in The Witcher, he’s probably terrible for one reason or the other.

Then there is the literal monster trope. This is something I notice game designers do with female-looking monsters more than male ones. Fatness is the easiest visual shorthand for “this is disgusting” in our culture, which is exactly why this move is fatphobic. Think for example, of the Broodmother from Dragon Age: Origins, literally a corrupted dwarven woman forced to give birth to monster babies for the rest of her life. She is a caricature of the morbidly obese, drooling and corrupted and spitting acid. The creatures she gives birth to are naturally all male, and get to be unnaturally muscular, in contrast. We are meant to find her disgusting, and I hate that the corruption of her bodily consent was not enough to elicit horror and revulsion in players. BioWare is also guilty of doing this again in Mass Effect 3 with the asari banshees, their corrupted Reaper form. They’re essentially just a taller, pointier, scarier version of an asari, but of course she is also hunched and sports a potbelly. I always have to roll my eyes when I get to a line in that game where someone says something along the lines of “Look what they did to the most beautiful race in the galaxy.” That line feels particularly pointed when you’re a fat woman. 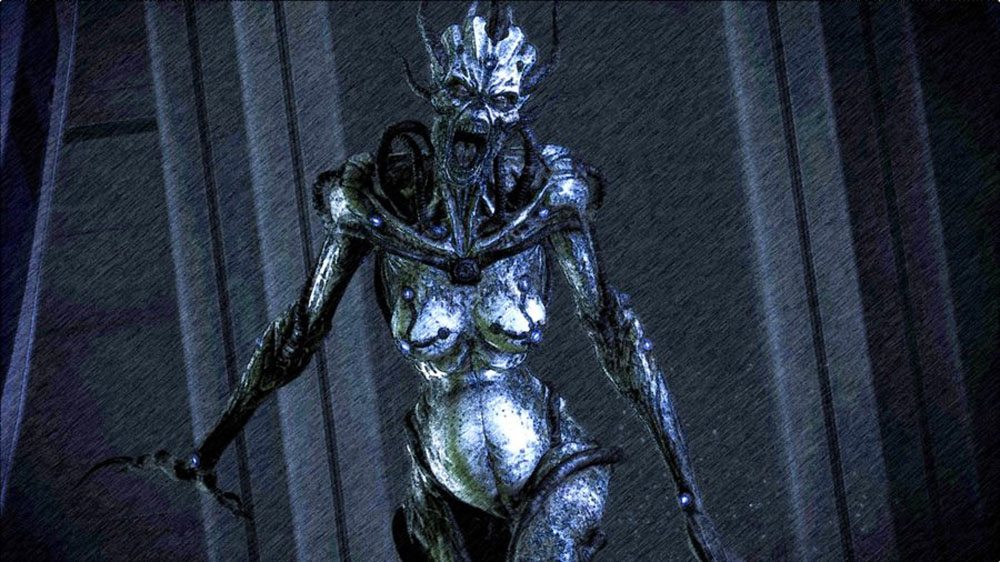 All that said, things are slowly inching towards progress. Overwatch in particular has done a lot to show that body diversity can sell, and sell really well, which is always the first path to change. There are definitely more games out there that do allow for body customization in their character creators (like Saints Row IV, Fallout 4 and Black Desert Online), but even in those cases the majority of NPCs still have the culturally accepted body types (aka thin). Fallout 4 in particular was really bad about this. I think I saw maybe two NPCs in the whole game who were plus size, and I went to literally every location on the map. None of your companions are either.

But Saints Row IV takes on special meaning by allowing players to customize their body type and gender, taking it from a game that’s a bro-dude power fantasy, into a game that’s a fat woman’s power fantasy. The Boss is a great character to play as a fat woman, because she is the definition of someone who takes up space, something that fat women in particular are conditioned to avoid at all costs. She’s loud, she’s destructive, she has sex with all her coworkers, and she can walk into any clothing store and come out with any item of clothing and it fits. Best of all, the game rewards you for this. The whole point of Saints Row IV is to be Too Much, and actually getting to play that as a woman who kind of looks like me was incredibly empowering. 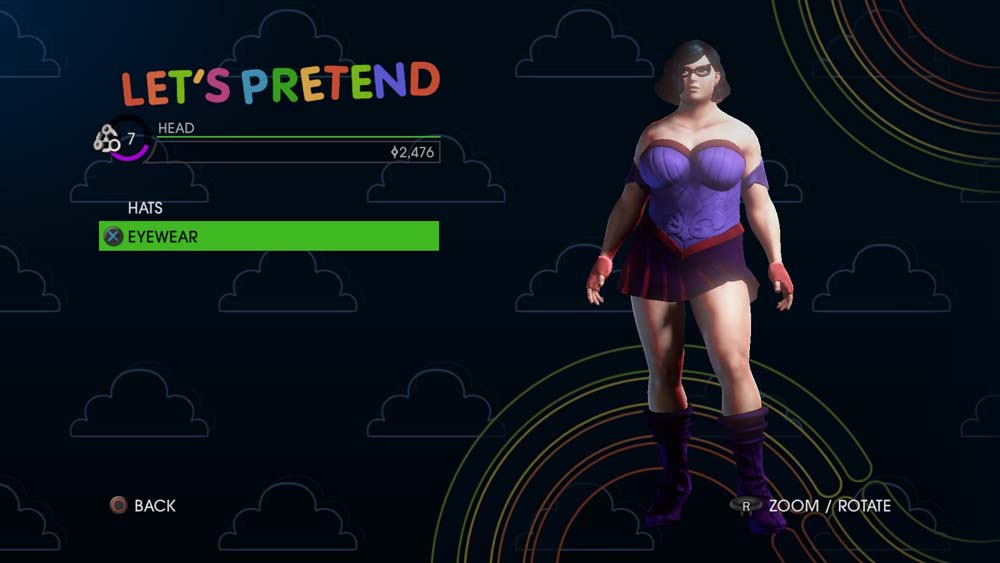 It’s long since time we had more games like this, and I really don’t think that game designers any longer have much of an excuse. Other games have shown that it is possible to make body diversity a priority. The technology has never been better to allow for more body types in a game. The body positive movement has never had a louder voice, and other industries have started making it a priority, including the very resistant and fatphobic fashion industry. I want to see more game characters that look like plus size model Tess Holliday and model, fashion blogger and designer Gabi Gregg, and I want these characters to get the same storylines as any other game character would. I want to be able to load up a character creator and make a character that actually looks like me (rounded belly and all), something that I’ve seen my straight size friends do often but that I have never, ever been able to do. After decades of micro-aggressions in games (and a lifetime of it in real life), it’s the least that plus size gamers deserve.

P.S. Please do not give me the “but fat people aren’t physically capable of doing all the physical things in games” excuse because 95% of what happens in games are not physically possible. Read this article about plus size Olympians instead.