I’ve always liked big guys. Despite being a short lady (or perhaps because of it), some part of me is intrinsically drawn to tall, boorish, weirdly animal-like men. I’ve got a mental vault of inappropriate fantasies about characters like Killer Croc, Obadiah Horn, and zombie Gregor Clegane—fantasies that are probably rooted in my childhood love of Prince Adam’s barbarous visage in Beauty and the Beast, or maybe even further back, in the days of Johnny Bravo (damn, those muscles were huge!) and Dragon Tales (damn, those… scales were shiny?). 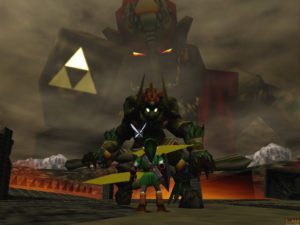 When it comes down to it, the bigger (and badder) the better, and there aren’t many characters bigger or badder than one of gaming’s original big bads: the Great King of Evil—Ganondorf. There’s something about those fire-kissed curls, that sun-ravaged skin, and his massive, intricately detailed armor… oof, he sends my heart a-hammerin’.

But Ganondorf gets a bad rap in the Legend of Zelda fanbase. From the very beginning, he’s set up as unquestionably evil. Not only did Fate cast him in the role of the most insidious piece of the Triforce, but he’s also foreign to the kingdom of Hyrule, which means any information we get about his backstory is colored by the perceptions of our protagonist (and, by extension, our own perceptions, since it’s typical for players to naturally sympathize with the character they’re playing). Essentially, we’re told right off that bat that Ganondorf is 100% evil—and we’re not given any space to question that fact.

So here are the facts (loosely pulled together from the mess that is the Legend of Zelda’s timeline):

Ganondorf is the reincarnation of the emotions of a powerful demonic king. He’s a child of prophecy, the result of a century-long cycle that limits the gene pool of his species, the Gerudo, a group of reclusive and well-tanned thieves. He’s born a king amongst a society of women and he’s taken in by a pair of powerful twin witches who act as his surrogate mothers, where he’s raised in the rugged terrain of the desert. He invades the kingdom of Hyrule and tracks down the mythical Triforce, a relic that is supposed to grant him a wish. Instead the Triforce shatters into pieces when he tries to use it, leaving him to rule over Hyrule until he is/is not defeated (depending on the timeline) by a young hero named Link, which sends him into a predestined spiral of conflict and turmoil.

It’s easy to look at the plot outline and see the evil. It’s easy to say that the Gerudo were a race of liars and thieves, that Ganondorf was raised to be selfish and cruel from the start. It’s easy to demonize him for invading Hyrule (especially when you see the dark and stormy cutscenes from Ocarina of Time—childhood sexy nightmare fuel, thanks), and it’s easy to hate him when you step forward seven years in time and find a city cowering in terror under his rule.

It’s really, really easy to typecast Ganondorf as the villain. 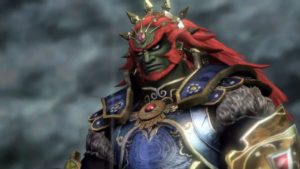 But when I think of Ganondorf, I think about a child born with the spirit of Demise coiled around his heart—a child teeming with a supernatural rage and hatred, struggling to control an innate magical prowess that he can’t fully understand. I imagine him as an outcast from his peers because of his gender and I think about all of the bitter glares aimed at him out of jealousy and spite over how easily he fell into his position of power in Gerudo society. I cringe when I imagine the heat of that treacherous sun, and I see him slaughtering travelers for the water and food that keeps his people on the threshold of survival while the nation next door lives in excess and prosperity. I like to imagine him quietly buckling under the pressures of kinghood. I see his (massive) hands clench into fists in a silent promise to lead his people to a better life, only to have his dreams (and the Triforce) crumble in his hands—the tragedy of being told that all of his efforts weren’t good enough, that he’s not good enough…

It’s really easy to see Ganondorf as the villain. But, as a writer, I’m drawn to the characters that never get the chance to have their story told. My mind loves to spin scenes to fill in the gaps that the character’s original creators have left behind (and when it comes to the Legend of Zelda, there are a lot of gaps). Ganondorf’s an evil badass, and I’ll always love him for that—but damn, can’t there be more?

(Also, his thighs are hella beefy and he turns into a gargantuan pig, so…) 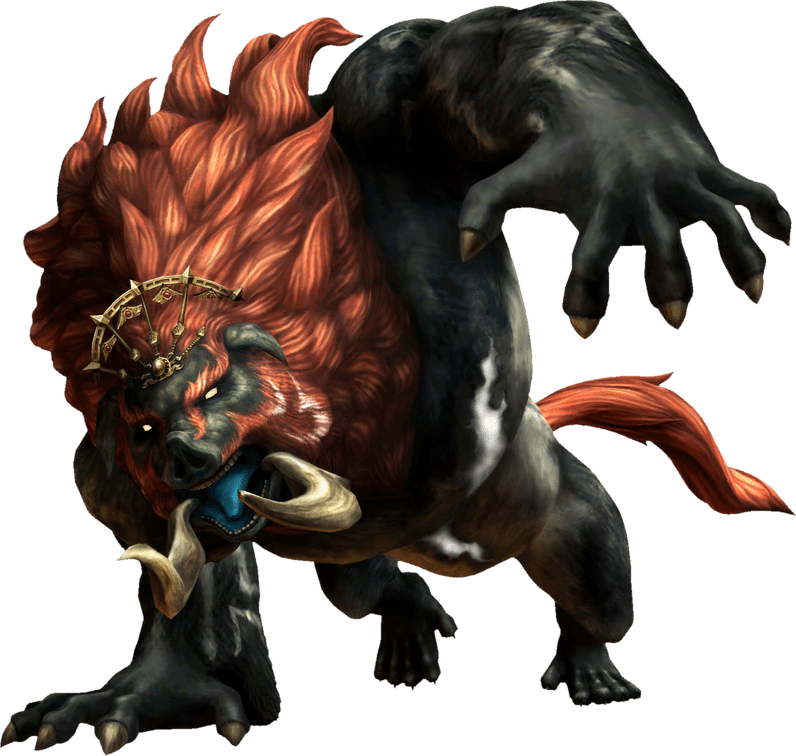 Read the rest of the Hot Dads of Gaming series.