Nintendo Switch information was finally released on January 1, 2017. While there was a ton of information dropped, we can expect even more news to be released over the coming days as Nintendo does streams, developers share news, and so on. 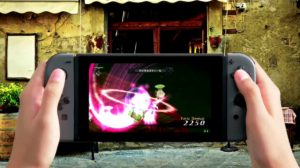 With 80 titles actively in development, there are a ton of things for us to hear about, even if most are likely ports. The general buzz around the reveals seemed to be hype from members of the comics community, although there were some differing views put on display. The console is launching on March 3rd, so soon enough we’ll be getting impressions of the console from people who own it. Until then, let’s go over some of the information.

They talked all about random new controller features, which are called Joy-Cons, but that doesn’t really matter unless it’s tied to a game. What does matter is the games, and listing them all would waste a lot of your time. Instead, check out this list of the games confirmed for Switch in Japan, though it is missing launch title Has-Been Hero, and keep in mind western indie devs have confirmed Switch games in development too. The ones I am aware of are Shovel Knight, a Steam World title, Binding of Issac, Minecraft Story Mode, Skylanders Imaginators SP, Rime, Lego City Undercover, and Redout. The developers of Stardew Valley and Yooka Laylee also said that they were looking into porting to the switch after canceling the Wii U versions of their games. A Pokemon game was also confirmed to be in development for the Switch before we even knew the name of the console. 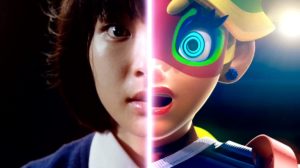 The Nintendo Switch Controllers are very overpriced at $80, or $50 for a half of a set. Launch game prices range from $20 (Has-Been Hero) to a massive $130 for a Legend Of Zelda: Breath of the Wild collector’s edition. The standard price seems to be $50 or $60, similar to the Wii U.

Sadly, Nintendo also joins the world of paid online. While this promises to add new features, a big selling point of Nintendo’s previous consoles were that if you already paid for internet there wasn’t an additional fee to engage with friends. This could be better than I personally expect, but until more details are announced I will reserve further judgment.

Personally, the Nintendo Switch has yet to sell me on needing the console at launch. As a big fan of the Fire Emblem, Splatoon, Shin Megami Tensei, and Pokemon series, there are already titles that interest me, but these game releases are vague at best. There are a lot of really cheesy looking games, like Arms and 1, 2, Switch. I’m also a bit let down at the low amount of playable female characters shown, although many of these games will likely have the option to play as different genders in-game. Still, as new details emerge, my choice between waiting on this and getting a PS4 or just going straight into Switch will be made.