Get Your Game on Wednesday: Rainbow Town & the Demogorgon!

Howdy, gaming lovelies! I’m taking a break from convention recovery (last weekend was my first con of the new year!) to tell you all about the latest and greatest game news! Next week, I’ll be heading to PAX South, so if you’re there, give me a shout out! 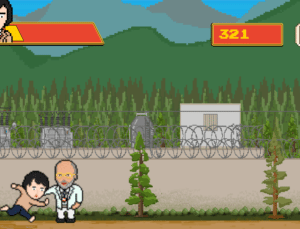 Need a morning break? Check out Netflix’s free-to-play browser-based arcade. It’s a simple 8-bit endless runner game but worth your 10am coffee break. The arcade offers four different characters each from their respective shows: Mike Wheeler from Stranger Things, Piper Chapman from Orange Is The New Black, Pablo Escobar from Narcos, and Marco Polo from the show of the same name. 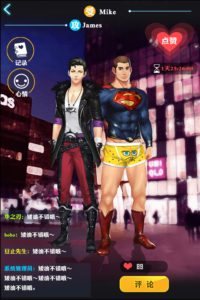 On the verge: Rainbow Town, the gayest game, almost ready for release in China

In what might be the first Chinese video game aimed at China’s LGBT community, Rainbow Town is filled with dreamy half-naked hunks. The game developer is trying to avoid raising the ire of the censors by keeping it light and cute. Players can have dates, go to fashion shows or play mini-games. Rainbow Town is scheduled for launch in early March. 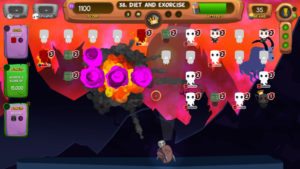 Change from the ground up: Embracing diversity at the morning developer stand-up

Loving this story out of Seattle on the University of Washington Bothell’s Digital Future Lab. The lab’s team of more than 4o students and a small professional staff are tackling diversity issues from the ground up. From something as simple as doing introductions with preferred pronouns in their morning meetings, the lab is working on creating a space where diverse voices are encouraged. You can check out the lab’s recent game, Ghostlight Manor, on Steam.