Hot Dads of Gaming: Bowser is The Most Underrated Hot Dad in Gaming

Hot Dads are everywhere right now. In TV and movies, the Hot Dad is often (but not always) a single father. He holds down a challenging job while raising children. Or he fights zombies while raising children. Or whatever it is Ned Stark did. He doesn’t always get it right, especially with his daughter, but he’s trying hard, and there’s sensitivity behind those piercing grey eyes. He’s fiercely protective of his kids, which can make it hard for him to let people in. Oh, and he’s super hot.

The Hot Dad is so firmly established in our collective psyche, it’s no wonder he’s started popping up in games. Gaming Hot Dads are big on complexity, grit, and stubble. Hot Game Dad might not always be a biological dad, but he has child(ren) to protect from the horrors of their world, and getting it wrong could have fatal consequences. From Heavy Rain, via The Last of Us, to the recent trailer for Death Stranding, it’s clear games have started to address the responsibilities and anxieties implicit in fatherhood. Not coincidentally, this theme has started to appear as the core audience of this type of game reaches the age where they have kids of their own.

From a social perspective, the Hot Dad is presented as an object for the female gaze; he’s handsome in a non-threatening way, and he demonstrates traits that are supposed to appeal to women: Responsibility, sensitivity, and capability for love. The ubiquity of Hot Dads in media right now is symptomatic of a wider cultural issue in the West where men are celebrated for participating in parenthood, even when doing the bare minimum. Recent discourse about the Dad Bod, the phenomenon where men with average bodies are perceived as more attractive by women because they look like they will be good fathers, is another facet of this same issue.

Part of Hot Dad’s appeal is that he’s fallible; we are supposed to feel that he “needs” a woman to help him raise his children, to hold his hand when he struggles, to tell him he did a good job, to pick up the pieces that he drops. In Heavy Rain, after Ethan’s divorce (precipitated by the worst thing that could happen to a parent) it seems that without his wife helping him raise his surviving son, Ethan can barely keep him home clean.

But there’s one Hot Game Dad who doesn’t fit these stereotypes. He’s a supportive single dad to seven confident, independent children. He’s successful enough in his chosen field that he can provide his kids with homes and vehicles; at the same time, he still finds time for sport and play with his children. Far from being a brooding loner, he has an active social life.

He’s tall, with a blaze of red hair and a muscular physique, and on top of that he has a great sense of humor, he’s adventurous, spontaneous, and romantic. And, if he sounds like your type, you should know he’s looking for a stable relationship. 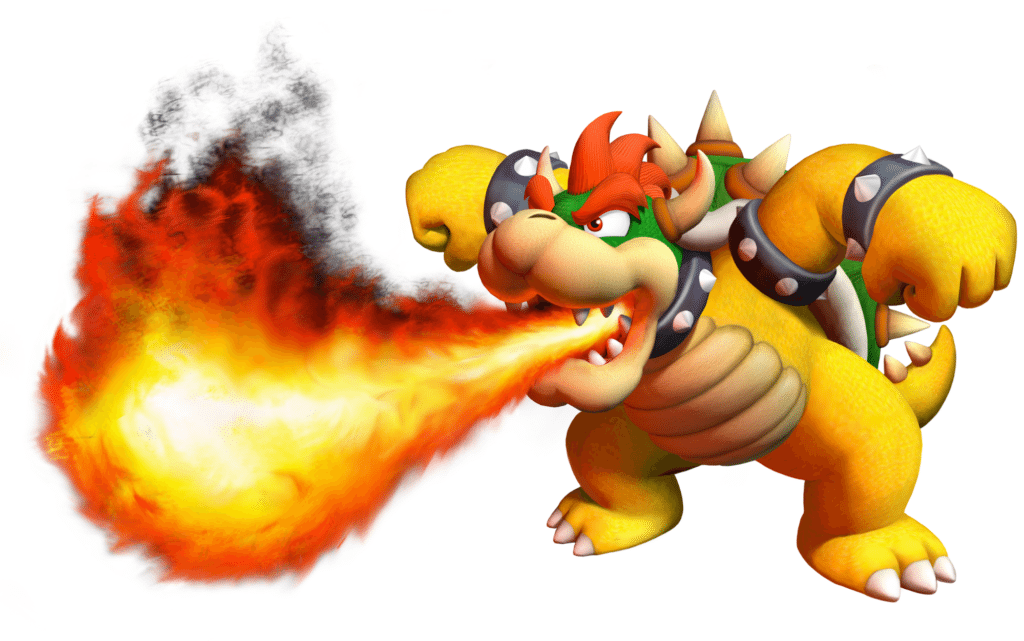 Bowser Koopa has been around since 1985 when he first invaded the Mushroom Kingdom with his army of Koopa Troopas, but he’s only had official Dad Status since 1988 when the gaming world was introduced to his kids, the Koopalings. (Nintendo has since gone back and forth on the status of the Koopalings, including stating in 2012 that “Bowser’s only child is Bowser Jr., and we do not know who the mother is.” Bowser Jr. first appeared in 2002 in Super Mario Sunshine.)

Most people’s first thoughts about Bowser might be that he’s a serial kidnapper, but I’m here to tell you he’s actually a serious contender for #1 Hot Game Dad. Here’s 5 good reasons why:

Whether you consider the Koopalings Bowser’s children or only believe in the legitimacy of Bowser Jr., there’s no denying that he supports his dependents every way he can. Each of the Koopalings have castles, flying boats, and other luxuries courtesy of King Koopa. For many dads, this kind of financial support would be enough, but Bowser seems to take an interest in the Koopalings’ hobbies and shows genuine enjoyment playing games with them. In classic dad style, he never goes easy on his kids; he’s as competitive in a Smash Bros. arena as he is on the go-kart track. 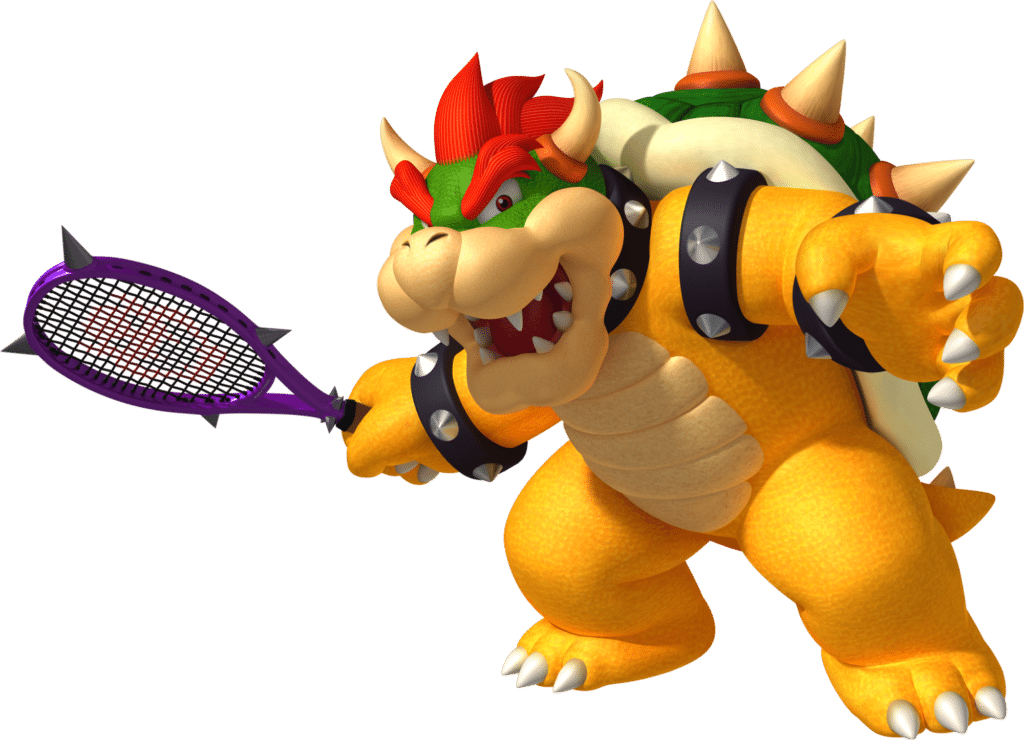 Compared to some other holders of the Hot Dad title, Bowser is an exceptional father, financially supportive, emotionally present, and encouraging of his kids’ ambitions. And while we’re discussing his castles…

Bowser is a literal king, which is a pretty excellent job, and he has a castle and at least one flying pirate ship. Actually, on more than one occasion, he’s made his castle fly, which probably adds to property value. He employs a huge and attentive staff who show a lot of loyalty to the boss.

Basically, Bowser’s got money, and if you care about that kind of thing, it’s got to factor into your consideration of his Hot Dad status. He could definitely afford to treat you, and he probably would, because…

I’m not here to make any excuses for Bowser’s behavior with Peach. In my opinion, it’s ambiguous how Peach feels about Bowser’s persistent harassment; across a huge range of games, her reaction has ranged from rage to mild annoyance, and this is further confused by her willingness to play golf, tennis, and go-karting with him in social and even one-on-one situations. But kidnapping is kidnapping and we can’t gloss over that.

As a society, we should reject the idea that abusive behavior (such as keeping someone in your castle without their permission) is romantic. But Bowser does have a romantic side. He really does love Peach, and he believes that she could learn to love him. Behind his many misguided efforts to show her this there are some genuine moments of tenderness. His diary entries in Paper Mario express real hope that her feelings to him will change, and in Mario & Luigi: Bowser’s Inside Story we learn that Bowser’s most precious memory is of Peach. In the same game he helps rescue Peach from being kidnapped by Fawful.

A generous interpretation of Bowser’s actions would be as well-meaning but clumsy declarations of love. If you’re into guys who are spontaneous and just a little assertive, King Koopa might just be the Hot Dad for you, especially as…

As previously mentioned, Bowser loves to take part in sports and games, including go-karting, soccer, tennis, golf, and board games. If Bowser was your boyfriend, you’d get to go on a lot of exciting, adventurous dates. 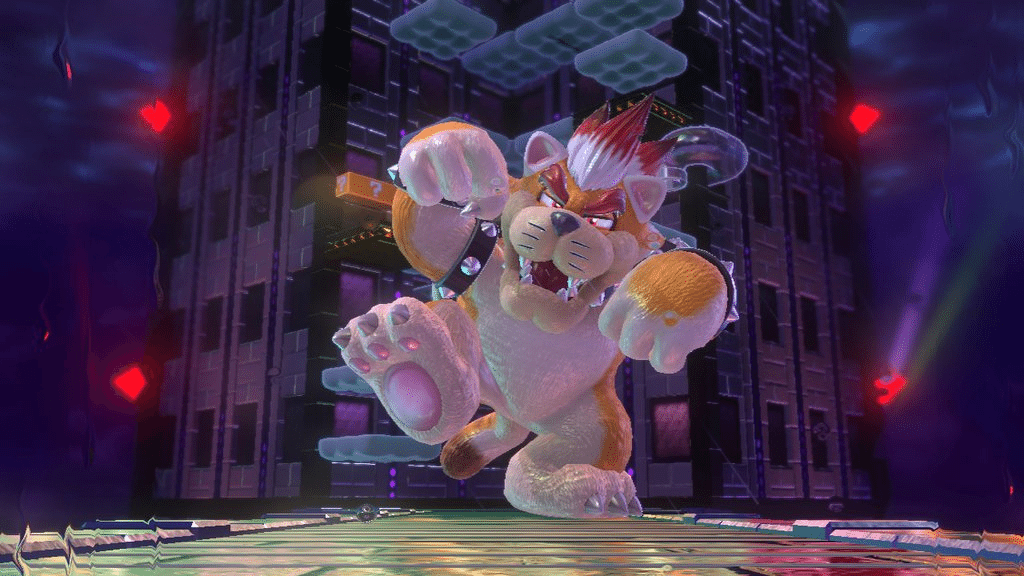 Having a crush on a turtle is fine, but a turtle dressed as a cat?

But he’s also got a fun personality; in the Mario & Luigi and Paper Mario in particular, his sense of humor shines. He laughs often (and only sometimes maniacally) and loves to make jokes. He’s also not afraid to dress up and goof off. I admit to particular fondness for Tanooki Bowser and Cat Bowser from Super Mario 3D World, but that is probably because I have unaddressed furry tendencies.

Despite often being defeated and knocked back, Bowser shows amazing tenacity. He’s not the type to just roll over and give up. He keeps trying, and he does it with a smile on his face. And on top of that…

He’s so buff! And he sets it off with those leather studded arm straps; they show just the right side of “daddy.” He’s got amazing hair (The colour! The volume!) and striking eyes. He’s got great teeth, which he shows often with his nice smile. Big arms, thick thighs, strong hands, horns, eight feet tall, spiky shell, breathes fire…I need to lie down for a minute.

Read the rest of the Hot Dads of Gaming series.