I’m still recovering from this past weekend’s Extra Life 2016 gaming marathon, but loss of sleep was well worth it. Along with thousands of other gamers all over the continent and beyond, we raised over $6.6 million for Children’s Miracle Network Hospitals. This is my fifth year as a participant, and I’m proud to have my daughters joining me in the process, though they were disappointed that I did not let them stay up all night.

While we were gaming our hearts out #ForTheKids, the gaming industry continued to bustle along. Here are a few highlights.

Blizzard Entertainment probably had a few other things to announce at BlizzCon 2016 on November 5 and 6, but if my Twitter and tumblr dashboards are anything to go by, fans only had eyes for Sombra, the new character in Overwatch. Sombra has been hinted at and subsequently leaked a few times prior to the release of her official video, but now that she’s confirmed, the speculations about where she fits into the story and, more importantly, who she should be shipped with, are flying. The 30 year old Latinx hacker is another fantastic addition to the diverse Overwatch line-up. She is now playable on the game’s test server.

You know I can’t get through a games post without mentioning something about BioWare — especially with November 7th just passed. The auspicious day graced us with the latest Mass Effect: Andromeda trailer. While this trailer does look yummy, it does not answer the most important question: who do we get to romance??

Like many other fans, I was decked out in my N7 finest and already have plans for next year’s attire thanks to these additions to the BioWare Store line of apparel (also available at ThinkGeek). The Bioware Store also introduced the new Nomad ND1, which brings back fond memories of the Mako…

Make sure you’ve joined the Andromeda Initiative to find out more about the upcoming game.

The union representing voice actors, SAG-AFTRA, continues to strike certain gaming companies after negotiations failed almost two weeks ago, with picket lines being organized at WB Games this week. The main issue that caused SAG-AFTRA to walk away from the table is over residual payments, however, there are other factors concerning safety and transparency that the union wants addressed, particularly now that some companies want the voice actors to perform stunts for motion capture sequences. In terms of financial compensation, SAG-AFTRA is asking for a buy out option for “secondary compensation.” The companies have countered with a similar proposal that they call “additional compensation,” and claim that the union is now striking over semantics, but SAG-AFTRA adamantly holds that their proposal is a fair compromise that “reflect[s] the respect our members deserve for contributing their creativity, voices and likenesses to the games they bring to life.” Furthermore, the union recognizes that the outcome of their negotiations will have an impact on other video game employees, who likewise deserve compensation relative to their contribution to a game, and to be treated ethically and with respect.

“[The companies] appear to be concerned that if they are seen to compromise with one group of employees, other groups of their employees might get ideas. This is not an industry with the best track record of labor practices. They have a long documented history of overworking their employees to the point of damaging their physical and emotional health. Our performers are at the vanguard of demanding better treatment, but they are surely not the only video game employees in need of it.” — SAG-AFTRA

Unfortunately, many of those other employees have no union to stand up for them, and cannot afford to risk their jobs by standing up on their own.

A detailed rundown of the strike is available here.

On a more a positive note, Blizzard Entertainment is not one of the companies named in the strike — implying that it is possible for a video game company to treat its employees right — and so we get to enjoy the adorable Overwatch cast on their recent tour of the Blizzard campus.

Choose Your Own Adventure Smut

Once upon a time, the enigmatic Chuck Tingle invaded the world of romance novels with his own brand of—um… how exactly do you categorize a book called Pounded in the Butt by My Own Butt? One day, game developer Zoë Quinn said, “Wanna make a game?” and Chuck Tingle replied, “Okay,” and now we are watching history unfold. The Kickstarter for the Chuck Tingle Digital Adventure game continues to bustle along towards its $69,420 goal. The latest announcement is the addition of Dante Basco to the voice cast. Bangarang, indeed.

My latest obsession is the television show Westworld which is a virtual video game for the elite of the future. You don’t have to be a gamer to appreciate it, nor would you have to be a gamer to play it. But if the show featured actual gamers in the wild west world, this is what we’d really be doing in each episode. 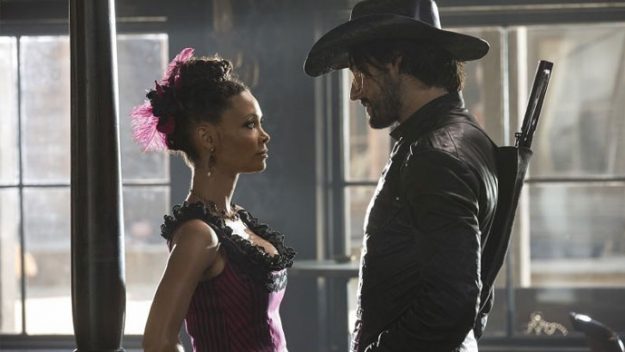 Want to see gaming’s past and future? Dive into the “educational” world of PLATO
Learn about the educational system that pioneered sports games, in-game chat, and simultaneous play.