Get Your Game On Wednesday: Send Your Voice to the Stars

Happy Wednesday, all you dice rollers, thumbstick pushers, and mouse clickers of the world! While I’ve been living in an Overwatch bubble since the recent free weekend, it seems as though the gaming world has continued on without me. Let’s catch up on this week together. 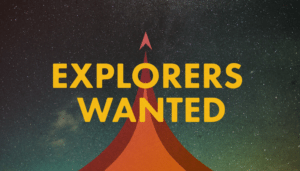 It’s no secret that many of us here at Women Write About Comics are BioWare fans. Whether we’re deep-diving into our headcanons or creating (and finding!) ourselves in titles like Mass Effect, the effects these games have on us are important. If you find yourself identifying, you’re in luck, because BioWare is holding a contest to find a fan willing to lend their voice to a character in the upcoming Mass Effect: Andromeda. I’ve already recorded mine, but I’m no actor; only time will tell if it ever sees the light of day.

Next up, somebody’s written a Stranger Things inspired campaign for one of my favorite tabletop systems, Dread! The best part? It’s free! All you’ll need is the basic rules, a Jenga set, and some friends to play with. I highly recommend it as a starting point for tabletop RPGs.

In significantly less-great news, the International Game Developers Association reports that the pay gaps between women and men and white workers and workers of color, including in management positions, are damning. 81 percent of workers of color reported making under $40,000 per year, while only 66 percent of white workers reported the same. It’s an eye-opening report, and a good reminder that we have to support marginalized people behind the scenes as well as on screen.

Game reviews are a contentious thing, but rarely do they lead to lawsuits. Digital Homicide claimed that Steam reviews of their game qualified as harassment thanks to Steam’s lax moderation of its reviews section, and subpoenaed information about anonymous users for use in suing Valve. Valve clapped back by removing Digital Homicide’s games from the Steam store, to which the developer responded by citing Steam’s lack of action against player-on-developer harassment. Regardless of where you stand in the fight, this is an important moment; will Steam take a stand against its largely unmoderated reviews, despite Digital Homicide’s less than savory actions?

Going For a Walk? Use the (Pokemon) Buddy System 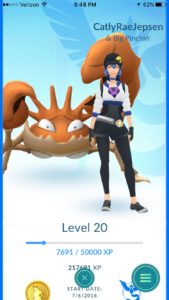 Pokemon GO might have seen a dip in players, but I and many others are still at it. A recent update allows players to assign a buddy Pokemon that will generate candy as you walk, bike, or otherwise move about the world. There were also some technical fixes, but I’m far more interested in having my buff babies at my side.

One of the things I appreciate about Hideo Kojima is his ability to take something as simple as a release date and make it into an even bigger mystery. When will Death Stranding come out? Before the Tokyo Olympic Games, and, inexplicably, before “the new Akira.” It’ll also feature a “new” form of co-op play, the potential for a female actor, and, undoubtedly, more mysteries yet to be revealed.